Michigan Wolverines vs. Wisconsin Badgers Betting Preview: Will Michigan Make It Out of Madison Still Undefeated? 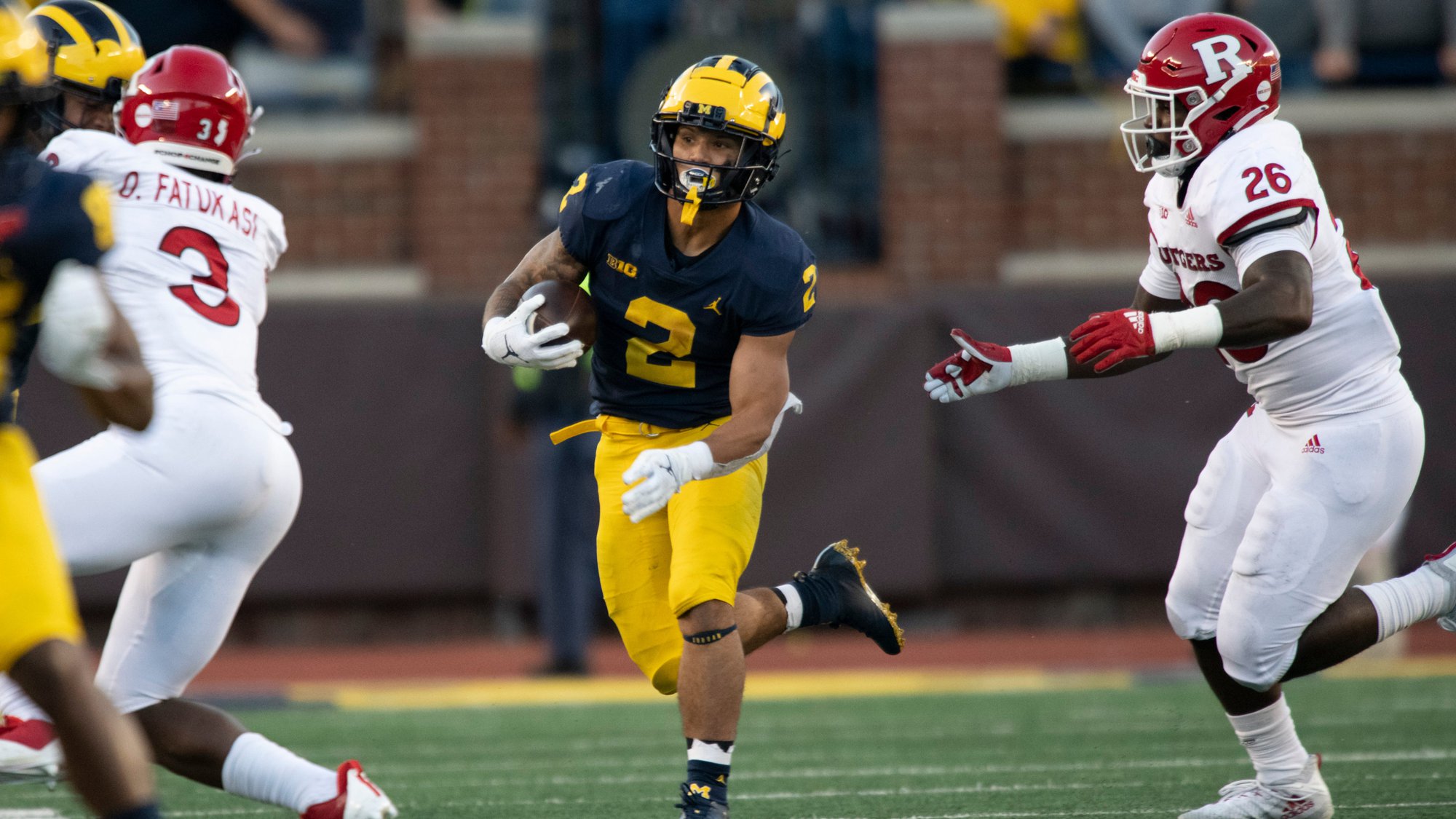 Michigan is still undefeated but last week’s win over Rutgers has not placed them in a flattering light as they hit the road to take on Wisconsin. It’s clear that the Wolverines still have some strides to make before they are to be taken seriously as a contender, but their trip to Madison offers them an opportunity to convince skeptics and college football bettors.

The narratives aren’t great on either side, and both teams enter this matchup with something to prove. Despite last week’s result, Wisconsin is favored to end Michigan’s undefeated run. But are the Badgers worth backing as a favorite at the moment, even at home?

Michigan Wolverines vs Wisconsin Badgers college football betting odds are via FanDuel Sportsbook as of Saturday, October 2, 2021 at 6:55 a.m. ET.

The Wolverines want wins and they don’t really care how they get them. In the past few seasons they have tried to “modernize” the offense, and the results just haven’t been there, for lots of reasons. This season they are gashing opponents on the ground, but as the competition stiffens that is going to be more challenging.

Last week against Rutgers they did not score in the second half, and that was against a defense nowhere near as good as Wisconsin’s. This is a game where they might actually need quarterback Cade McNamara to make a play, and we have yet to see much of that this season.

Michigan’s defense has been very stout this season, not giving up more than 14 points to any opponent. That “high” was against Western Michigan, a competitor in the MAC and a team with perhaps more going for it on offense than Wisconsin right now. Their ability to hold opponents down with their defense has been key, allowing them to be very conservative on offense. Playing with the lead allows this group to be aggressive too.

The Badgers gave up 41 points and lost by 28 to the Fighting Irish, but that final score is deceiving. If it was a rout from start to finish, Wisconsin would likely not be favored against Michigan, even with the Wolverines’ unconvincing showing against Rutgers.

The fourth quarterback was all the difference last week between Wisconsin and Notre Dame. The Badgers gave up three non-offensive touchdowns, one on a kickoff return and two on pick-sixes.

Quarterback Graham Mertz has been awful this season, and until the Badgers start getting steady play at that position, it is going to be hard for them to compete against quality college football teams. There is just no reason for defenses to honor the pass against Wisconsin, and combine that with an offensive line and running back group that is below standard, and you have the mess we are seeing.

On defense they are still very good. They are first in the nation against the run, giving up a paltry 23 yards per game. That is astounding and helps them to be second overall in yards allowed too. Against Michigan it is going to be strength against strength, and if the Badgers can limit the Wolverines on the ground, they can keep this one close. I wouldn’t put it past them either. They had success against Notre Dame and held Penn State to just 16 points too. With a more steady offense, Wisconsin could easily be 3-0.

This is a small spread, so taking the ML is no stretch. Michigan has not looked great, but they have been winning, and that’s where I lean here. I don’t trust the Wisconsin offense to be able to score enough to turn their season around this week. They won’t get run out of their own stadium, but they will find it hard to claw back once they fall behind. This is a game you want to watch but also don’t want to look directly at. It is going to hurt your eyes.