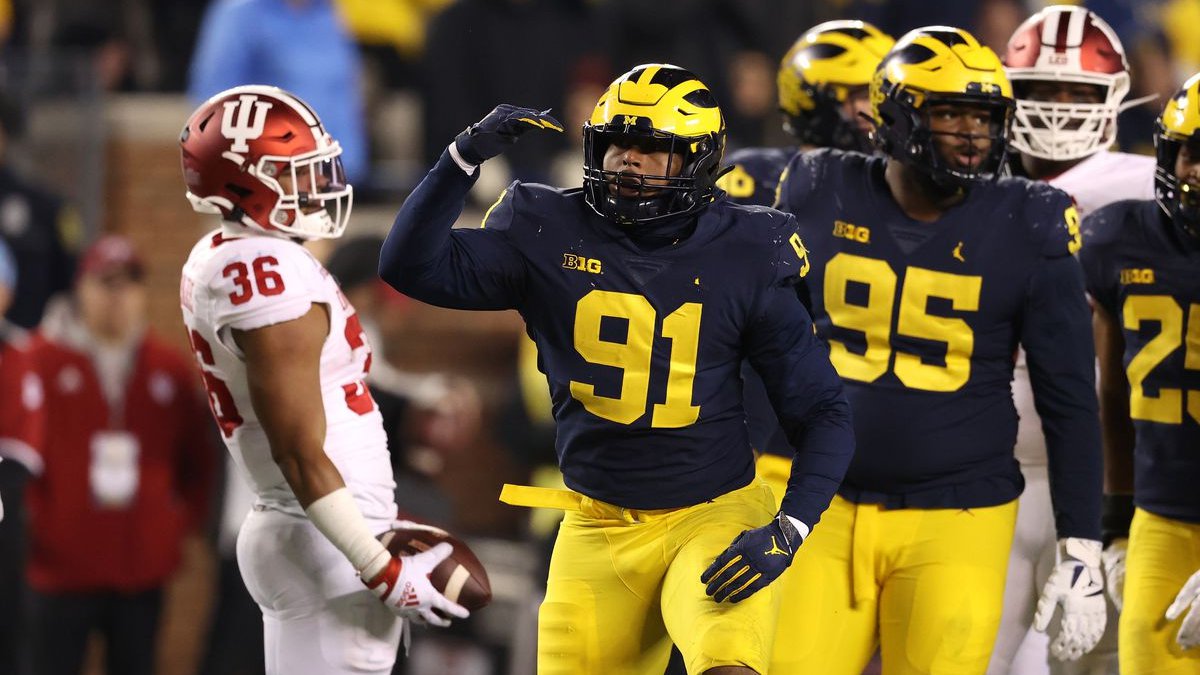 Michigan’s College Football Playoff hopes took a hit after their loss to Michigan State. But with the Spartans going down at Purdue last Saturday, the Wolverines are ahead of their in-state rival in the rankings. If they can win at Penn State and Maryland, their CFP hopes will stay alive at least until they host Ohio State to end the regular season.

Penn State still has a say in what happens in the Big Ten with this game against Michigan and a date with Michigan State to close the season.

The oddsmakers had this one at evens earlier in the week, but Michigan is now a slight favorite. That still feels a little generous to Penn State, who has dropped off since a 5-0 start.

Kudos to Michigan for bouncing back against Indiana last week. The Hoosiers are having a tough season, but I think there are many who thought the Wolverines would fold after losing to Michigan State. They were in control of that entire win over Indiana, with the defense shining, holding the Hoosiers to under 100 yards passing. It is a little concerning that Michigan’s own offense could not do more against IU though. It was a conservative game plan, and they will need to do more if they are going to win in Happy Valley.

Penn State also had a bounce back after a tough loss to Ohio State the week prior. Last week they beat Maryland as QB Sean Clifford had one of the best games of his career. Clifford threw for 363 yards and three touchdowns to elusive receiver Jahan Dotson, who is one of the best receivers in college football. They needed to move the ball with the Terrapins also having success through the air. Maryland passed for 371 yards but was done in by some turnovers. Penn State gets a totally different type of defensive assignment this week. Michigan wants to keep it on the ground. We will see how effective that approach is.

Both teams definitely have enough talent to beat the other. Penn State has an advantage playing at home, but those noon kickoffs can be a little sleepy. I like Michigan to get the job done in this one. Their defense is really good, and it gives them a chance to be patient with their offense. As long as they can cover Dotson, they should be able to hold the Nittany Lions in check.

The 2022 Formula 1 season is only six races deep, but the race for this season’s championship alerady appears to be down to just two drivers. Last season, Red Bull driver Max Verstappen claimed his first Formula 1 World Drivers’ Championship in highly controversial circumstances, with Lewis Hamilton denied what would have been a record-breaking END_OF_DOCUMENT_TOKEN_TO_BE_REPLACED