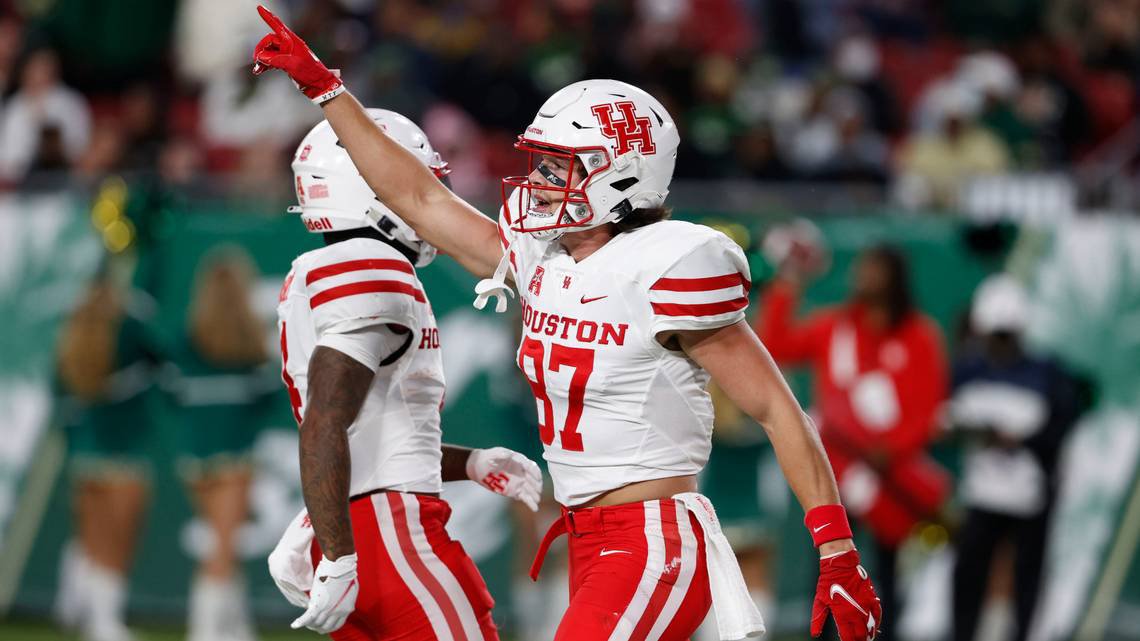 After years of sustained college football success, Memphis is having a down year and is not a factor in the AAC title race. But they have a couple of upset wins this season and have their sights set on another one.

With SMU losing twice after a 7-0 start, Houston is now set a likely meeting with Cincinnati for the conference championship. With the Cougars now in the top 25 of the College Football Playoff rankings, it would help the Bearcats’ playoff chances if Houston can keep winning.

The feisty Tigers are not going to roll over in this battle of big cats. Will the Cougars take their best shot and come out on top?

Memphis Tigers vs Houston Cougars college football betting odds are via FanDuel Sportsbook as of Friday, November 19, 2021 at 11:40 a.m. ET.

We have seen good and bad Memphis throughout the season this year. Good Memphis has wins over SMU and Mississippi State and had a three-touchdown lead over UTSA in the first quarter. Bad Memphis couldn’t hold that lead against UTSA, lost to Temple after leading 17-0, and has four one-score losses, including last week’s overtime loss to East Carolina.

This year’s team can still move the ball but isn’t scoring enough to offset the defense’s struggles. The Tigers give up almost 30 points per game, and that doesn’t leave much margin for error. They are going to have to be better on offense or defense to win at Houston.

Houston lost its first game of the season against Texas Tech. Since then, it has been nothing but wins for the Cougars. They have not really beaten anyone of note, but nine wins is a good run. It is definitely the most successful team coach Dana Holgorsen has put together since he came to Houston from West Virginia. This is their last conference game which means they have already locked up a spot in the AAC Championship Game.

I know Houston has posted good defensive numbers this season, but in this game, I expect both teams to be able to move the ball and score. This is the last big regular-season game for both programs this season, so look for them to play with some abandon. Houston has nothing to lose at this point, and if they are going to make the most of the year they want to be as impressive as they can be before facing Cincinnati.

The 2022 Formula 1 season is only six races deep, but the race for this season’s championship alerady appears to be down to just two drivers. Last season, Red Bull driver Max Verstappen claimed his first Formula 1 World Drivers’ Championship in highly controversial circumstances, with Lewis Hamilton denied what would have been a record-breaking END_OF_DOCUMENT_TOKEN_TO_BE_REPLACED