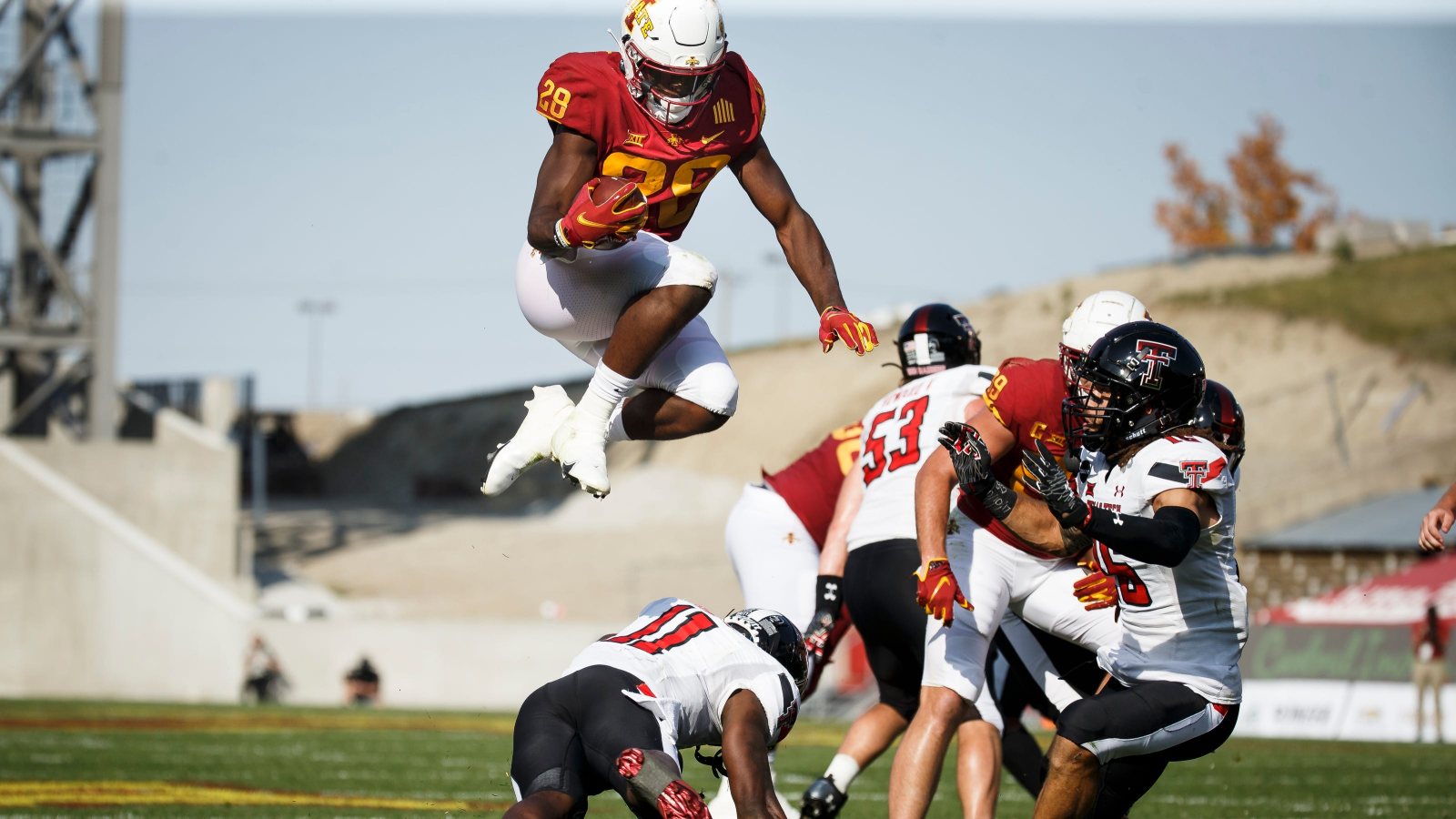 On Saturday the #17 Iowa State Cyclones 3-1 (3-0) head to Stillwater to take on the unbeaten #6 Oklahoma State Cowboys for a massive Big 12 showdown. Due to COVID protocol, Oklahoma State hasn’t played since they obliterated Kansas 47-7 on October 3rd. Iowa State is coming off a bye after a quality win vs Texas Tech 31-16 on October 10th. Both teams are undefeated in conference play and will be looking for a statement win on Saturday.

Two weeks ago, the Cyclones took down the Texas Tech Red Raiders in a game that wasn’t as close as the score suggests. After going down 7-0 early, Iowa State scored 31 unanswered, before giving up a late TD to make it 31-16. In the game Iowa State outgained TT 516-270 and dominated the time of possession 40:51 to 19:09. Don’t be surprised to see Iowa State attack this game in the same manner.

The Cowboys, as most Big 12 teams will this year, hung a big number on the Kansas Jayhawks in their last game. OK State was up 31-0 at halftime, and then 44-0 at the end of the 3rd quarter. They outgained the Jayhawks by 400 total yards (593-193) and RB Chuba Hubbard averaged over seven yards per carry as he amassed 145 yards and two touchdowns.

True Test for the Cowboy Defense

Oklahoma State is currently the 2nd ranked scoring defense in the country only allowing nine points per game. Take that stat with a grain of salt however as they have played Tulsa, WVU, and KU (not exactly high-powered offenses). They rank 6th in total yards allowed, have the 7th ranked rush defense, and the 10th ranked pass defense. Again, at some point, one would have to look at the competition and wonder if this defense is the real deal.

Offensively they are lead by RB Chuba Hubbard (69 carries, 339 yards, 4.9 avg, and 4 TDs). The Cowboys are currently averaging 212 yards on the ground per game which is good for 16th in the country. They run close to 75 plays a game with over 50(!) of them being rushing attempts.

Iowa State is middle of the pack in terms of scoring offense (29.8) and defense (27.5). They average close to 180 rushing yards per game, but don’t throw the ball well. They’re 25th in total yards allowed and excel vs the run with the 13th ranked rush defense. Teams only average 2.9 yards per rush and just 97.3 rushing yards per game. This is where the game will be won or lost. If the Cyclones can bottle up Hubbard, look for Iowa State to pull the upset.

Iowa State RB Breece Hall is the workhorse for this Cyclone offense. Currently, Hall is 2nd in the country in average rush yards per game (132), 2nd in rushing touchdowns (8), and 3rd in total rushing yards (531). Hall has more touchdowns (8) than the rest of the Iowa State team combined (7). Hall went for 135 with two touchdowns in their last game against Texas Tech, and look for Iowa State to try to pound away at the OK State defense. Hall is averaging more than five yards per carry, and it’ll be interesting to see how he fairs against a surprisingly tough Cowboy Defense.

Though OK State relies on the run, they do have some firepower at the WR position with Tylan Wallace. Wallace currently ranks in the top 10 in receiving yards per game with 108. In their last game vs. Kansas, he went for 148 on nine catches for two touchdowns. Wallace is averaging over 16 yards per reception as QB Shane Illingworth averages close to 10 yards per pass attempt. When the Cowboys do throw the ball, they are looking to take shots with Wallace. Their success in the passing game will depend solely on how Hubbard fairs on the ground. If the Cyclones can corral Hubbard, Illingworth and this Cowboys O will struggle to move the ball.

This game is going to come down to the trenches. Whichever team can control the LOS and force the other out of their game plan will emerge victorious. It’s hard to know whether the layoff for OK State will hurt or help. Three weeks is a long time with game repetitions, so it’s easy to imagine that the offense won’t click right off the bat.

I like Iowa State not to just cover, but to pull the upset as well. Breece Hall and the ISU offense will eventually wear down the OK State defense and head back to Ames with a 4-0 conference record. Take the Iowa State Cyclones +130 on the Moneyline.