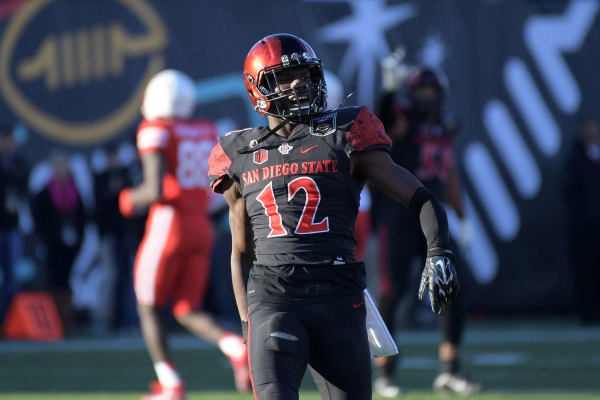 The DXL Frisco Bowl in Toyota Stadium in Frisco, Texas hosts the San Diego State Aztecs and the Ohio Bobcats. The Aztecs come in as losers of 4 of their last 5 after an impressive 6-game win streak following their opening loss to Stanford on the road. The Aztecs have had QB injury problems this season with rotating QB play due to injury seemingly costing them late in the season. Ohio comes into this game scoring 41.5 points per game, including scoring over 40 in 5 of their last 6 games.

Strong Defense on Both Sides Will Prove Key

This game is really going to come down to strength vs. strength. The Aztecs have not allowed more than 31 points in a game all season. Ohio is 1-4 when scoring 31 points or less. San Diego is 0-2 in the games that they did allow 31 points to Stanford and Hawaii. The question is which teams strength will prevail.

I have to slightly lean on the Aztecs’ defense to win this battle simply from the evidence we have. San Diego State has played better teams than Ohio as a whole. Of the 5 best teams that both teams have played, I believe that San Diego State has played 4 of them. SDSU beat Boise State and Arizona State while losing to Stanford and Fresno State. Both of those losses were away from home and they even went to Boise State and won early in the year. They limited 3 of those 4 teams to significantly less points than they score on average. Stanford scored 31 points but was still held under their average yards gained. This Aztec defense has proven themselves vs. pretty high caliber teams, which give me a lot of confidence that they can hold Ohio to less than they are comfortable with.

The other concern with Ohio is that they have had disappointing offensive games. Like I mentioned, in games where they score less than 31, they are 1-4. This shows that they really haven’t won without putting up big offensive numbers. Their 1 win in those 5 games was to 2-10 Kent State, who had wins over Howard and Bowling Green. Also, how do they only score 27 against Kent State when they score 41.5 points per game? These are all massive red flags for an “explosive” offense that hasn’t really shown an ability to win a “grind-it-out” style game.

Both Teams Suffer From Struggling Offense

On the other side of the ball, both of these teams struggle mightily. San Diego State has scored 21.8 points per game this season with a high of 31 points. That’s really rough. They have only thrown for over 200 yards twice this season and both were with the QB who is listed as the backup for this game.

Ohio has allowed between 14 and 28 points in their last 8 games. That seems fine, but that doesn’t tell the whole story. Ohio struggled with the first 4 games on their schedule, including allowing Howard to score 32 and UMass to score 42. Has that been fixed? I’m not sure we really know. The rest of their schedule has one top-50 offense in Buffalo, who they beat 52-17. That is a sign that they have possibly improved. However, if you dive into Buffalo’s schedule, it is horrible and ranked 91st in the country. I am not sure that Ohio has truly been tested on the defensive side of the football in the back half of the season.

This game has a lot of moving parts that can really swing the game, but I think the most proven unit on the field is the Aztecs’ defense. We saw this line open at -4.5 for the Bobcats and quickly move through 3 down to -2.5, signalling that there was a lot of money coming in on SDSU early. I think that the edge here is the sheer talent and competition they have played. Ohio looks to be the more well-rounded team, but they are not truly proven against a team defense like San Diego State has. I’ll take the Aztecs (+2.5).