End of Week 1 Means Plenty of News in College Football 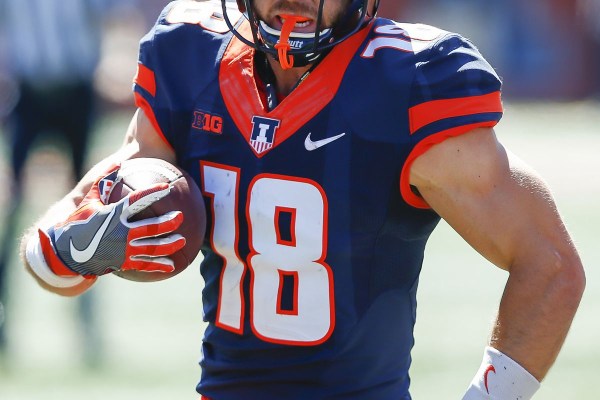 Here is a look at the latest College Football news:

As usual, the first weekend of the college football season provided plenty of excitement. Of course, we are hopeful that it’s just a precursor to an even better second week of the season. Here are some of the top stories you should know about heading into the second week of action.

Guess who returned to work Monday after his “suspension?” Ohio State head coach UrbanMeyer. It seemed like it was yesterday when Meyer was suspended for his mishandling of the situation with former assistant Zach Smith and allegations of domestic abuse. Meyer won’t be on the sidelines for Ohio State’s next two games, but until then he will be able to coach the team during the week before handing operations back over to acting coach Ryan Day on game days.

Nick Saban seems to have finally made a decision in Alabama’s quarterback competition. Tua Tagovailoa started last week’s win over Louisville and he will start again this week against Arkansas State. Saban says he intends to use Jalen Hurts as well this season, but he didn’t offer any specifics about how often Hurts could play. Before last week, Hurts had started 28 straight games for the Crimson Tide. But after Tagovailoa led Alabama to a comeback win over Georgia in the national championship game last season, it became obvious that he was the team’s best chance to win.

Just one game into the season, the Indiana Hoosiers are already struggling with their backfield depth. Morgan Ellison, who is arguably their best offensive player, is suspended indefinitely, so it’s unclear when he’ll be back. Cole Gest, his replacement in the season opener against Florida International, suffered a torn ACL during the team’s win, so he’s now lost for the season. Ellison and Best combined for over 1,100 yards rushing last season, leaving the Hoosiers scrambling to find a replacement until Ellison is welcomed back to the team.

Third Time is Not the Charm

For the third time in his career, Illinois wide receiver Mike Dudek has suffered a devastating injury that will keep him out for the season ahead.Dudek was a second-team All-Big Ten performer as a freshman in 2014. However, he missed the 2015 season after tearing his right ACL in the spring. He suffered an identical injury the following spring, forcing him to miss the 2016 season.

He was healthy enough to play seven games last season and hoping to return to full health this season before tearing his left ACL in the opener against Kent State. Illinois barely beat Kent State with the help of Dudek, so losing him for the year would seem to be a significant blow to their hopes of competing for a bowl bid.

The LSUTigers scored a huge on Sunday night against Miami, but it came at a cost. It starts with the loss of linebacker K’Lavon Chaisson to a season-ending knee injury. Chaisson was expected to help fill the void left by Arden Key as one of LSU’s best pass rushers. He had a sack, five tackles, and one tackle for a loss against Miami before getting hurt, so his season was off to a fast start.

The Tigers will now have to dig a little deeper into their depth chart at linebacker. On top of that, offensive lineman Adrian Magee will miss at least two or three weeks due to injury. That means he will miss the showdown with Auburn in a couple weeks.

The Louisville Cardinals had injury added to insult over the weekend, as defensive end Jonathan Greenard suffered a “significant” wrist injury during the team’s loss to Alabama on Saturday. He suffered ligament damage during the first quarter and did not return to the game after that. Greenard has seven sacks and 15.5 tackles for loss last season and was arguably their most important defensive player coming into the season. There is no specific timeline for his return, but it doesn’t sound like it’ll be any time soon.

We’ll close with the story of former Michigan star Braylon Edwards, who has been suspended from his job on the Big Ten Network for tweeting criticisms of Michigan’s loss to Notre Dame that singled out players Cesar Ruiz and Shea Patterson while calling the Wolverines “trash.”

The tweet violated the Big Ten Network’s social media guidelines. Edwards has since issued a public apology and admitted to not being sober when he sent the tweet. He also says he will try to offer a personal apology to the players he mentioned specifically. There is no word on how long his suspension from the network could last.