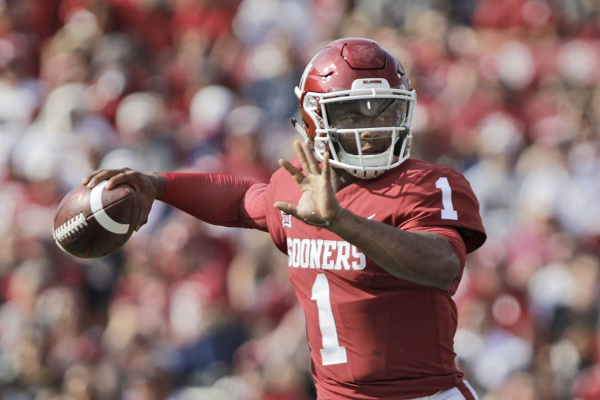 It was another interesting week in the college football world, although not always for the right reasons. Players being punished for off-field transgressions were among the top headlines of the past week. Let’s catch up on what you may have missed.

Texas Tech wide receiver Quan Shorts has been dismissed from the team following an arrest last week for misdemeanor marijuana possession. Texas Tech head coach KliffKingsbury made the announcement within two hours of Shorts being arrested. Shorts would have been a junior this season. He has 13 career catches, including three touchdowns, over the first two seasons of his career.

Last week, Wake Forest suspended two players for the first three games of the 2018 season for a violation of team rules. The two players are quarterback KendallHinton and tight end Thomas Cole. Hinton is the projected starter for the Demon Deacons this year after topping the depth chart after spring practice. Head coach Dave Clawson did not say what the players did to get suspended only that they “made poor decisions.” Hinton and Cole will miss games against Tulane, Towson, and Boston College.

Speaking of Wake Forest, the DemonDeacons have added two kickers to their roster for the upcoming season, both graduate transfers. The first is Eric Osteen, who played at Army and still has a year of eligibility left despite not playing since 2012. The 28-year old Osteen graduated from West Point in 2013 and has since completed his military service. The other is Darren Ford, who punted at the Division III level last season. The two will help to replace Mike Weaver, who set Wake Forest’s single-season scoring record last year.

Oklahoma head coach LincolnRiley was given a well-deserved extension and raise this week. After making $3.1 million last year while leading the Sooners to the College Football Playoff, Riley’s annual salary is now $4.8 million. That figure is important after quarterback KylerMurray signed a contract to play baseball for the Oakland A’s that included a $4.66 million signing bonus. Thus, the new deal, which runs through the 2023 season, ensures that Riley is the highest paid person in Oklahoma’s locker room.

The Tennessee Volunteers officially added two graduate transfers this week in former Alabama offensive lineman Brandon Kennedy and former Michigan State running back Madre London. Kennedy has long been linked to the Vols, but until recent rule changes, Alabama was blocking him from transferring to another SEC school. He will have two years of eligibility to help Tennessee along the offensive line. London has 907 career rushing yards and eight rushing touchdowns in his three seasons at Michigan State. He garnered just 79 carries in a reserve role this past season. In 2018, London will have a chance to become one of the team’s primary ball carriers in his only season at Tennessee.

Not to be outdone, Tennessee’s in-state rival Vanderbilt will also get immediate assistance from a transfer. Defensive lineman Rutger Reitmaier transferred to Vanderbilt from Oregon in January and has now gotten a waiver from the NCAA to make him eligible to play this season. Reitmaier is a Nashville native and a former four-star prospect who enrolled at Oregon in December 2016 but left school before the start of last season. He will be a redshirt freshman this season, giving him four years of eligibility. Vanderbilt head coach Derek Mason called Reitmaier, who participated in spring practice with the Commodores, “an impactful player.”

There was a collective sigh of relief in Blacksburg, Virginia earlier this week with multiple sources reporting that the academic issue involving starting quarterback Josh Jackson has been resolved. The exact issue he was facing is unclear, but by all accounts, Jackson is still on the team and the issue has been cleared up. Barring something unexpected, Jackson will likely begin the season as VirginiaTech’s starting quarterback after an incredibly promising freshman campaign in 2017 in which he led the Hokies to a 9-4 record.

One high school recruit worth mentioning is TrevorRoberson, who made his pledge to Texas Tech this past week. Roberson is noteworthy because he’s 6’11’’ and 355 pounds. He is a massive individual, particularly for someone who still hasn’t started his senior year of high school. Needless to say, college football players don’t get much bigger, and there’s still a chance for Roberson to get bigger before he steps on campus. He’s merely a three-star prospect from most recruiting services. Nevertheless, it’ll be fascinating to see how he develops in college after choosing Texas Tech over offers from Arkansas, Baylor, Minnesota, Houston, and Texas A&M.