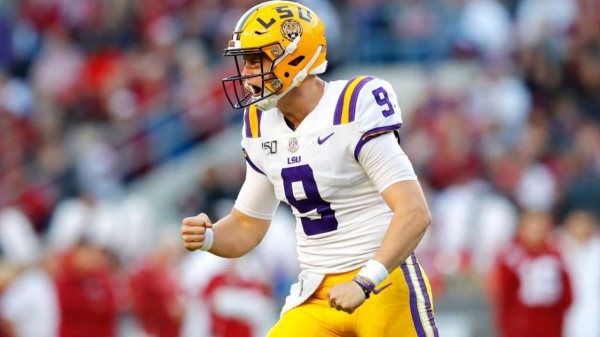 After months of sensational football, one team must face defeat for the first time when the Clemson Tigers (14-0) take on the LSU Tigers (14-0) in Monday night’s national championship game at the Mercedes-Benz Superdome. While the easy dad joke would be that I bet the Tigers will win, there truly aren’t two more deserving teams to be there.

Both teams have excelled this season and truly have separated themselves as the cream of the crop. On Monday, they will have the opportunity to truly show who was the most dominant in college football this season. Kickoff for this one is scheduled for 8 pm ET.

Clemson comes into this one after having survived the Ohio State Buckeyes 29-23 in the Fiesta Bowl. In that matchup, Trevor Lawrence went 18 for 33 with two touchdowns while also leading the team in rushing with 16 carries for 107 yards and another touchdown.

While the offense will be important, the biggest focus will be on whether Clemson’s top-ranked defense can slow down Joe Burrow and LSU.

While Clemson had some struggles in its semifinal contest, it was quite the opposite for LSU in the Peach Bowl. In that game, the Tigers easily took out the Oklahoma Sooners, as Burrow was sensational, throwing for seven touchdowns and 493 yards. He didn’t even play in the last quarter of that game.

It has been indicative of the type of season that he has had this year, but the question is whether he can do it in the most important game of his college career against the best defense in football.

The LSU Tigers come into this one as 5.5-point favorites. The over/under on total points scored is set at 68.

Defensively, Clemson has the overwhelming advantage, ranking first in the nation by allowing just 11.3 points per game. LSU was 28th in the country, allowing an average of 22.2 points per game.

Last season, Clemson decided to hand the reins of the offense over to then-freshman Lawrence in the fifth week of the season. All they have done since then is win, literally. Since that time, Clemson is 25-0, including winning the national title last year.

While some expected Lawrence to be even more dominant, he has been pretty spectacular this season. On the year he has thrown for 3,172 yards, 34 touchdowns and just eight interceptions. As evidenced against Ohio State, he can also beat you with his feet if given the opportunity.

Leading the way on the ground, though, is running back Travis Etienne, who has rushed for 1,500 yards and 17 touchdowns. He also has 29 receptions for 298 yards and another two scores.

The leader through the air for Clemson, though, is Tee Higgins, who has 52 receptions for 1,082 yards and 13 touchdowns.

The Offense Shall Lead Them

There have been a lot of really good quarterbacks this season, and then there has been Burrow. The LSU quarterback has thrown for a remarkable 4,715 yards, 48 touchdowns and just six touchdowns. Yes, he is good, and that is why he ran away with the Heisman Trophy award this year.

Burrow has talent around him, too. Clyde Edwards-Helaire has been solid on the ground, rushing for 1,290 yards and 16 touchdowns this season. He also has 50 catches out of the backfield for 399 yards and another score.

The receiving leaders have been Justin Jefferson and Ja’Marr Chase. Jefferson leads the team with 88 receptions for 1,207 yards and 14 touchdowns, while Chase has 73 catches for a team-leading 1,498 yards and 18 touchdowns. As a whole, this offense is stacked.

Taking Clemson And The Points

Ultimately, this seems reminiscent of last season’s championship game. In that one, Clemson also came in as a five-point underdog and promptly walloped Alabama. I certainly don’t expect a 44-16 win by Clemson, but I do expect this one to be close all the way down to the wire. With that in mind, I will take Clemson and the 5.5 points.