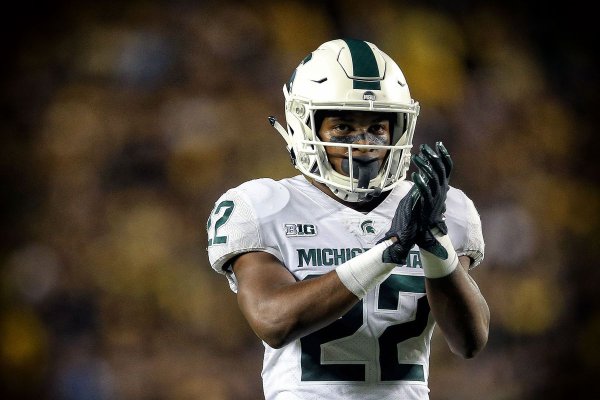 As the college football world waits for some kind of conclusion with the UrbanMeyer saga, there are plenty of other stories making headlines as the season approaches. Let’s check out the top stories that you may have missed over the past week.

One of JimboFisher’s most important decisions in his first year at Texas A&M is choosing a starting quarterback. As it stands, Nick Starkel and Kellen Mood appear to be even in the competition. Both started games last season and Fisher has intimated he’s open to the idea of both playing this year. But that would not be in line with Fisher’s history of handling quarterback competitions. However, Fisher doesn’t appear to be in much of a hurry to make a decision.

North Carolina’s football season just got a lot more complicated. A total of 13 players were caught selling special-edition Nike Jordan shoes that the school issued to them, which constitutes an NCAA violation. The school self-reported the violation, but those 13 players will all be suspended for at least one game. Of the 13, nine will be suspended four games, including quarterback Chazz Surratt, who was previously a candidate for the starting job. For suspended players at the same position, the NCAA will allow the Tar Heels to stagger the suspensions for some of the players.

The Florida Gators have had some unpleasant news recently off the field, but they got some good news this past week when they learned a couple of transfer wide receivers will be eligible to play this season. The NCAA has granted waivers to both Ohio State transfer TrevonGrimes and Ole Miss transfer Van Jefferson. Florida has been lacking in game-changing wide receivers for many years, and that appeared to be the case again in 2018. However, Grimes and Jefferson give the Gators a couple talented wideouts with the potential to make an impact right away.

The Michigan State Spartans have suffered an early injury to what was an elite defense last season. Cornerback Josiah Scott is set to miss two months after suffering an undisclosed injury. As a true freshman last year, Scott started 12 games and was named to the All-Big Ten third-team, so this is a significant injury for Michigan State. On the bright side, the Spartans have plenty of depth at cornerback and may be able to get Scott back in early October, perhaps before their schedule picks up with consecutive games against Northwestern, Penn State, and Michigan.

Alabama quarterback Jalen Hurts didn’t hold back this week when discussing how unhappy he is with how Nick Saban handled the quarterback competition between Hurts and Tua Tagovailoa over the summer. Specifically, Hurts said he was upset when Saban said at SEC media days that he wasn’t sure if Hurts would even be on the roster when camp started. There were rumors that Hurts was thinking about transferring if he wasn’t the starter, but he says that he has no intention of leaving Alabama before he graduates in December. Meanwhile, the competition between Hurts and Tagovailoa doesn’t appear close to being decided.

Oklahoma quarterback Kyler Murray is yet to earn the starting job, and this may be his only chance to do so. Murray was drafted 9th overall in the MLB draft this spring by the Oakland Athletics. The club is allowing him to play football with the Sooners this fall. However, baseball power agent Scott Boras, who represents Murray, said this week that this would be Murray’s last season with the Sooners. Oklahoma coach Lincoln Riley responded by saying that is yet to be decided for sure. However, it does seem like it’s now or never for Murray to become Oklahoma’s starting quarterback.

The Miami Hurricanes have lost tight end Michael Irvin II to injury. Irvin, the son of former Miami and Dallas Cowboys legend MichaelIrvin, is expected to miss four months after a knee injury that will require surgery. Irvin caught just nine passes a year ago but was the projected starter early in training camp, so this is an early blow to the Miami offense.

Highly-rated freshman linebacker Ale Kaho has announced he’s going to Alabama. The announcement came just two days after Washington coach ChrisPetersen said Kaho was being granted his release from the school. Petersen implied that Kaho wanted to be closer to his family. However, Kaho is from Reno, Nevada, which would seem to be closer to Washington than Alabama. In any event, Kaho will enroll at Alabama and be eligible to play right away.