Clemson vs. Wake Forest Betting: Can the Demon Deacons pull the upset at home? 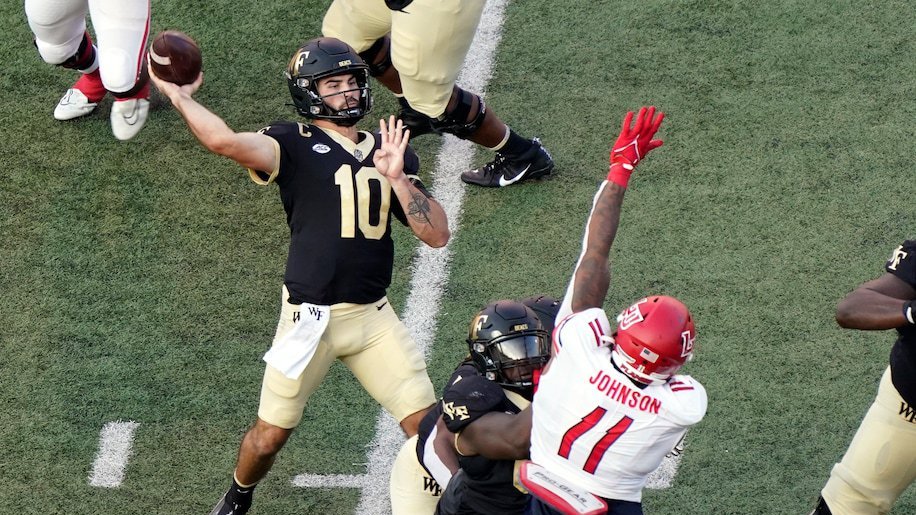 After being knocked from their perch atop the Atlantic Division and the ACC last season, Clemson is widely expected to return to the top of the conference and to the College Football Playoff this season.

So far, so good, as they have won their first three games, including their ACC opener against Georgia Tech to begin the season.

But whether or not they will reign again may be decided in the next two weeks. First up is this week’s visit to Wake Forest, followed by next week’s visit from North Carolina State. Both teams are 3-0 and ranked, and they have ACC title aspirations of their own.

The Demon Deacons survived a scare from Liberty this past Saturday and will have to play a much cleaner game to upset the Tigers on Saturday.

But they have one of the best quarterbacks in the country in Sam Hartman, while there are still questions yet to be answered about just what Clemson has–or doesn’t have-in D.J. Uiagalelei.

Game odds are via FanDuel. Odds are from our other recommended legal sports betting sites may also appear in this article.

Clemson has won by 31, 23, and 28 to start the season, but have they really been impressive? Not so much, at least not relative to others also occupying lofty rankings.

If the Tigers are to challenge for a national championship, Uiagalelei and the offense are going to eventually have to find another level.

But do they have that level? That is still very much up for debate.

Uiagalelei is averaging more yards per attempt thus far this season (7.5 yards per attempt) than last year (6.0), but he completed under 60 percent of his passes against both of their FBS opponents.

Game-by-Game Numbers for D.J. Uiagalelei in 2022

While I am by no means convinced by their offense, Clemson brings more to the table on the ground than Wake Forest. Uiagalelei offers a running threat, and Will Shipley has run for 249 yards and six touchdowns thus far.

In Saturday’s 37-36 win over Liberty, the Demon Deacons averaged under one yard per carry. As good as Hartman often is, mistakes can be a concern, and not being able to generate anything on the ground is asking for trouble.

The Tigers are also more likely to make key stops than the Demon Deacons are. A failed two-point conversion with a little over a minute left may have been what extinguished the Flames, but they outgained Wake Forest by a significant margin and really did themselves in with four turnovers–two in Wake territory–and a missed field goal.