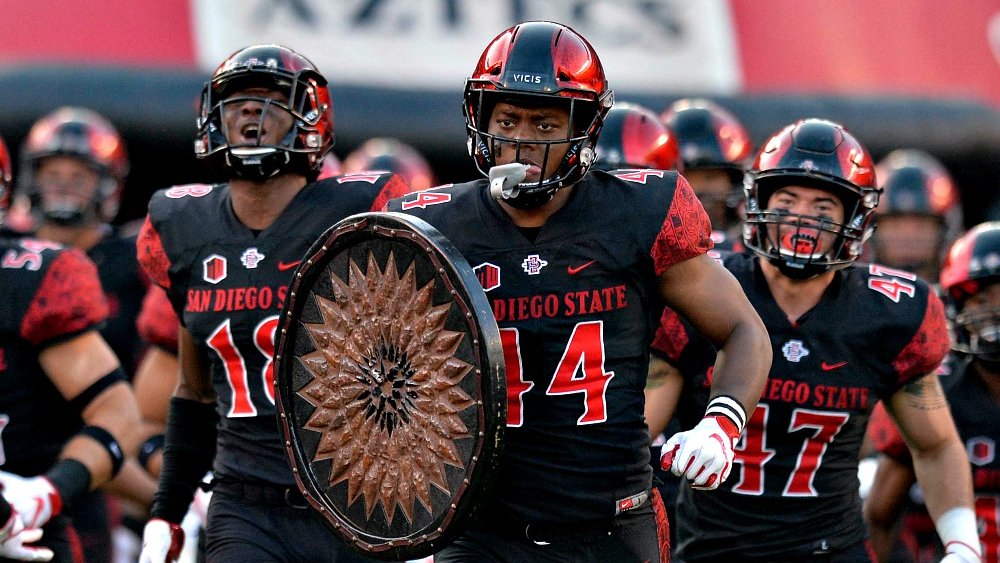 With both divisions in the Mountain West up for grabs, Boise State and San Diego State have a great deal to play for when they meet bright and early today. The Broncos and Aztecs have two of the more consistent winners in college football in recent times and are in contention to add more hardware if the chips fall the right way.

For San Diego State, the equation is simple. With a win, they win the West Division by a game ahead of Fresno State. If the Aztecs lose, the Bulldogs will advance to the title game by virtue of their head-to-head win.

For the Broncos, things are less straightforward. The Broncos need to win and then need Air Force, who beat them earlier, to lose to 2-9 UNLV. The Broncos and Falcons are tied with Utah State at 5-2, though the Aggies lose out in the event of a three-way tie due to having two division losses (Boise State and Air Force each have only one).

The first season for first-time head coach Andy Avalo has had ups and downs, but Boise State is trending up at the right time. The Broncos have won four in a row to turn around a season that looked very un-Boise for the first couple of months.

Avalos is a defense guy and he has the Broncos giving up just 18 points per game. They shut out New Mexico last week, and they were extremely impressive holding Fresno State to just 14 points in a road win a few weeks back. Quarterback Hank Bachmeier is one of the conference’s better quarterbacks and is closing in on 3,000 yards and 20 touchdowns. He hasn’t had to put up big numbers in many games, but he can when needed.

San Diego State is doing what it always does this season, play great defense and win games. The Aztecs have had one of the best defenses in college football all season and are especially good at stopping the run. Their offense often struggles though, which is why they are just 5-5-1 ATS for the season. They run the ball pretty well but are not dominating in that phase of the game, and when they have to throw the ball, they never know what they are going to get. Similar to the service academies, the Aztecs know exactly who they are and how they want to win.

I was surprised to see that the markets have the Broncos favored in this contest. Perhaps they are taking a lot from the fact that Fresno State gave SDSU its only loss while Boise State handled them easily. Both teams need the game, and I am looking for that urgency to be obvious in this spot. I would be surprised if either offense really does much. In a game like that, backing the home team, with a small cushion to work with, makes the most sense.

The 2022 Formula 1 season is only six races deep, but the race for this season’s championship alerady appears to be down to just two drivers. Last season, Red Bull driver Max Verstappen claimed his first Formula 1 World Drivers’ Championship in highly controversial circumstances, with Lewis Hamilton denied what would have been a record-breaking END_OF_DOCUMENT_TOKEN_TO_BE_REPLACED