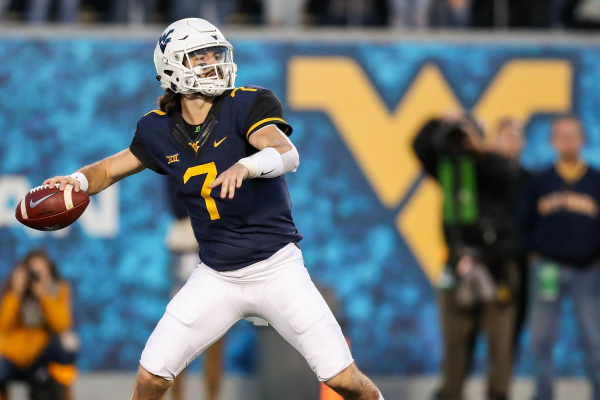 On Saturday afternoon, Kansas State will travel to take on a hot twelfth ranked West Virginia team. KSU comes into the game with a 2-1 record and WVU stands at 2-0. Kansas State’s lone loss came at the hands on #18 Mississippi State 31-10. West Virginia beat down both Tennessee and Youngstown State en route to their record. This is the Big 12 opener for both teams as they look to get off to a good start in conference play.

West Virginia is legit so far this year and Kansas State has looked a little shaky at times. This could be a big game for both teams as they look to set the tone in their opener. West Virginia is -15.5 in this tilt.

Sophomore Skylar Thompson led the team in passing yards through three games with 360 yards and four touchdowns. Thompson holds a passer rating of 141.7 through the first three games. Thompson also has 37 carries for 158 yards which is good for an average of 4.3 yards. Junior back Alex Barnes has run the ball 51 times for 228 yards and a touchdown.

The KSU backup quarterback Alex Delton has thrown for 177 yards and is the third leading rusher with 88 yards on 22 carries. The Kansas State defense has struggled a bit allowing 390 yards a game and is not getting to the quarterback very well with just two sacks thus far on the year. They have only forced one fumble on the year and have picked one pass off. Comparatively, KSU has fumbled the ball seven times and have thrown three interceptions.

West Virginia comes into this game with a very high-powered offense. This past Saturday, the WVU game was canceled due to Hurricane Florence and they are looking to get back in gear this week against Kansas State. Senior standout Will Grier is on the hunt for a Heisman trophy and with the stats that he has put up in the first two games it is likely that his name will be in the hat at the end of the year.

Grier has thrown for 761 yards over the first two games of the year and has added in nine touchdowns. WVU is a pass-first offense, but their running game is very solid as well. They have a two-headed monster at running back with freshman Leddie Brown and junior Martell Pettaway. Brown has rushed for 148 on 23 carries and Pettaway has 133 yards on 21 carries. Junior Kennedy McCoy isn’t too far behind as he has 15 carries for 94 yards. All three of these guys are averaging 6.3 yards a carry or more.

Senior wide-out GaryJenningsJr. has 12 receptions, 210 yards, and four touchdowns to lead the team in all areas. WVU has a good defense as well only allowing 619 yards in two games. They struggle defending the run a little bit giving up 145 yards a game but are really good on defense only allowing teams to convert 34 percent of their third-down conversions.

This will be West Virginia’s first test on the year and they are looking to rout Kansas State. WVU has shown the ability to not stop the run, and KSU primarily runs the ball. I think that Will Grier will come out slinging and they will easily run away with the game at home. Kansas State didn’t have a good showing against Mississippi State and this is a better team. WVU will look to force KSU into passing which is something they do not want to do. West Virginia should take this game rather easily by a few touchdowns.