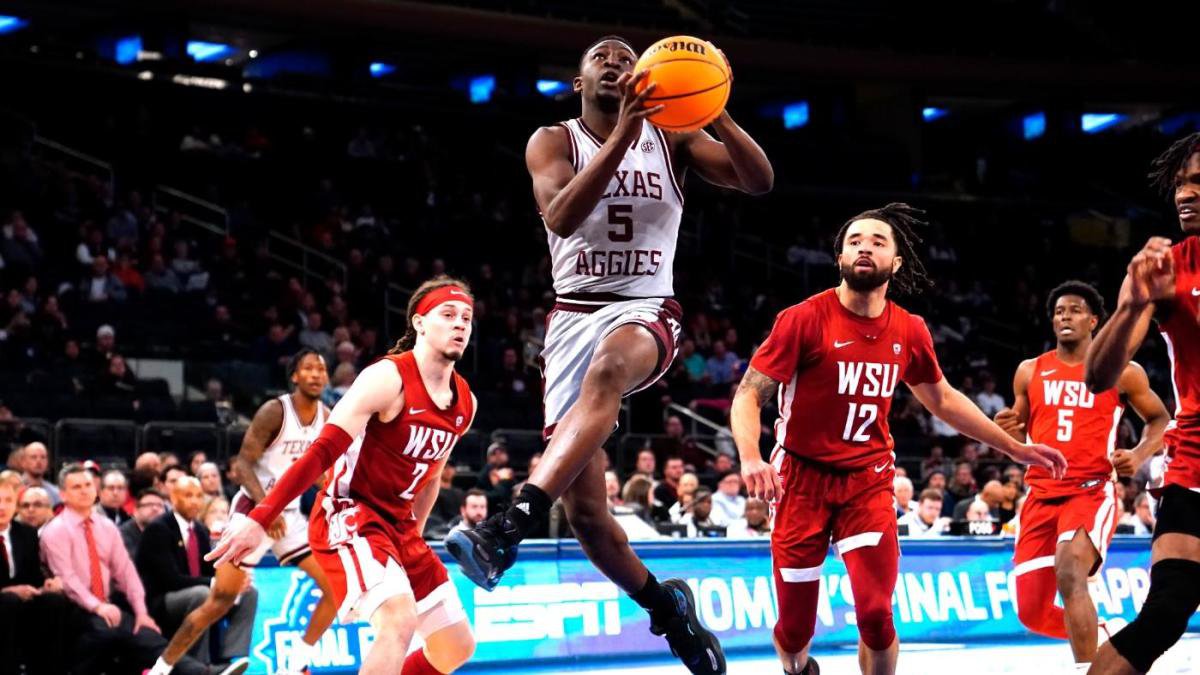 For college basketball teams around the country, the goal is to play in the NCAA Tournament. For those with serious aspirations or expectations to make the Big Dance, ending up in the NIT can be a major disappointment. For some, that disappointment translates into an early NIT exit. But in the 2022 NIT, Xavier and Texas A&M have put their disappointment behind them to be the last two teams in the tournament.

Xavier was ranked for a good portion of the season, and in early February, it looked like the Musketeers were certain to reach the NCAA Tournament.

But they lost seven of their last nine games to end the regular season and were bounced by Butler in their first game in the Big East Tournament. As a result, they landed on the wrong side of the March Madness bubble, and coach Travis Steele was fired after failing to reach the Big Dance in his tenure.

Texas A&M opened the season 15-2 overall and 4-0 in SEC play, and the Aggies looked like they were well on their way to the tournament as well. However, they then lost eight in a row and nine of ten to severely damage their March Madness hopes.

A&M ended the regular season with four straight wins, then won three games in three days over Florida, Auburn, and Arkansas to reach the championship game of the SEC Tournament. It looked like that might be enough to get them in the field regardless of the result, but after losing to Tennessee to miss out on the auto bid, they also came up empty-handed when the NCAA Tournament bracket was announced.

But both teams have been locked in for the NIT and deserve to be playing for the title. Texas A&M has won all four of their NIT games by double digits, while Xavier has beaten four solid opponents and weathered the loss of starting guard Paul Scruggs in the quarterfinals.

This will be the last NIT championship game at Madison Square Garden until at least 2025, as the tournament’s version of the Final Four will be in Indianapolis, Las Vegas, or elsewhere in 2023 and 2024. So, both teams will be up for this one and aiming to leave with a memorable win.

Who will take the title at MSG?

Will Defense Win a Championship for Texas A&M?

When Texas A&M has been successful on the defensive end this season, the results have typically been good. And in the NIT, defensive success has driven their run to the championship game.

Entering their matchup against Xavier, the Aggies have given up 65 or fewer points 19 times in 39 games this season. In those games, they have posted a 17-2 record. In the 20 games in which they have allowed more than 65 points, they are only 10-10.

Their stellar mark when clamping down on defense includes all four NIT wins, with their semifinal win over Washington State adding to their impressive run.

Defensive Results for Texas A&M in the 2022 NIT

When opponents are shooting only 36.2 percent overall from the field and 25.3 percent from three and averaging 57.5 points per game, you’re going to feel pretty good about your chances.

Can the Aggies keep it up against Xavier? After shooting only 38.7 percent from the field against Cleveland State in the first round, the Musketeers have been much better.

Shooting Percentages for Xavier in the 2022 NIT

Both teams have managed to get the job done offensively without shooting well from outside. Xavier is shooting only 28.9 percent (24 of 83) from three in the NIT, while Texas A&M has been even worse, making only 17 of 71 (23.9 percent) of their threes in the tournament.

Outside shooting has not been a strength for either team all season, though those numbers are much poorer than their season numbers.

If you were to compare those percentages to the national numbers for the entire season, Xavier, who ranks 79th for the season, would rank third behind Belmont and Gonzaga, while Texas A&M would rank in the 50s, well above their actual ranking of 154th.

So, that does generate optimism in the over, even with Texas A&M’s run of defensive dominance. However, you might have to sweat it a little at the end, as neither team excels at the free-throw line. Xavier shoots only 70.1 percent from the stripe, while A&M shoots only 69.9 percent from there.

Both teams have done very well to get to this point, but it is hard to overlook how dominant the Aggies have been. They may not go five-for-five with double-digit wins, but they will win the program’s first NIT championship.