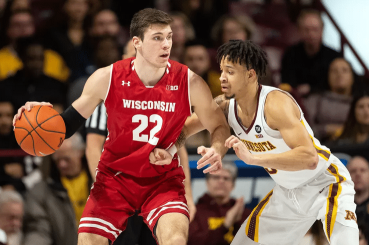 Leo Santa Cruz defends his WBA ‘Super’ world featherweight title against replacement opponent Rafael Rivera on February 16 in the Microsoft Theater, Los Angeles. Santa Cruz is now a three-weight world champion, having claimed the IBF at bantamweight and WBC at super-bantamweight. Despite holding two wins over Abner Mares and a rematch revenge victory over Carl Frampton, Santa Cruz does have a tendency to drift into a series of lower-level challenges. Rivera appears under that category. The odds tell the story of the fight with Santa Cruz as far out as -10000 with some outlets. Rivera comes in at a best price +1800.

One Scratch Opens Door for Another

Leo was originally scheduled to defend against 26-year-old Houston resident Miguel Flores. This was not a great offering given that Flores had lost two out of his previous three fights, including a defeat to Chris Avalos—who Santa Cruz had himself beaten recently!

Flores stated during the pre-fight tour that he believed Santa Cruz might be overlooking him and instead saving his best work for possible money-spinning unification bouts in 2019. While Flores is now out of the running (due to an ankle injury), his point still stands. The champion has indeed been discussing his desire to knock out replacement Rivera and then move on to a fight against WBC featherweight king Gary Russell Jr. Santa Cruz is expected to be so technically superior to Rivera that he could potentially take his eye off the ball. While plausible, that scenario is unlikely when dealing with professionals at the top of their game.

Both Fighters Looking to Get Back on Track

Like Flores, Rivera has lost two of his last three bouts, albeit both to unbeaten fighters (Joet Gonzalez and Joseph ‘Jo Jo’ Diaz). Rivera is two years younger than Flores and has a slightly higher KO percentage, with about the same amount of rounds boxed. Stacked in Rivera’s favor is the fact that he has never been stopped. The Diaz loss was over the 12-round distance, while he pushed Gonzalez to a split decision. Ringstar promoter Richard Schaefer (operating on behalf of the PBC) says that Rivera is an upgrade on Flores—and Schaefer may be correct in that assessment. Santa Cruz’s belt can open doors to future opportunities and paydays for lesser boxers so Leo will need to be focused.

Santa Cruz has not found sizeable cheques hard to come by under Al Haymon’s PBC banner; he enjoyed a prime slot on the undercard of the 2015 Floyd Mayweather-Manny Pacquiao mega-fight. This bout will be televised on Fox, and the fans do tend to come out for “El Terremoto.” Over 10,000 packed in to see Leo defeat Abner Mares, and Rivera brings the all-Mexican headline element to the table, which will further spike interest amongst the local boxing community.

Now competing in his prime, 30-year-old Santa Cruz has 35 wins against one loss and a single draw. His only loss—to Carl Frampton—was avenged on a Las Vegas night when the Mexican showed a new dimension to his game. Using his height and reach advantages, Santa Cruz was able to draw Frampton on to leads and counters like he hadn’t done in the first clash. Prior to the Frampton fights, Santa Cruz had been feasting on a mixture of contenders and pretenders. Wins over the likes of Alexander Munoz, Victor Terrazas, Eric Morel, and Cristian Mijares were solid, but most of those foes had seen better days. Knocking out former two-time Frampton victim Kiko Martinez in February 2016 served as the perfect appetizer to a summer clash in New York with the Belfast star.

Next opponent Rivera, meanwhile, is young, hungry and will come to win. However, Santa Cruz should have too much technical ability for the challenger. Expect Leo’s sharp punches to be catching up on Rivera in the second half of the fight before he is removed by some manner around the region of rounds nine to eleven round.

On the undercard, John Molina Jr. definitely has a puncher’s chance at +400 when he takes on Omar Figueroa. Once seen as a bright light in the sport, Figueroa has been plagued by inactivity inside the ring (19 months out, come fight night) and too much nefarious activity outside, combined with injuries. That said, Omar is a narrow -600 favorite to defeat oft-beaten Molina.