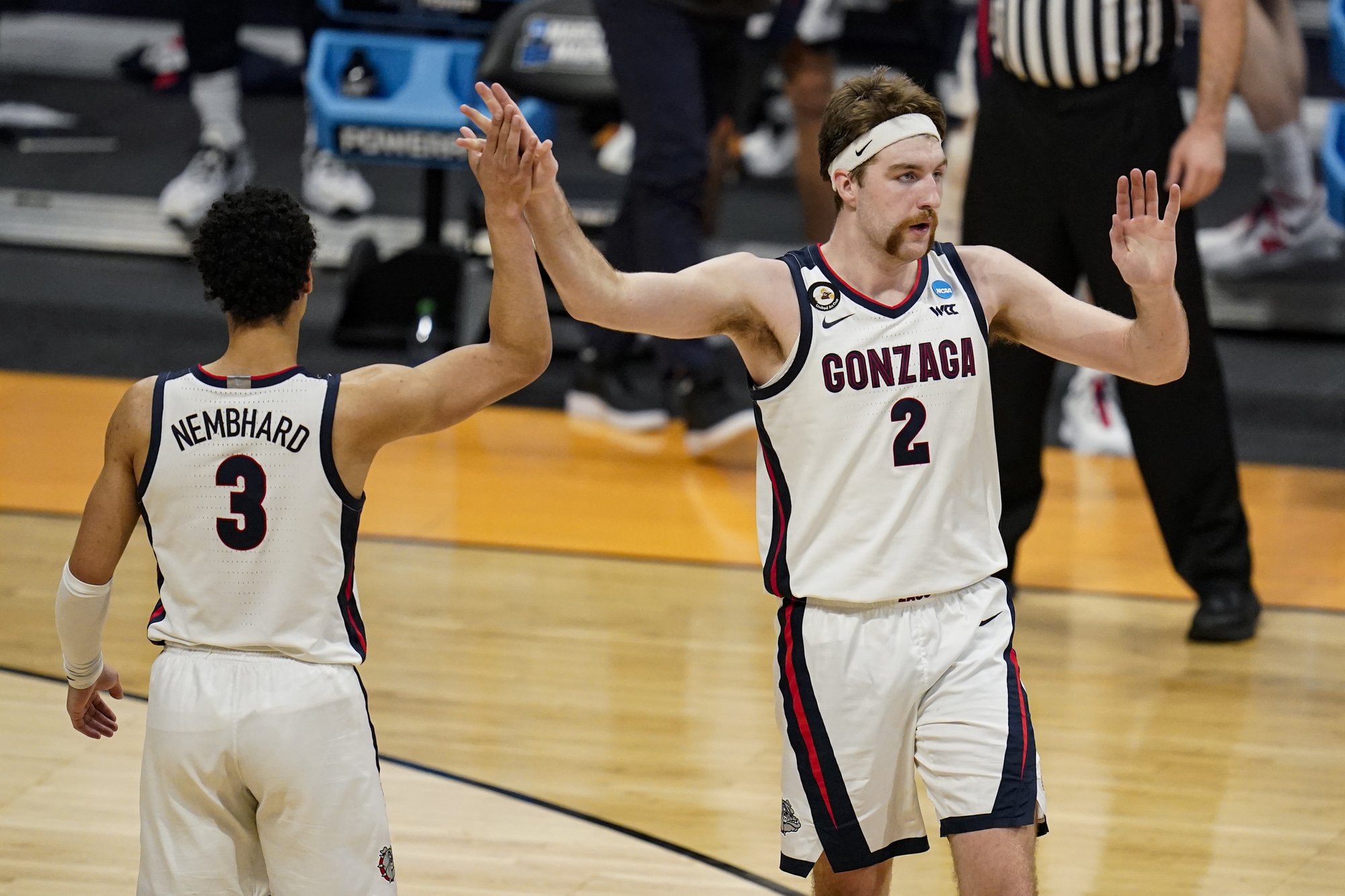 Oh, how sweet it is! The first two rounds of March Madness are in the books as we take a few days off in preparation for the Sweet 16.

Three of the four No. 1 seeds have advanced to the second weekend with Illinois being the odd team out as they were eliminated by Sister Jean and Loyola Chicago in the Round of 32.

We’ve also seen a series of darkhorse candidates emerge from the first weekend with the like of Oregon State, Syracuse and Oral Roberts all progressing to the round of 16.

With just 16 teams left in contention to win the National Championship, let’s take a look at where each team sits on the updated odds list at FanDuel Sportsbook:

Gonzaga, who entered the tournament as the odds-on favorite, remains on top of the odds list heading into the Sweet 16. Not only are they an undefeated 28-0 but they’ve also won every game by double-digits outside of a 5-point win against West Virginia way back on December 2nd.

Gonzaga is once again set as a double-digit favorite, laying 13.5-points to Creighton in their Sweet 16 showdown on Sunday.

Houston’s Path to the Final Four is Wide Open

No. 2 seed Houston, whose odds to win the National Championship are now set at +900, should at the very least make the Final Four given the teams left in their bracket. Getting help from several upsets in the Midwest Region, Houston’s highest possible seeded opponent before reaching the Final Four would be No. 8 Loyola Chicago.

The Cougars will first have to get by a No. 11 Syracuse team that has been on fire from 3-point range so far this tournament including Buddy Boheim who is shooting 56.5% from beyond the arc through the first two games. Houston is set as a 6-point favorite in this Sweet 16 matchup.

Oregon State Continues to be the Hottest Team in the Country

Oregon State entered their Pac-12 Conference Tournament earlier this month as the 5-seed, needing to win the tournament to get a March Madness birth. Since then, they’ve gone on a 5-0 run despite being set as an underdog in every single one of those games and now they find themselves in the Sweet 16.

Not only are they winning outright as underdogs but three of their five wins have come by double-digits including both of their wins in the NCAA Tournament as they defeated No. 5 Tennessee 70-56 before taking out No. 4 Oklahoma State 80-70.

A big part of their recent success has come from their defense. While the Beavers were always strong offensively, their defense consistently let them down throughout the season. Their season average for opponent FG% was 43.4% but over their last three games they’ve cut that number by almost 10%, keeping teams to shooting just 35.4% from the field.

They’re once again set as an underdog when they take on Loyola Chicago on Saturday as a 6.5-point ’dog.