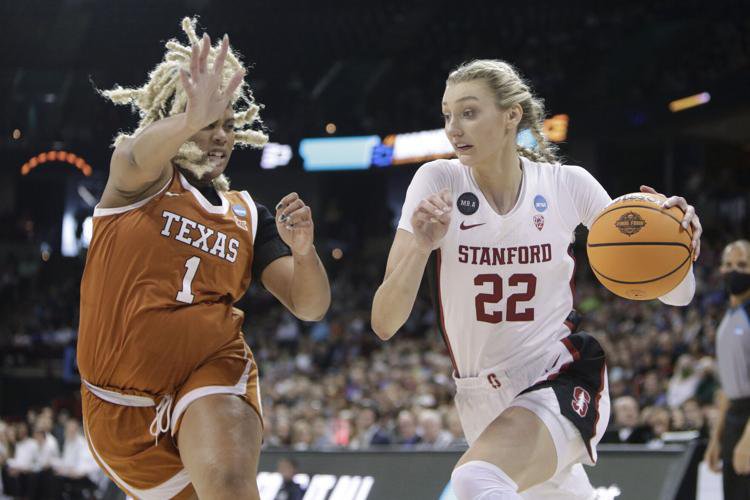 Two of the most storied programs in women’s college basketball meet with a spot in Sunday’s national championship game at stake, as UConn takes on Stanford in a Final Four matchup in Minneapolis.

None of those 11 championships for the Huskies have come since 2016, however. In each of the previous four editions of the NCAA Tournament, UConn has fallen in the national semifinals:

Can Geno Auriemma’s Huskies return to the national title game? Or will Stanford move within a win of being the first program to win back-to-back titles since UConn’s run of four straight titles from 2013 to 2016?

Will Stanford Dominate Shorthanded UConn on the Boards?

But while they won the game, they suffered a big loss, as forward Dorka Juhasz fractured her left wrist against the Wolfpack and will not take part in the Final Four.

Juhasz was the team’s second-leading rebounder, averaging 5.7 boards per game, and she also averaged 7.3 points per game. The Huskies still have Olivia Nelson-Ododa (9.4 PPG, 7.5 RPG) and Aaliyah Edwards (7.8 PPG, 5.1 RPG), but that is a big loss for the Huskies against a team that crashes the boards very, very well.

In winning the Spokane Regional, Stanford outrebounded each opponent by double figures.

Here are the leading rebounders for the Cardinal:

With Juhasz out, Paige Bueckers, Christyn Williams, and others will have to do their part to limit Stanford’s dominance on the boards. In the win over NC State, Bueckers had six boards, while Williams and Azzi Fudd each had five.

Even with their advantage on the boards, it’s hard to see Stanford running away with this one. UConn still has plenty of talent on the floor, and Bueckers is coming off of her best game since her return from injury. In the win over the Wolfpack, she had 27 points on 10 of 15 shooting and made big shot after big shot to help lead the Huskies back to their 14th straight Final Four appearance.

However, that advantage on the boards will indeed prove to be decisive for Stanford. Limiting turnovers will be key for the Cardinal, as they have had issues with that during the tournament. But they have overcome those issues to get here, and they will take care of business to book a national championship matchup with either Louisville or South Carolina, the latter of whom they defeated in the national semifinals last season.