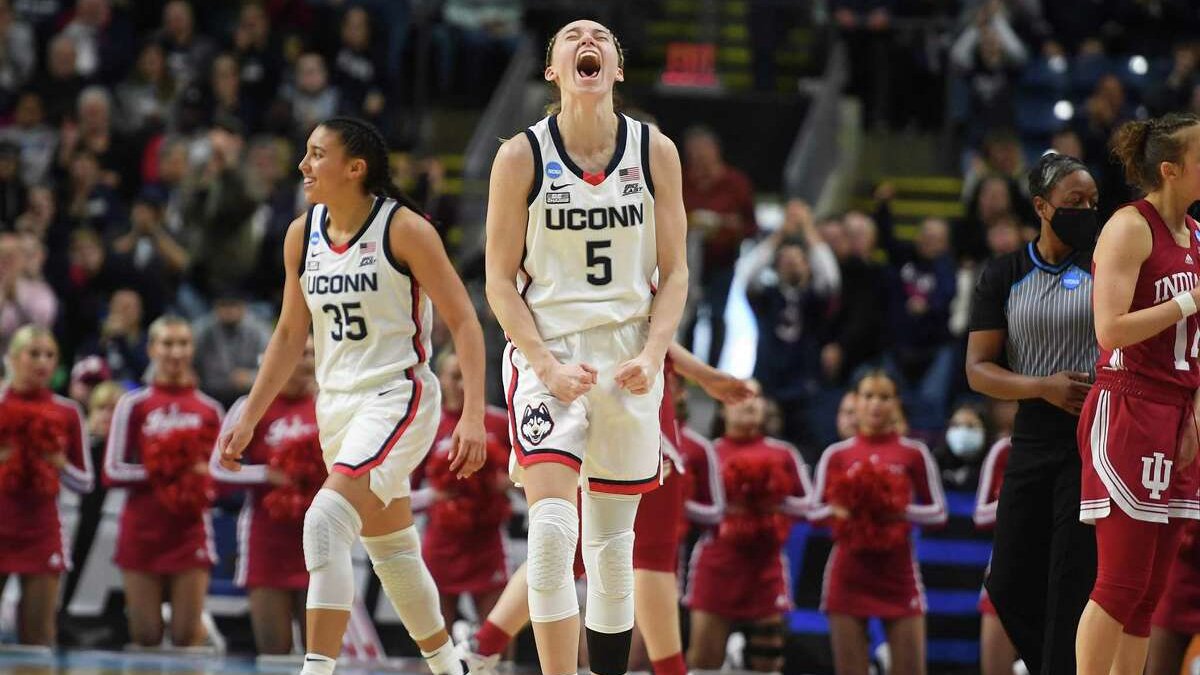 North Carolina State has been one of the top women’s college basketball programs in the country over the last several years, but the Wolfpack do not yet have a Final Four berth to show for it. To reach that point for only the second time in program history, the Bridgeport Regional’s #1 seed will have to do what they did the last time they were at this point in the NCAA Tournament: beat UConn.

UConn, the #2 seed in the Bridgeport Regional, hasn’t won a national championship since 2016. And the Huskies are not favored to win this year’s national title, as they come in third behind South Carolina and Stanford, who booked tickets to the Final Four last night with wins over Creighton and Texas, respectively.

Will the Huskies Maintain Run of Elite Eight Excellence?

When NC State and UConn last met in the Elite Eight, the fourth-seeded Wolfpack defeated the second-seeded Huskies 60-52 to win the East Region of the 1998 NCAA Tournament. To date, it is the only time that NC State has reached the Final Four, and prior to this year, the only other time that the program reached the Elite Eight.

To put it mildly, UConn is in a different universe in that area.

Tonight’s game in Bridgeport will mark the 27th Elite Eight appearance for the Huskies under Hall of Fame coach Geno Auriemma. And that loss to NC State 24 years ago has proven to be a pretty rare occurrence.

While cutting down the nets at the end has been beyond them in recent years, getting to play in one of the season’s final three games has not proven to be, as the Huskies have won 13 straight Elite Eight games since that loss to the Tigers.

In other words, while NC State is the higher seed in this matchup, the odds are not in their favor, and not just the betting odds.

If NC State is to win this game, one thing that the Wolfpack will have to do is outrebound the Huskies.

UConn lost games against Louisville and Oregon in which they had an advantage on the boards, and the numbers were even in their loss to Georgia Tech. But the Huskies are more likely to win if they have an advantage and more likely to be in trouble if they don’t.

Against #7 seed UCF in the second round, they were outrebounded by six, and they had to withstand a fourth-quarter rally to record a 52-47 win. But in the 75-58 Sweet 16 win over #3 seed Indiana, UConn owned the boards, outrebounding by the Hoosiers by a dozen, with Olivia Nelson-Ododa posting 10 points and 14 rebounds and Aaliyah Edwards grabbing ten boards to go with her nine points.

NC State has had a great season, winning the program’s first ACC regular season title since 1990, winning the ACC Tournament for the third straight year, earning a #1 seed for the second straight tournament, and making a long-awaited Elite Eight appearance. But this will be where the ride ends for the Wolfpack, as UConn will win its 14th consecutive regional final.

The 2022 Formula 1 season is only six races deep, but the race for this season’s championship alerady appears to be down to just two drivers. Last season, Red Bull driver Max Verstappen claimed his first Formula 1 World Drivers’ Championship in highly controversial circumstances, with Lewis Hamilton denied what would have been a record-breaking END_OF_DOCUMENT_TOKEN_TO_BE_REPLACED