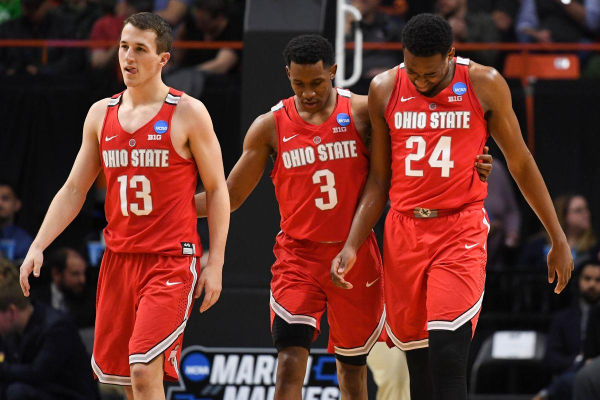 Wednesday night will feature a Big Ten matchup when the no. 19 Ohio State Buckeyes (7-1) travel to the United Center in Chicago to take on the Illinois Fighting Illini (2-6). For Ohio State, they had won six games in a row to open the season before losing to Syracuse 72-62 last Wednesday in Columbus. Despite the loss, they bounced back nicely in their next game, beating Minnesota 79-59 on Sunday. For the Fighting Illini, it has been a rough start to the season. They have lost 6 of their last 7 games including losses to Nebraska (75-60) and Notre Dame (76-74) in their last two matchups. In their six losses, they have They will look to get back on track against a tough Ohio State team. Even though this is technically a neutral site game, being played at the United Center in Chicago, it will still likely feel like a home game for the Illini. Tipoff is scheduled for 7:00 pm ET.

The Ohio State Buckeyes come into this game as 5.5-point favorites despite playing on the road. The over/under for total points scored comes in at 145.

On the season, neither of these two teams have been especially dominant on the offensive side. Ohio State ranks tied for 111th in the NCAA with an average of 78.4 points per game. For the Illini, they are just a little bit behind them at 135th in the nation averaging 77.4 points. In terms of margin of victory, though, there is a huge disparity. Ohio State ranks 24th in the nation with an average margin of victory of 18.3. The Illini rank 235th in the nation with an average of .3. Despite their 6 losses, the only reason that they are even in the positive is because of blowouts in their two victories (they beat Evansville by 39 points and Mississippi Valley State by 19.

They have a very balanced attack on offense and this was on display in their last game against Minnesota. They had 6 players who finished the nigh with double-digit scoring. Andrew Wesson led the team with 16 points, followed by Kaleb Wesson (15), C.J. Jackson (11), Musa Jallow, (11), Kyle Young (10) and Duane Washington Jr. (10). With such a balanced attack, they can be a tough matchup for defenses as most anyone on the floor can score.

The Illini have not had much luck to start the season and that doesn’t get any better having to face Ohio State on Wednesday. Illinois has been led in scoring this season by Trent Frazier. He is averaging 14.7 points, shooting .417 from the field. He is also averaging 1.9 rebounds and 3.4 assists per game and leads the team in steals with 12. Behind him is Ayo Dosunmu, who is averaging 13.1 points, 4.9 rebounds and 3.1 assists per game. Aaron Jordan (11.1 points, 4.8 rebounds) and Giorgi Bezhanishvili (10 points, 4.9 rebounds) also are averaging double-digit scoring.

The biggest problem for Illinois has been consistency. This applies not only from game to game but also even within the game. In their last game against Nebraska, they won the second half points 37-36, but after spotting Nebraska a 39-23 lead in the first half, there was nothing the Illini could do to rally back. In that game, Bezhanishvili led all scorers with 14, followed by Kipper Nichols (12) and Dosunmu (10).

Despite playing in enemy territory, I just don’t see how Ohio State loses this game. They are a far superior team right now to Illinois and I would certainly anticipate a double-digit win. The spread comes in at 5.5 and in 5 of the 6 losses by the Illini they have lost by 6 points or more. Take Ohio State giving up 5.5 points— I think you can take them with a lot of confidence.