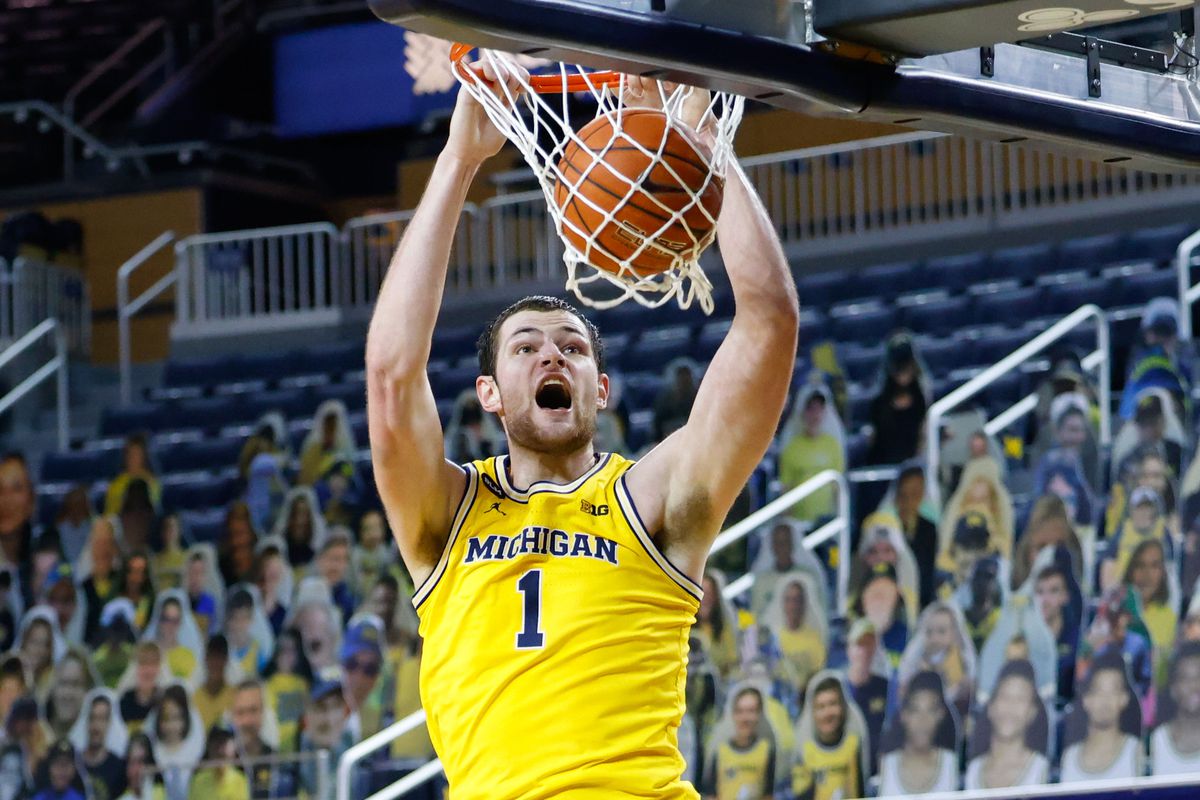 With the College Football season all but over it’s time to shift our attention to College Basketball as teams enter the conference play portion of their schedule.

The number one team in the country, the Gonzaga Bulldogs, have begun to separate themselves from the pack both on the court and in the betting odds. After opening up as the +700 favorite, they’ve moved all the way up to +350 after getting through their tough out of conference schedule unscathed.

While Gonzaga may seem like the obvious bet to make right now, there’s a number of teams that have a lot more betting value at this point of the college hoops season.

Here are the latest top 20 odds to win the 2021 edition of March Madness as per FanDuel.

The Michigan Wolverines began the season ranked 25th on the AP Poll and many people believed this would be a down year for the program, but they’re one of only two power 5 teams who still have their perfect records intact. After being only bumped up to the 10 spot in the latest AP rankings, Michigan went out and steamrolled No. 16 Minnesota by a final score of 82-57. You can guarantee that Michigan will find themselves in a top five spot when the Week 8 rankings are released.

Not only have they been fantastic in beating every team they’ve faced, they’ve also been great for sports bettors as they sit at 8-2 ATS which is no small feat in this year’s loaded Big Ten conference. They’ve faced two ranked teams so far this season, Northwestern and Minnesota, and covered the spread with ease against both.

Their starting center, Hunter Dickinson, has dominated down low for the Wolverines this season averaging 18 points and 8.1 rebounds per game while shooting 73 percent from the floor. Any team that wishes to challenge Michigan will have to have someone who can match up with their big man down low, which won’t be an easy task.

If you’re looking for a value bet to win March Madness, look no further than the Wolverines. Jumping on their odds sooner rather than later may be the move to make. They’ve already jumped from +2500 at the start of the season to +1200 which is where they sit at right now at FanDuel.

Drake Bulldogs are a Mid-Major Darling

If you think this is the year that a mid-major team not named Gonzaga can take a run at the National Championship, then the Drake Bulldogs might be the team that you’re looking for. If the saying holds true that “good teams win but great teams cover” then Drake might be one of the greatest teams in the country. Heading into the January 10 weekend they boast a perfect 11-0 ATS record and they’ve yet to lose a game.

Hailing from the Missouri Valley Conference they haven’t had to play a ranked team but nobody has even come close to challenging the Bulldogs. They have an average scoring margin of +22.2 which is good for 4th in the entire country.

We unfortunately didn’t get to see if last year’s Dayton team led by Obi Toppin could make noise in March as a team hailing from a mid-major conference, but Drake may just be this year’s version of the Flyers. If you want to jump on the Drake train you can still grab them at +10000 to pull off the unthinkable in the spring.

Tennessee Looks Like the Team to Beat in the SEC

If there’s any team in the country that can slow down the Gonzaga Bulldogs offense come March, that team might be No. 9 Tennessee. Despite stumbling in a 71-63 loss to Alabama, the Volunteers boast one of the best defensive units in the country ranking 4th in opponent points per game at just 57.1.

Tennessee, who lost in the Sweet 16 in the 2019 NCAA Tournament, could find themselves as a top two seed come March if they continue to showcase their defensive prowess. It’s hard to find another team in the SEC that’s as well rounded as the Volunteers, both in their starting lineup and their bench.

They’re 6-3 ATS, proving to be a profitable bet for anyone who’s decided to back them at the betting window this season. Much like Michigan, they’re another team that have seen their odds skyrocket since the beginning of the season. Opening at +2800, they are now currently listed at +1300 at FanDuel to win their first ever College Basketball National Championship.

Wisconsin’s Experience is Proving Invaluable Early in the Season

Wisconsin, one of the most veteran teams in the country who returned all five starters for the 2020-2021 season, is proving to be one of the toughest challenges for every team they face this season. With three wins against ranked opponents already, their resume is more than impressive as they hold a 9-2 SU record while going 6-5 ATS.

With all five of their starters averaging double-digit points, they can be a nightmare for teams to try to match up with. Senior forward Micah Potter has proven to be their most valuable player so far this season, averaging 12.7 points and 7.3 rebounds per game. With a stacked starting lineup and a deep bench, teams will need to do more than just shut down the Ohio native if they hope to best the Badgers.

Their upcoming game against undefeated No. 10 Michigan will be one to watch as the winner will establish themselves as the team to beat in the Big Ten. If you think they can get past the Wolverines on January 12th, then investing in them right now at +1500 at FanDuel would be a smart move to make.