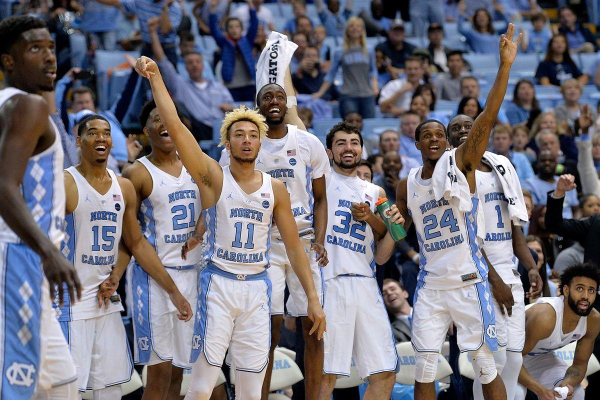 The North Carolina Tar Heels head to their in-state rivals NC State for their first true conference road test. Both teams have started the year off well, with both ranked in the top 15 of the AP’s latest poll. The way each team has gotten here has been slightly different, though.

North Carolina has three losses to Texas, Michigan, and Kentucky, but they also have marquee wins over UCLA and Gonzaga. NC State has only one loss but has also played a much weaker schedule. Their loss came to a ranked Wisconsin team, but they also beating a ranked Auburn team. One of the biggest determinants of this game is attempting to classify these schedules and what they mean. The AP poll and even other rankings attempt to rank these teams, but we all know that these rankings are really not made by the most educated people in the industry, so we have to take them with a grain of salt.

The line on this game directly follows what the ranking indicates, in my opinion. The #13 team goes on the road to a conference rival who is ranked #15. NC State is favored -2 in what should be a close game.

The Tar Heels have had a decent start, but it is probably worse than the would have liked. Texas is a win that this team would really like to have. Texas is a fine basketball team, but UNC should be able to take care of business there. The Michigan game was a flat-out embarrassment, which is something that we do not see too often. Other than that, they have taken care of most teams including a great win over Gonzaga. Kentucky is one of the most talented and unpredictable teams in the country, but that is a loss that any coach can live with.

Luke Maye hasn’t made the jump that a lot of Tar Heel fans expected. He is averaging 4 fewer minutes and every single important category is down besides his personal fouls. He is only shooting 44% from the field, which is the biggest issue long-term. They need more consistency from him if they want to live up to their expectations. Coby White and Cameron Johnson have both produced at a nice rate to keep the Tar Heels as a top team. Nassir Little is a top-5 pick caliber but hasn’t gotten a ton of playing time this season, although he is averaging over a point every 2 minutes.

This NC State team has 10 guys that average over 12 minutes a game. That is insane and really not sustainable in conference play. You need your best players on the court more often. When I look at NC State’s closest game, they had 3 players play over 30 minutes. I expect that to see something more like that in this game. Torin Dorn is the Wolf Packs’ leading scorer and should be asked to do a lot in this game. He is shooting over 40% from the three-point line this year and will need to have a big game to win here. This is a spot where I think that UNC should use Little to defend Dorn to shut him down and make the other player beat you. If UNC can force the Wolf Pack to look to their other options, I think they will be in good shape.

This is the first big conference game for these teams, so I have to take the team that I know more about. UNC has shown that they are clearly a top caliber team. NC State just hasn’t played the games to show this off. I will take UNC and the points here.