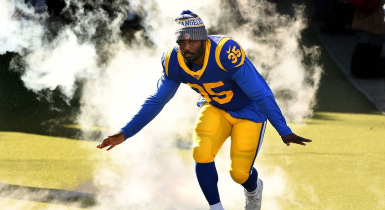 While most of us were watching the NCAA Tournament waiting for a ton of chaos to ensue, we missed out on seeing a 5-seed in Lipscomb, and a 6-seed in Wichita State reach the semifinals of the NIT. What was even more impressive is that these 2 teams were wrecking balls to the bracket without much help at all. Often times when we see a 5 and a 6 seed advance this far, we see a ton of carnage that allowed them to be the last ones surviving. This was not the case at all this year. Both teams faced their hardest possible road throughout the tournament, facing their first-round matchups along with the 1 and 2 seed in different orders based on bracket structure.

Let’s dive into how these teams got here and which one has been more impressive throughout this tournament. Lipscomb and Wichita State were both underdogs in every game besides the Lipscomb vs. Greensboro game that was a pick’em in most spots. That means that Lipscomb is actually in a strange spot being the favorite in this matchup. Both teams have not only covered the spread and won outright, but they have covered the spread by at least 9 in all six combined games. This indicates just how well both teams have played leading into this game.

Lipscomb’s road was probably the tougher of two roads. Davidson was no pushover and was the favorite by both seed and Vegas. I think this matchup was likely the easiest on paper for either team. After that game, Lipscomb played a UNC Greensboro team that was vying for an NCAA Tournament at-large bid, which shows just how good of a season they had. Then Lipscomb had to take on an NC State team that went 24-12 on the season and was ranked at different points before finishing 8th in the challenging ACC. All of these games were very challenging, and they forced Lipscomb to play different styles, which is tough over a short stretch.

Wichita State has looked great recently as well after their recent 10-point victory over top-seeded Indiana. The difference in the Wichita State resume is that I think the overall consistency of opponents was lacking. If I were to compare Indiana to NC State, we wouldn’t come up with one being way better than the other, but Indiana has the ability to no-show and just be bad in a lot of winnable games. NC State was just not as good as the top of the ACC, and it showed down the stretch in conference play. Clemson is in a similar boat but lacks the talent that both Indiana and NC State have.

If we just look into the defensive and offensive efficiency numbers between these two teams, Lipscomb is pretty easily the better of the two teams in both categories, ranking within the top 30 in offensive efficiency and 35th in defensive efficiency. Wichita State is solid defensively at 65th, but legitimately below-average offensively scoring less than a point per possession. If we look into the pace numbers, we see that Wichita State is basically average at 180th while Lipscomb is 27th. This doesn’t mean one is better than another, but I often like to take not of a team that plays notably fast or slow because that often means they’re more likely to dictate tempo. I think all of the advanced numbers favor Lipscomb, but it should be noted that the American, where Wichita State plays is drastically better, which will weigh these overall statistics down compared to a team playing in the American Sun Conference, like Lipscomb.

Both of these teams have a clear leader in the scoring category, but I think Garrison Mathews is the X-factor in this matchup. Mathews is a Lipscomb guard that averaged over 20 points on 45% from the field, 85% from the line, and 41% from 3-point range. Matthews stepped up and scored 44 in their last game, and he will need to stand out again to move on. The line in this game is -2.5 in favor of Lipscomb, and I think that is a little too low. I like Lipscomb here by 6 in an up-tempo game on Tuesday night.