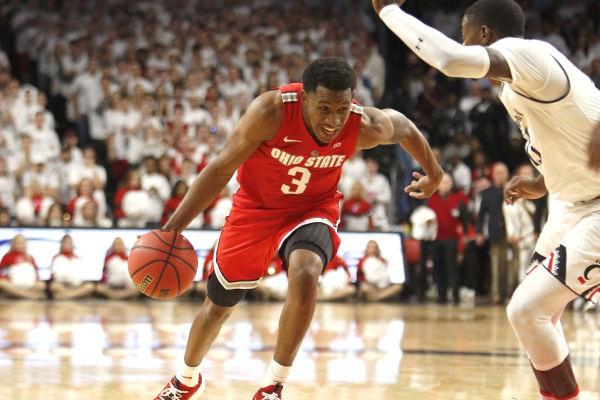 Big Ten powers are set to clash in Columbus on Saturday afternoon as the Ohio State Buckeyes host the Michigan State Spartans. Both the Buckeyes and Spartans are ranked in the top-15 in the latest AP poll, and the two teams have just three combined losses between them. Ohio State checks in at number-14 in the polls, while Michigan State has risen to number-8. Michigan State and Ohio State have been two of the top teams in the Big Ten for the last decade, and that seems to be the case again this season.

Ohio State is off to a 12-1 start to the 2018-19 season, and have won their first two Big Ten games. The Buckeyes lone loss of the season came against the Syracuse Orange in the Big Ten/ACC Challenge. Michigan State has lost two games already this season, but have won seven straight games and bring a 12-2 record into this matchup. Michigan State is a 1.5 favorite over the Buckeyes on Saturday.

Most of the top teams in college basketball are full of talented freshmen, but Tom Izzo’s squad is led by a trio of veterans. Juniors Cassius Winston, Nick Ward, and Joshua Langford do most of the scoring for the Spartans, but they also bring a ton of toughness and leadership. Winston leads the team with 17.1 points and 7.8 assists per game this season and is one of the top point guards in college basketball. Ward gives the Spartans an inside presence and Langford is one of the best shooters in the country. These three players should lead the Spartans to big things in March.

Tom Izzo’s Michigan State teams have always been able to rebound and defend, and that hasn’t changed this season. The Spartans are the third-best rebounding team in the country, pulling down over 44 rebounds per game. Michigan’s State’s length has them averaging almost six blocks a game, and they are allowing just 67 points a contest. The Spartans are always one of the toughest teams in the country, and this team does everything well.

Ohio State doesn’t have the athletes that Michigan State has, but they have played great on the defensive end of the floor. The Buckeyes are giving up just 62 points per game this season, which is the 23rd best scoring defense in the country. Ohio State is holding opponents to less than 30 percent shooting from the three-point line, and have big interior players protecting the paint. Ohio State dominated their first two Big Ten opponents with their defense but will face a much tougher challenge against the Spartans.

The Buckeyes don’t have the explosive offense like Michigan State, but they still have several nice pieces. Sophomore forward Kaleb Wesson leads the team with 16.5 points and 6.8 rebounds per game and is one of the better big men in the conference. Wesson gets the job done down low, but Ohio State can also win games from the perimeter. Ohio State is making over 37 percent of their three-point field goal attempts and will need to get hot to keep up with the Spartans.

This game could go a long way towards deciding which team will wind up winning the Big Ten Conference. The Buckeyes and Spartans are looking to keep pace with the Michigan Wolverines, and this should be a great early season test. It is hard to win on the road in the Big Ten Conference, but Tom Izzo will have his squad ready. The Spartans will leave Columbus with a victory. Bet the Michigan State Spartans -1.5 over the Ohio State Buckeyes.