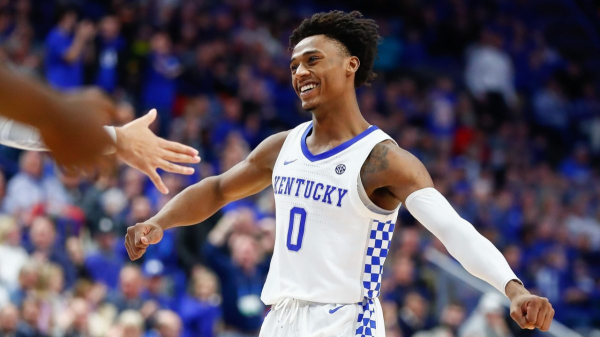 Saturday night features a matchup of the SEC versus the Big 12 as the No. 15 Kentucky Wildcats travel to the United Supermarkets Arena to take on the No. 18 Texas Tech Red Raiders. Both of these teams could use a win to help solidify themselves in the Top 25 and to boost their ranking in the NCAA Tournament.

This would be the type of signature win that can help propel the teams in a year that has seen volatility in the rankings and no clear teams that have set themselves apart from others. Tipoff for this one is scheduled for 6 pm ET.

Kentucky has been struck with the injury bug as players like Dontaie Allen, Ashton Hagans, and Ben Jordan are all either questionable or out. It was also just announced that former top recruit Kahlil Whitney is leaving the program, making them even a little thinner.

Still, Kentucky has performed well, having won six out of its last seven games, including an 89-79 win over Georgia Tuesday. The Wildcats’ lone loss in that time was an 81-78 setback at unranked South Carolina.

Texas Tech is in the midst of a rough stretch, as it has lost three of its last five games, including a 65-54 loss against TCU on Tuesday. Things don’t get easier, either, as they play three Top 25 teams in a row in the course of the next week. Trying to bounce back, the Red Raiders will look to upset the Wildcats at home.

The Red Raiders come into this one as 3.5-point favorites playing at home. The over/under for total points is set at 132.5.

Despite an up-and-down season and frustrations from coach John Calipari, the Wildcats are still a talented group. They currently have four players averaging at least 13 points.

Junior forward Nick Richards leads the way, averaging 13.7 points and 7.8 rebounds per game. In the last game against Georgia, he had 20 points and eight rebounds to go along with three blocks.

Trying To Get Back On Track

After such a rough stretch for the Red Raiders, getting a home win over No. 15 Kentucky would be huge. To do so, they will lean on freshman guard Jahmi’us Ramsey, who is averaging 15.5 points, 4.9 rebounds and 1.8 assists per game. In his last game, a 65-54 loss to TCU, he scored 15 points with five rebounds and two assists.

Taking The Wildcats And The Points

There are several things that play a factor in this one. Despite the short bench, the Wildcats have been playing better basketball as of late than the struggling Red Raiders. Additionally, both teams are above average on defense while the Wildcats hold the advantage on the offensive end.

Obviously, Texas Tech will get a slight bump playing at home, and for good reason, as they are 9-1 at home. I do see this one being close down the stretch, but that is all the more reason to take Kentucky, given it is the underdog. With 3.5 points in hand, I think Kentucky is the play here.