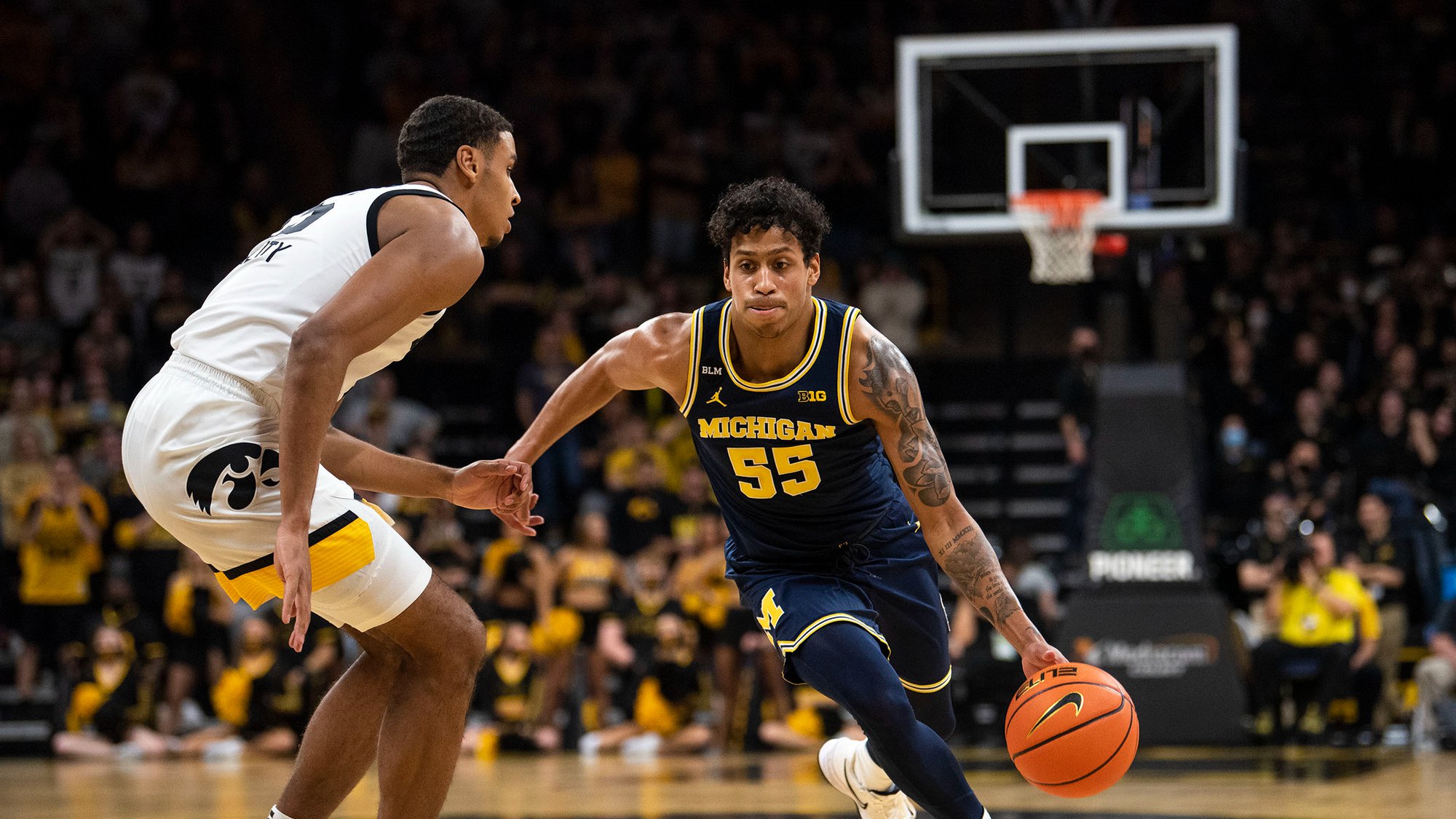 With their backs against the wall and their NCAA Tournament hopes in jeopardy, Michigan came up with a huge win on Tuesday night against rival Michigan State. Tonight, the Wolverines will all but lock up their place in the March Madness field if they can cool off Iowa for the second time in the span of a couple of weeks.

After a home loss to Illinois on Sunday, Michigan faced a make-or-break week this week, with Michigan State and Iowa coming to Ann Arbor before a regular season finale at Ohio State. They passed the first test with flying colors, throttling the Spartans 87-70 to bring their rivals back down to earth after their upset of Purdue.

Tonight, they look to sweep the hot Hawkeyes after a win in Iowa City two weeks ago. Michigan is the only team to have solved Iowa over the past month; can they do it again in the rematch?

Win and You’re In for Michigan?

It has been a disappointing, inconsistent season for Michigan, who entered the season with Final Four hopes after reaching the Elite Eight this past season.

But a lot of that can be forgotten with a strong finish, and Tuesday’s win over Michigan State showed that this team is capable of doing that.

The Wolverines jumped on the Spartans early and put in one of their best performances of the season, perhaps second only to their 84-79 win in Iowa City last month. Michigan took a 10-point lead six and a half minutes in and spent most of the rest of the game with a double-digit lead.

Leading the way in the rout was center Hunter Dickinson. The sophomore center notched a career-high with 33 points and had nine rebounds and four blocks against the Spartans. For the season, Dickinson is averaging 18.3 points per game, 8.4 rebounds per game, and 1.4 blocks per game.

That performance extended Houstan’s recent offensive success. Over his past three games, Houstan is averaging 19.3 PPG and has made 16 of 27 (59.3 percent) from the field and 9 of 14 (64.3 percent) from three. If he can stay hot, Michigan has a high ceiling even as a potential double-digit seed in the NCAA Tournament.

Here’s a look at their resume heading into tonight’s game against Iowa.

Michigan can’t breathe easy just yet, but a win over Iowa should mean a stress-free Selection Sunday. That is, if they don’t both lose to Ohio State on Sunday and get bounced from the Big Ten tournament in their first game in Indianapolis.

Whether it is timing, motivation, or something else, Michigan is 2-1 through three games of coach Juwan Howard’s five-game suspension. Many people might have figured his suspension would have been where the Wolverines would throw in the towel, given the season that they have had and the final stretch ahead of them.

Michigan has yet to hit the 70-point mark in four games in a row this season (or 80+ in three games in a row). So, they are looking at a notable achievement if they can do continue their scoring run tonight.

In their first meeting, the two teams combined for 163 points despite shooting a combined 8 of 38 from three. So, if they both shoot even somewhere around their season averages–Iowa is shooting 35.2 percent from three this season, while Michigan is shooting 33.8 percent from deep–we should be in for another high-scoring game.

The previous matchup accounts for Iowa’s only loss in their past eight games. In that run, the Hawkeyes have averaged 86.1 points per game. They enter tonight’s game having scored 88, 86, and 82 points in their three most recent games. For the season, Iowa ranks fifth in Division I in scoring at 83.7 points per game.

So, trying to slow Iowa down might not work. But just as they did in Iowa City, the Wolverines can outdo Iowa at their own game.

The Wolverines have four players who average double figures in scoring, led by Dickinson. But it was their fifth-leading scorer, freshman big man Moussa Diabate, who led the way in the win in Iowa City with a career-high 28 points.

Diabate was one of five Michigan players to score in double digits in that game, and if they can get similar contributions tonight and beyond, Michigan will be a dangerous team tonight and going forward.

Look for the Wolverines to follow Tuesday’s win with another big win in their home finale and all but ensure their place in the field of 68.