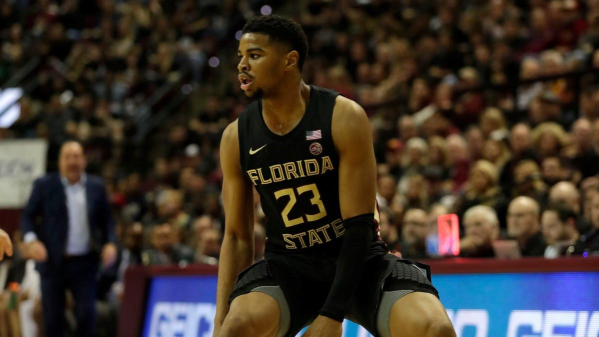 Monday night will feature a battle of ACC teams as the No. 8 Florida State Seminoles (20-3, 10-2) travel to Cameron Indoor Stadium to take on the No. 7 Duke Blue Devils (20-3, 10-2). Both of these teams have identical records, both overall and in the conference, making this a huge game for both teams. Both of these two trail Louisville in the conference standings and would love to keep pace with the Cardinals while also creating separation for the second spot. Tipoff for this one is scheduled for 7 pm ET.

Florida State comes into this one having won three in a row, including a 99-81 win over Miami on Saturday. Their last loss was to unranked Virginia on the road at the end of January. Throughout the season, Florida State has only faced one ranked opponent, but it was an impressive 78-65 win over Louisville on the road.

Duke survived an overtime thriller against unranked North Carolina on the road, ultimately winning 98-96 and extending its winning streak to five games in a row. Prior to that, the Blue Devils had lost back-to-back games to both Clemson and Louisville.

Duke comes into this one as an 8.5-point favorite playing at home. The over/under on total points scored is set at 148.5.

Florida State already has one major win in the conference when it took down Louisville, but it knows that a second one over Duke would be the type of signature win that could help it both in the conference standings and in seeding when March Madness rolls around. To do so, the Seminoles will look to their trio of scorers in Devin Vassell, Trent Forrest and M.J. Walker.

Hard To Beat At Home

Duke is 10-2 at home and would love to add another to the win tally to help its conference standing and overall rankings. The Blue Devils will look to Vernon Carey Jr. and Tre Jones to lead them again. Carey is averaging 17.8 points and 8.8 rebounds, while Jones is averaging 15.8 points and 6.6 assists per game.

In the overtime win over North Carolina, they combined for 46 points, with Jones leading the way with 28.

Taking Florida State And The Points

After the high intensity and drama that Saturday’s game against North Carolina brought, this one feels like a bit of a trap game for Duke. I have a hard time seeing the Blue Devils matching the level they played against North Carolina, and they certainly don’t have an easy task ahead of them, welcoming a tough Florida State team to town.

I do think they hold an advantage on the offensive side, but Florida State’s defense can step up when it needs to and has shown an ability to score too (the Seminoles just put up 99 points in their last game). Ultimately, I wouldn’t be surprised if Duke won this, but like Saturday, I think it will be a close one for the Blue Devils. For my money, I am taking Florida State and the 8.5 points.