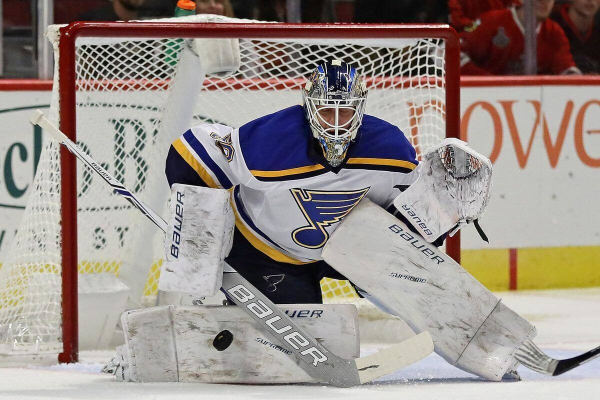 The college basketball world managed to avoid any major scandals or controversies this past week, which was nice for once. Instead, coaches getting extensions and more player movement highlight the past week in college basketball. Let’s catch up on the biggest stories.

The long-rumored extension for Michigan head coach John Beilein was finally announced this past week. The extension runs through the 2022-23 season, which will likely keep the 65-year old Beilein coaching in Ann Arbor for as long as he wants.

Earlier this summer, Beilein was reported in the mix for the head coaching vacancy with the Detroit Pistons. Beilein admitted it would have been a tough decision had he been offered the NBA job. In the end, the Pistons went another direction, allowing the Wolverines to lock up Beilein long term. In 11 seasons at Michigan, Beilein has guided the Wolverines to the NCAA Tournament eight times, including two appearances in the national championship game.

Another coach receiving a well-deserved extension this week was Clemson’s Brad Brownell. He received a six-year deal that will run through the 2023-24 season, giving him three extra years from his previous contract. Brownell will also make an average salary of $2.5 million over the next six years, a raise of just over half a million from his previous deal.

Not too long ago, Brownell was considered on the hot seat, as the Tigers went 6-12 in ACC play during the 2016-17 season, missing the NCAATournament for the sixth straight season. But Clemson bounced back in a big way this past season, finishing the year 25-10 and reaching the Sweet 16 after being picked 13th in the ACC preseason poll. It’s now up to Brownell to build on that success with the Tigers returning three of their top five scorers from last season.

Nebraska will have to get by next season without big man Jordy Tshimanga, who asked the coaching staff for his release this past week. The 6’11’’ Montreal native played in 31 games this past season but only averaged 13 minutes and four points per game. The Cornhuskers will miss Tshimanga’s size and defensive presence, but they will return their top four scorers, so his exit may not derail Nebraska’s plans for the upcoming season that much. He attended high school in Massachusetts but had offers from schools all over the country, so where Tishimanga will transfer is anybody’s guess at this point.

SamCunliffe is hoping his third school will be the right school. The guard announced Monday he will be transferring away from Kansas. Cunliffe spent one semester at Arizona State before transferring to Kansas and becoming eligible midway through last season. However, he was an afterthought with the Jayhawks, playing just 74 minutes. After going through summer workouts, he decided his future wasn’t at Kansas. He will have to sit out a full season wherever he lands this time around.

TheLas Vegas Invitational has announced that Michigan State, North Carolina, Texas, and UCLA will be the four teams participating in its tournament in late November. On ThanksgivingDay, North Carolina will play Texas while UCLA will face Michigan State. The following day, the two losers will face off prior to the championship game between the two winners. It should make for an interesting couple of days in Sin City.

Just Looking Into It

The NCAA announced last week that a team of experts will be looking into the long-term impact that legalized gambling could have on college athletics, most notably the officiating and integrity of sports like basketball and football that receive tons of action. After May’s decision by the Supreme Court to allow states to legalize sports gambling, Delaware and New Jersey are already up-and-running while Mississippi and West Virginia are not far behind.

Several universities have already expressed interest in receiving some of the money that’s bet on college athletics. This is sometimes known as an “integrity fee.” However, none of the states that have legalized sports gambling have included legislation for any league or college to receive an “integrity fee.”

Of course, that’s just one aspect of sports gambling the NCAA will be looking into over the weeks and months to come. The legalization of sports gambling has already forced the NCAA to reverse its ban on holding championship events in states that have legal sports gambling. Previously, that rule only applied to Nevada.

“While we certainly respect the Supreme Court’s decision, our position on sports wagering remains,” said NCAA chief legal officer Donald Remy. “With this new landscape, we must evolve and expand our long-standing efforts to protect both the integrity of competitions and the well-being of student-athletes.”