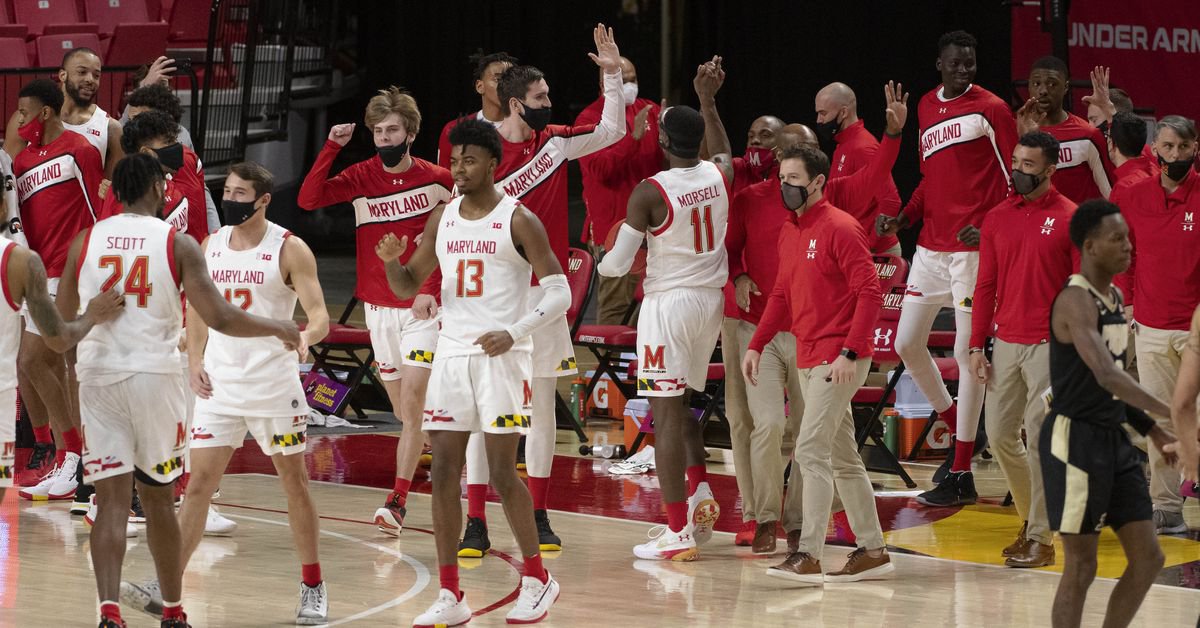 It is the day after the Super Bowl. What a dud, huh, especially if like me, all of your bets required the Chiefs to put up at least a decent showing. Oh well, the NFL is done at the same time college basketball is just heating up for real.

The Monday college basketball card is a little light overall but top team Gonzaga is in action, on the road against maybe the last obstacle between them and a perfect regular season. Also, Ohio State visits Maryland. Which Terps side will we see in that one Jekyll of Hyde?

Let’s break them down.

All college basketball odds are via Fanduel Sportsbook as of Monday, February 8 at 11:50 am ET.

Ohio State just keeps rolling. Everyone agrees that they are not the most talented team in the Big Ten but they have been winning when they are supposed to more than the other teams. Maryland meanwhile is the exact opposite. They are not dripping with talent but they have more than enough to be more than just one game over .500 for the year.

If you are looking for a reason to fade the Buckeyes you might be interested to know that they are 0-2 ATS as a road favourite this season, including the one time they were road chalk in Big Ten play. Of course, that means you have to back a Terps team that loves to break your heart. Unfortunately, that is the way I am leaning. I think Ohio State is just overvalued right now.
Betting Advice: Take Maryland.

Oklahoma State won the first matchup between these two teams last month, 75-70. Top prospect Cade Cunningham posted a very solid 18/7/7 stat line and was supported by three other players scoring 10 or more points. I don’t know when, but I venture to say that it has been a while since the Cowboys beat Kansas twice in the same season. This year they already have a leg up with Cunningham being the top player on either team but maybe they have more than that. Oklahoma State has the better record overall but is a half-game behind Kansas in the B12 standings. The Cowboys are 6-2 on the road this season and with the best player on the floor, I am giving them a chance.
Betting Advice: Take Oklahoma State.

This is a rematch game too as Gonzaga beat BYU earlier in the season at home by 17 – that game was a push against the number. Gonzaga seems to be struggling with motivation a little here. In their last game against the lowly Pacific Tigers they were not even winning at the half. However, they are not experiencing any injuries so even though the ATS record is now under .500 I think we have to stick with them. This adjustment seems like more than just for change of venue as the Zags perception has taken a hit, that is when you want to strike.

Normally the Marriott Center is one of the better homecourts in the country but that is not going to be the case this season. Also of note, you have not been able to get the Bulldogs this cheaply since they destroyed Virginia in December. You don’t want to miss that.
Betting Advice: Take Gonzaga.

If you are staying up late to watch Gonzaga/BYU you need something to flip to on commercials, right? At least San Jose State comes into this one with some momentum. They have won and covered in three in a row. Richard Washington is averaging 20ppg for the Spartans but his status for this one is questionable. That is a bullet they really need against a strong defensive team like SDSU.

The Aztecs are looking up at more teams in the Mountain West than normal this season. They are also on a good roll with four straight wins and covers. There is a huge gap between the haves and have nots in the conference this season. SDSU, in part due to the 10th best defense in the country is still firmly in that first group. They just have more company than usual. This is a big number but stick with the home side. Betting Advice: Take San Diego State.

After extending their hot and San Diego’s cold streak, the Seattle Mariners will be looking to leave Petco Park with a two-game sweep as they take on the Padres this afternoon. Yesterday, the Mariners pounded out a dozen hits and plated eight runs, and Chris Flexen pitched 6.2 shutout innings to collect his third straight END_OF_DOCUMENT_TOKEN_TO_BE_REPLACED