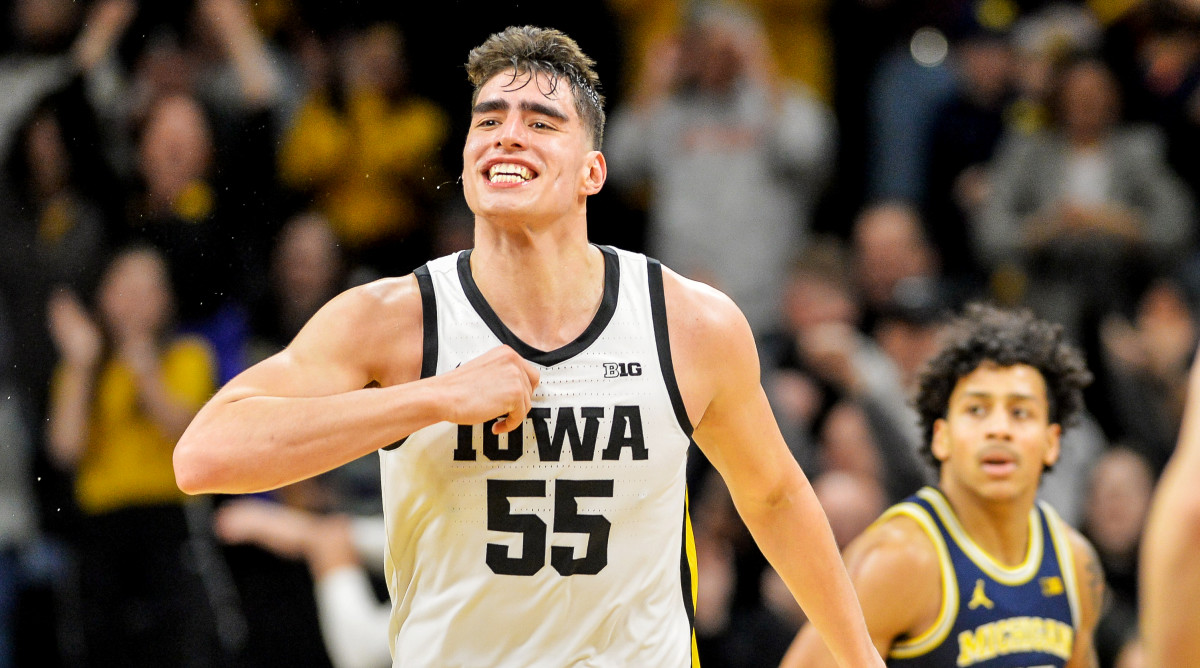 It’s all about player of the year candidate Luka Garza when his fifth-ranked Iowa Hawkeyes travel to Maryland to take on the Terrapins in College Basketball action on Thursday night.

The 6-11, 265-pound star is virtually unstoppable, and not just because of his size. Want to double him? He’s a terrific passer with superb court vision. Want to zone him? He’s a very good mid-range shooter who also buries better than 48 percent of his three-point attempts this season.

Maryland has a puncher’s chance, though, having beaten Wisconsin and competing with the likes of Michigan and Indiana.

FanDuel sportsbook has Iowa favored by 5.5 points and the total set at 153.5, dropping it two points from an earlier number of 155.5.

The Hawkeyes dropped games to Gonzaga and Minnesota this season, but have defeated North Carolina, Iowa State and Purdue. Their most recent game was an escape from Rutgers, 77-75, during which the offense stalled a few times. The matchup with Maryland could serve as a “get-back-on-track” game for a team with high-end postseason goals.

Garza is averaging 27.5 points and 9.1 rebounds per game and has 22 blocks on the season.

Iowa ranks fifth in the nation in scoring, putting up 92.7 points per game. The Hawkeyes shoot 47.9 percent shooting from the field, 37.3 percent from three-point range and 72.7 percent from the free-throw line.

The Terps’ fortunes could hinge on how well center Donta Scott plays. After scoring 19 points with seven rebounds against Michigan, Scott had only seven points to go with 12 rebounds in a 63-55 loss to Indiana on Monday night.

The biggest question is whether Scott can help contain Garza, or at least limit his effectiveness. Scott is 6-7, 230 pounds and averages 12.9 rebounds and 7.3 assists per game.

The wild card in this game could be guard Aaron Wiggins, who scored 22 points and grabbed 10 rebounds at Indiana and could exploit his matchup with the Iowa backcourt.

The Hawkeyes need to win tough road games to prove – to themselves and critics – that they are every bit the title contenders they believe they are. Iowa will apply the early pressure, and the bet is that Maryland will suffer foul trouble thanks to Luka Garza.

Maryland figures to push the pace and drive the game Over the total.