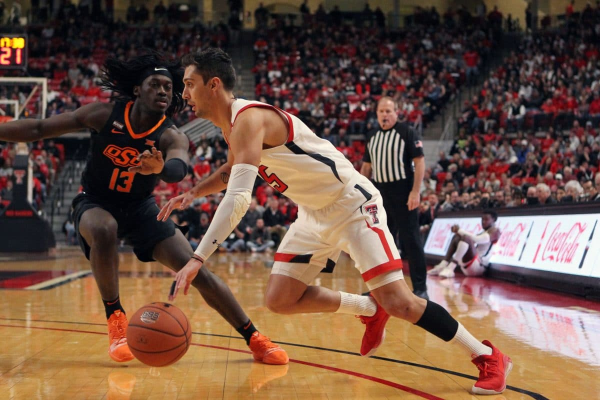 The Big 12 Conference is loaded with terrific teams this season, and two of them are set to square off on Tuesday night. The No. 22 Texas Tech Red Raiders will host the No. 4 Baylor Bears in a battle of Top 25 teams that have just four combined losses between them.

Baylor has been one of the best defensive teams in the country this season, and Texas Tech has been an extremely difficult team to defend. Life on the road in the Big 12 is never easy, and Baylor will have its hands full in this game.

Texas Tech has won five straight games, and it comes into this game with a record of 10-3. The Red Raiders were in the national championship game a season ago, and they are off to a 1-0 start in conference play.

Baylor has gotten off to an 11-1 start this season, and it is also 1-0 in conference play. The Bears have won 10 straight games after losing a game to Washington.

FanDuel has the Texas Tech Red Raiders as three-point favorites over Baylor in this game.

The Bears are allowing just 58.9 points per game this season, and they were terrific in their Big 12 opener. Baylor held Texas to just 44 points in that win, which is never easy to do against a terrific Big 12 opponent.

The Bears have struggled a bit on the offensive end, but they are still scoring over 75 points per game. Outscoring opponents by more than 15 points per game is hard to sustain, but the Bears are for real.

One of the biggest reasons that Baylor has struggled to score at times is that it has a tendency to shoot the ball poorly. The Bears do have three terrific shooters, but the Red Raiders will know how to defend them.

Guard Jared Butler leads the team with 17.3 points per game, and he will need to be great in this game.

Texas Tech Has A Reloaded Offense

The Red Raiders returned just one starter from their national runner-up squad from a season ago, but they have reloaded in a hurry. Texas Tech is averaging close to 77 points per game, and they aren’t afraid to shoot it from deep.

The defense has been solid for this team as well as they are allowing just 62.2 points per game. Texas Tech plays extremely hard on both ends of the floor, and it is hard to beat.

Texas Tech has five different players averaging in double figures this season, and any one of these players can be the hero in this game. Davide Moretti is back after a terrific performance in the NCAA Tournament, and he leads the team with 28 three-point shots made.

The Red Raiders are extremely efficient on offense, and they share the ball very well.

Red Raiders Too Much For Bears At Home

There is a good chance that both of these teams make a deep run in the NCAA Tournament, but they are both focused on the Big 12 conference race at this point of the season. Baylor and Texas Tech have both been terrific on the defensive end of the floor this season, and there likely won’t be a ton of points scored in this game.

Texas Tech might have a brand new roster this season, but it still has plenty of offensive firepower. Baylor has struggled to shoot the ball at times this season, and that is going to cost it in this game.

Head to FanDuel and bet the Texas Tech Red Raiders -3.0 over Baylor Bears in this Big 12 showdown.