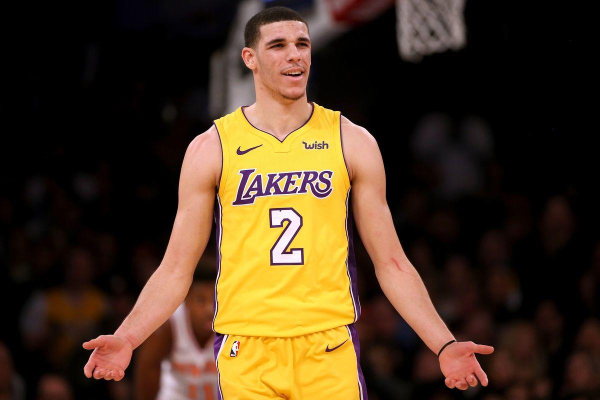 The Los Angeles Lakers head to Houston to take on the Rockets, who are the second-worst team in the Western Conference so far. The Rockets have been playing “better” of late, with a nice offensive efficiency rating since basically releasing Carmelo Anthony. However, they are still not good defensively. The Lakers started off the season as a very poor defensive team, but they have gotten much better recently. They try to switch basically everything, so it makes sense that over time they get better at that strategy with the communication necessary to make it work.

The Lakers have won 6 of their last 7, all of which came without Rajon Rondo and most without Brandon Ingram, who both will not be back today. Now, it seems strange that this team is actually hitting their stride without some key rotational pieces, but I think it has allowed players to find rhythm. I think that guys like Kyle Kuzma and Lonzo Ball are MUCH better players when they play 35 minutes a game, even when it comes to their aggressiveness. I think the Luke Walton’s coaching strategy is truly horrible for these young players and a deep team. Walton has notoriously run with the hot hand since he has been the head coach and that has forced guys like Kuzma, Hart, Lonzo, and even vets like Lance to press when they are in.

If they are not off to a good start, they kind of have to take a back seat and hope they don’t get pulled quick. LeBron James is LeBron. He’s good at basketball and can basically do whatever he wants. I don’t think this will change in this matchup at all. Kyle Kuzma has been great recently and I assume he may get the matchup with someone like Eric Gordon. I think they move P.J. Tucker to Lebron, but whichever of the two get Gordon defensively will go off. The other interesting part of this Lakers success is how much LonzoBall matters to this teams success. Lonzo is holding opposing players to 32% from the field this season, which is insane. Also, the Lakers are 13-0 when Lonzo plays 6 or more minutes in the fourth quarter and 7-1 when he plays more than 30 minutes. He hasn’t been incredibly productive to any degree, but those are remarkable numbers regardless.

James Harden and Chris Paul just aren’t the same guys this year. Harden has not had the same overall production this year and Chris Paul looks off. Even in the last game, Chris Paul had a “Jason Kidd triple double” and it was his first of the year. Even when Harden was out, Chris Paul didn’t get a triple double and really struggles in most games without Harden, which should not be the case if he was the Chris Paul of old. Whether he is hurt or old, something is off here. James Ennis is hurt and will not play in this game.

Eric Gordon will start again at the 3 and the rest of the starters should remain the same. The Rockets are not deep at all, which may be to their detriment here. I think they don’t have the defenders and bodies to match up with the Lakers. Will they run small? I don’t think because they will still have to defend LeBron or Kuzma with basically a guad. This means that they will have to use a lot of Capela. This should be good for Capela’s production, but I’m not sure that this is what the Rockets would do if they had more bodies.

I just think the lack of wing defenders against the best wing ever and a very productive Kyle Kuzma, along with Lonzo and Hart being pretty good defenders should give the Rockets too much to handle. The Rockets need to get a lot of guard scoring, which the Lakers have been good at stopping. They also need to slow down elite wing scoring, which the Rockets have no answer to. I like the Lakers here outright and I LOVE them (+5.5).