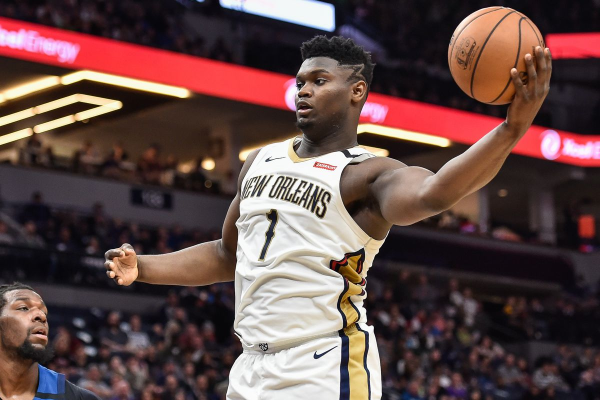 Friday features a battle of East versus West as the Washington Wizards (24-44) take on the New Orleans Pelicans (29-39) at the Visa Athletic Center. With the seeding portion of the regular season in full swing, both teams need to find wins to help their playoff chances. Tipoff for this one is scheduled for 8:00 pm ET.

For the Wizards, they come into this one getting a day off after losing to the Philadelphia 76ers 107-98 on Wednesday. The Wizards currently sit on the outside looking in when it comes to the playoffs in the East. They have an uphill battle as they sit in 10th, 7.5 games behind the Orlando Magic for the last playoff spot.

Like the Wizards, the Pelicans would be out of the playoffs if the season ended today. Despite sitting in 13th in the West, though, they are just 2.5 games back of the Memphis Grizzlies for the 8th spot. The problem is they have four teams to jump just to get to the Grizzlies.

The Pelicans will come into this one on the second night of a back-to-back after losing to the Sacramento Kings 140-125 on Thursday. With every game being valuable, this is a setback that New Orleans can’t afford and will look to get back in the win column Friday.

According to FanDuel, the New Orleans Pelicans come into this one as 6-point favorites over the Wizards.

On the offensive side, these two are neck and neck in terms of team scoring. The Pelicans sit 5th overall averaging 115.7 points per game. For the Wizards, they come in one spot later at 6th, averaging 115 per game.

Washington Trying To Compete Without Stars

It is never easy to compete without your best players. For the Washington Wizards, that has been the story of the restart for them. They are without Bradley Beal and John Wall, their two best scorers, and there isn’t a whole lot else on the roster at this point.

While their injuries have hurt their chances to compete, it has allowed others to step up, though. For instance, center Thomas Bryant has done an excellent job as of late. In their last game against Philadelphia, Bryant went for 19 points and ten rebounds, while also adding two steals and four blocks. What speaks even more to his success is that he was matching up with Joel Embiid.

Troy Brown Jr. also had a nice game. The guard went for 17 points, eight rebounds, and four assists. They will certainly need to continue to play well to run with the Pelicans.

With wins crucial at this point, a big loss to the Sacramento Kings on Wednesday hurt. Still, the Pelicans will try to regroup as they take on a struggling Wizards team.

In the loss on Wednesday, Brandon Ingram and Zion Williamson led the way with 24 points each. Ingram added three rebounds and three assists while Williamson added two of each.

For Williamson, he has been somewhat limited in his minutes and played just 22 minutes in this one. In the second game in as many nights, it will be interesting to see how long he plays against the Wizards.

I struggle with this one a bit. On the one hand, the Pelicans are playing their second game in as many nights, but, on the other hand, the Wizards have been really bad since the restart began.

To this point, the Wizards are 0-4 in the restart and are quickly facing elimination. At 24-44, the Wizards stand with the worst record of any teams still playing, and the season is essentially over at this point.

Granted, they could show some fire and try to make things respectable, but I feel they may pack it up, and the Pelicans might walk all over them. For my money, I am taking the Pelicans despite laying the six points.