The Odds for the Western Conference Finals Have Been Released 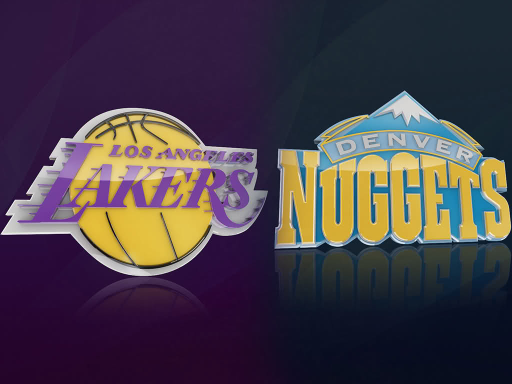 The Battle of L.A. that was initially scheduled for the Western Conference Finals will have to wait another year. The Denver Nuggets played spoiler to the Los Angeles Clippers after being down in the series 3-1. Kawhi Leonard and Doc Rivers were favored most of the season to be the team to win the NBA Finals this year but were knocked out before reaching the conference finals.

The Nuggets are back in the WCF for the first time since 2009 where it was Carmelo Anthony vs Kobe Bryan and The Lakers won that series en route to win their NBA Championship. This go-around features Lebron vs Joker and AD vs Jamal Murray in what should be a very interesting first-to-four. Game 1 tips off on Friday at 9 p.m. EST and the odds are already in favor of the Lakers.

Denver has been bet against since being down 3-1 in round one against the Jazz but somehow became the first team to win two playoff series despite facing six elimination games. It would only make sense that they are predicted, yet again, to lose against the No.1-seeded Lakers.

It is worth mentioning LeBron and the Lakers were preparing to face the Clippers up until last night. Now, they have a couple of days to formulate a game plan to attack Nikola Jokic who racked up the 13th Game 7 triple-double in NBA history with 16 points, 22 rebounds, and 13 assists.

In the regular season

So far this year, the Lakers hold a 3-1 record against Denver and LeBron was not playing in the only loss to the Nuggets back on Dec. 22. All of the other contests were decided by nine points or less including the 124-121 bubble game in which Michael Malone played all Denver bench players in the fourth quarter while L.A. kept their starters on the floor to steal the 124-121 victory.

That game consisted of 10 Nuggets’ players being on the floor for at least 20 minutes each with eight of them scoring in double digits. L.A. had James, Davis, Danny Green, and Kyle Kuzma on for at least 30 minutes. Being the most recent contest between the two teams, it goes without saying the series is a fresh start with a whole new set of circumstances. Denver has nothing to fear after their defeat of the Clippers and LeBron has to prove he is still the King of the NBA.