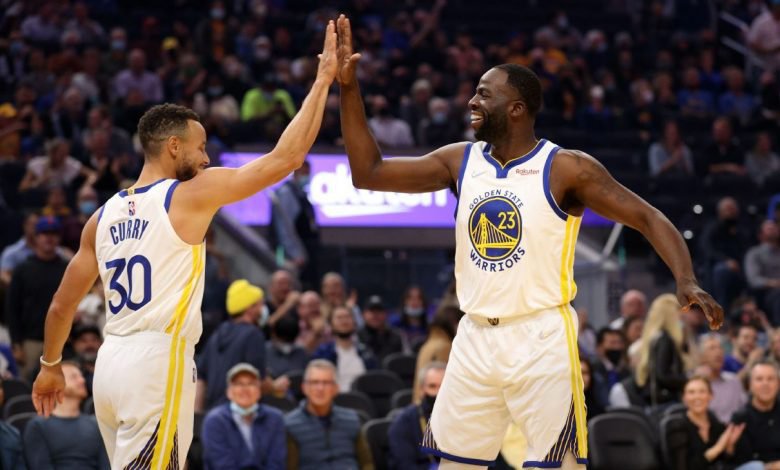 The NFL is the main thing on the plate of many bettors today, but there’s some money to be on the NBA betting front today as well.

Saturday’s schedule was smaller but superior in terms of matchups, but today we get to see a number of awards hopefuls in action.

Players in bold are in action today.

The top three favorites for NBA MVP are all in action today. As of the time of writing, the Nets and Raptors are in the second half of their matchup in Toronto, while the other two will take the court later today.

Will Steph show out tonight against the Rockets? The Rockets put in a good performance in a one-point loss to the Nuggets yesterday, but this is their first back-to-back of the season and things could get ugly tonight at the Chase Center. The Warriors have won three in a row and seven of eight overall to start the season, and their last three wins are by 21, 22, and 41. But Steph is coming off of a couple of rough shooting performances against the Hornets and Pelicans, so he’ll surely be raring to light up the Rockets.

The most interesting candidate at the top of this list is Duarte. He didn’t come into the season with the same hype of the four guys ahead of him on the list. And 24, he is the old man on the list. But while it’s been a rough start for the Pacers under Rick Carlisle, Duarte has made a great early impression and is averaging 16.1 points per game and 4.4 rebounds per game. He has made 42.4 percent of his threes and should get solid minutes and shots tonight against the Kings, who are 25th in the NBA in points allowed per game.

Good luck trying to pry the Defensive Player of the Year award out of Gobert’s hands, as he is already out in front of the pack to win his fourth one in the last five seasons. It might be a wise idea to jump on these odds while they’re where they are. Barring injury, they’re only bound to get shorter as the season progresses.

Whether it was falling in love with his own hype or the celebrity status that came from being a rookie sensation in the 2019-20 season, Herro didn’t have the year that anyone expected last season, even though he averaged more points per game.

Whatever it was that snapped him back to reality, it has worked. Through nine games, Herro is averaging 21.3 points per game and 5.7 rebounds per game. Most importantly, he has found his shot again. He has made 42.6 percent of his threes so far, up from 36 percent last season. Can he keep it up for the full season? If he does, it could be the difference in the Heat being a middle-of-the-pack team in the Eastern Conference to challenging for a top-three seed.