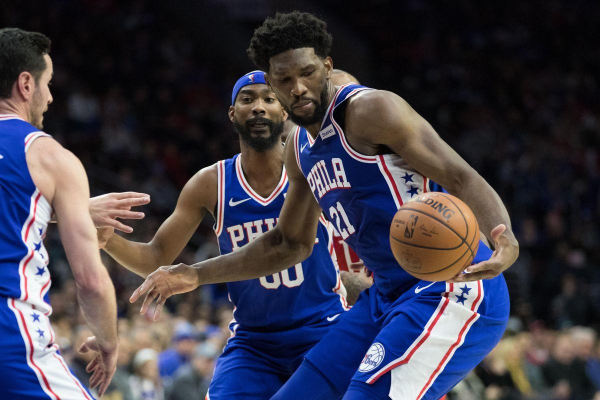 The Philadelphia 76ers are in L.A. to take on the LeBron-less Lakers in a nationally televised game Tuesday night. The 76ers and the Lakers have both been very banged up coming into this game, but one team is looking to be much better off on the injury front in this game. The 76ers expect to have Simmons, Butler, and Embiid back in this game and they do not have anyone else notable on the injury report for this game either. The Lakers, on the other hand, are dealing with an injury to their starting point guard, Lonzo Ball, who should be out until the all-star break and an injury to LeBron James that will hold him out of his 17th straight game. James is practicing with the team and is close to full-strength, with a return on Thursday still in the cards. Kyle Kuzma and Josh Hart are both listed as questionable for this game and didn’t practice on Monday

The 76ers are 5-2 in their last 7, with losses to the OKC Thunder and the Denver Nuggets. Those are two very strong teams that are both considered contenders in the West by many, so these 2 losses are not at all worrisome, especially since the Nuggets game was played without Jimmy Butler and post-presence Joel Embiid. The 76ers had absolutely no answer for Jokic, who posted a monster triple-double in that game.

The biggest thing for the 76ers in this game is to get Embiid established down low. The Lakers rim protection is rather good this season with Javale and Tyson Chandler holding it down, and even Zubac has been a solid block guy when on the court, but they have no true answer for Joel Embiid.

Without LeBron, Kuzma is clearly the guy the Lakers call upon to score 30 points on a given night to be “that guy” for the offense. Guys like Ingram, Caldwell-Pope, Rondo, McGee, Chandler, and Stephenson cannot be asked to really carry the scoring load whatsoever. If Kuzma is out, I am extremely worried that the Lakers will simply have down periods of scoring because they are just going to be very streaky without guys that are consistent scorers. Last game, Luke Walton started Beasley for Kuzma, which I like because Beasley does have a 30-point game in him, but that will not solve the issue.

The thing that has helped the Lakers in these situations is Zubac’s emergence. This is exactly why I believe that the 76ers need to force feed Embiid until he gets Zu in foul trouble. If Kuzma is out and Zubac gets into trouble, the Lakers are likely getting blown out, and I think it is very much in the realm of possibilities.

The Lakers have obviously struggled more without LeBron than they did with him, but I think they have done decently not to collapse. In Cleveland, the Cavs were 4-23 in games that LeBron missed in a 4-year period— YIKES. The Lakers typically ran out a lineup of 5 players under 23 years old with potential old man Chandler or 25-year-old KCP thrown in, but I was very impressed with what I saw before Ball went out injured vs. Houston.

With this particular lineup, I’d prefer Ball over Rondo because of the youth play style of passing and running more, but Rondo is clearly capable of getting guys open shots in the half-court setting. This game is going to really be a test for the young guys to play against stars and prove that they can hang, particularly Ingram and Zu if the others are out. Zubac has been phenomenal, but he hasn’t faced guys like Embiid, can he continue this play, or is he feasting on bad big men? Can Ingram be the lead scorer if called upon? These are the biggest questions surrounding the Lakers in this game.

Philly is -6.5 in this game, which I think is very interesting and I think it tells you that they expect Kuzma to play. I love the 6ers here if Kuzma and Hart are out and I would be willing just to take the bet right now because I think if they are ruled out you may see the number get closer to -10. I think the Lakers understand they are unlikely to win this game and they will play it safe with the kids if they are not 100%, especially during the trade rumor season. Give me Philly here in a game that they eventually run away with.