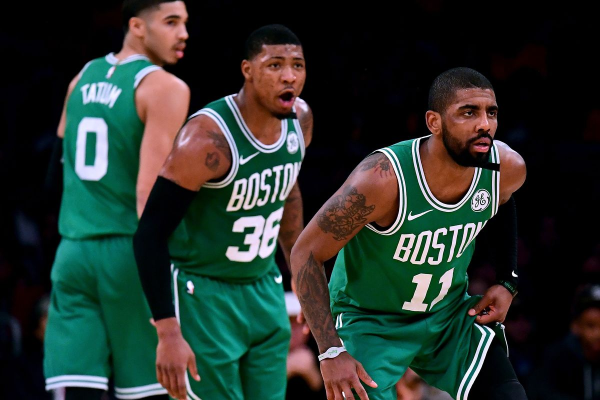 There is still plenty to figure out in the NBA Playoff race with just a few regular season games remaining. The Orlando Magic and Boston Celtics are both still playing important games down the stretch, and they will meet up on Sunday night in Boston. The Celtics are trying to clinch home-court advantage in the first round of the playoffs while the Magic are trying to end a long playoff drought by clinching a playoff berth. Orlando has beaten Boston in their first two meetings this season despite having a much worse record.

Boston comes into this game with a three-game winning streak that has improved their record to 48-32 on the season. The Celtics were supposed to be the team to beat in the Eastern Conference, but things have not gone as planned. Boston holds a slim one-game lead over the Indiana Pacers for the 4th seed in the Eastern Conference. Orlando has won two straight games and two of their last three to improve their record to 40-40 on the season. The Magic come into this game with a 1.5 game lead over the Miami Heat in the Southeast Division. The Boston Celtics are a -5.5 point favorite in this game.

The Orlando Magic struggled to score points all season long, but that hasn’t been the case in the last few weeks. Orlando has scored under 100 points in just one of their last 11 games, and they were able to score 149 in their last game against the Atlanta Hawks. The Magic are averaging just 107.0 points per game for the entire season, but it looks like they have figured some things out on that end of the floor. Orlando has been terrific on the defensive end all season long, allowing just 106.5 points per game.

All-Star center Nikola Vucevic has been the star for the Magic all season long, but he has gotten plenty of help of late. Vucevic leads the team with 20.8 points and 12 rebounds per game, and looks like a future star in the NBA. Veteran point guard D.J. Augustin has been playing great of late as well, and is averaging 11.6 points and 5.2 assists per game. The Magic could still use some more depth on their roster, but they have the talent to win the division.

The Boston Celtics have been waiting for Gordon Hayward to be completely healthy all season long, and it appears that he is officially back. Hayward went 9-9 from the floor in the Celtics huge win over the Indiana Pacers on Friday night, and has the ability to carry this Boston offense. The former Utah Jazz star is averaging 11.4 points per game this season, but can pour in 20 points almost every night. Boston is averaging 112.4 points per game this season, but they have the talent to be one of the top scoring teams in the league.

Point guard Kyrie Irving has caused plenty of off-court drama this season, but he is still one of the premier players in the league. Irving leads the Celtics with 23.8 points and 6.9 assists per game this season and will be the star when the playoffs roll around. Boston has been terrific on defense all season long, and are holding teams to less than 108 points per game.

The Orlando Magic have come out of nowhere to be in the playoff race this season, and beating Boston has been a huge part of it. The Magic are going to see a different Boston squad in this game, and the Celtics are going to get some revenge. The Celtics appear to be taking their game to new heights, and they will roll in this game. Bet the Boston Celtics -5.5 over the Orlando Magic.