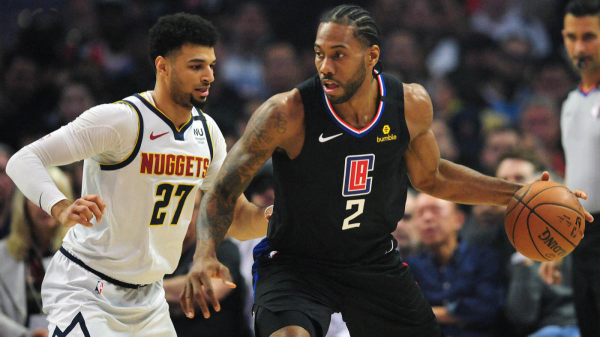 No team figured to be more negatively affected by going to the Florida bubble than the Denver Nuggets, and that’s exactly how it’s playing out so far. While the mile-high crew performed well in rallying against the Jazz in round 1, they still needed to rally to beat the Jazz in round 1… A powerful 3 seed should not fall behind 3-1 in round 1. But the Nuggets, as a franchise, have always relied to a certain degree on their steep home court advantage in the thin air.

Now that all the games are in Florida, we’ve seen what a great equalizer that has been. The games have been closer, and the series often go longer. Now that we’ve reached round 2, the class of the league figures to start flexing their muscles.

In looking at game 2 between the Clippers and Nuggets, it’s not hard to find some factors that are concerning for the Denver faithful. In game 1, they were blown out by halftime and eventually lost by 23, despite not really being blown out statistically. The rebounding battle was 45-40 for Los Angeles. The Clippers had just 3 more assists. The turnover margin was essentially even and the Clippers were actually whistled for more fouls. Game 1 effectively came down to which team was getting better shots. The Clips shot 57% from the field, the Nuggets shot 42%.

Early in the playoffs, Paul George was admittedly distracted. He appears to be on the other side of whatever ailed him as he has hit 48% of his shots from the field and averaged 23 points per game since the Clippers were shocked by Luka Doncic and the Mavs in game 4 of that series. That game evened the series at 202 and seemed to get the Clippers’ attention, locoing them in. They’ve won all 3 of their games since then by an average margin of 26.3 points.

You can also look to the regular season matchups between these two and gather more info. Again, the Nuggets took advantage of home court and the Clippers missing George due to a hamstring injury and were still challenged to hold off a late charge by LA. But later in the season, away from the mile high air with the Clippers at full strength, the margin was 29 in favor of LA.

George had this daunting quote after the Game 1 victory over the Nuggets. “To be honest that’s the best we’ve done so far against an opponent. Our attention to detail was great and we followed the game plan.” The Clips are the healthiest they’ve been in a long time and predictably, seem to be playing at their highest level too. This series feels like it could be a sweep.

Are the Clippers the best bet despite the spread?

Diving into the numbers, two things stand out as worthwhile risks at this point. The Clippers are in a groove, and are the better team. So the questions become will they relax and will the Nuggets play with the desperation of a fighter who’s been punched in the mouth? The point spread is 9, so to win on that side will require a double digit Clippers victory. Betting on NBA playoff games with high spreads might seem risky but the Clips are an offensive machine right now and their history suggests they don’t play a lot of close games. Of their last 19 wins, which includes 5 playoff wins, only 2 times was the final score within 5 points.

Doc Rivers says after Game 4 in round 1 against the Mavericks, the team found its belief that it can win a championship. That’s a key remark at a key time. They’ve dominated ever since, and look like the kind of team that doesn’t blink just because it has a 1-0 series lead.

Don’t hesitate to lay the 9 points in this one. Another strong play would be to play the OVER as the number stands at 221.5. Game 1 came in at 217, but the Nuggets are a good bet to shoot a bit better this time. Game 1 also saw an out of character 3rd quarter where the two teams combined to only score 38 points. The pace should remain a bit more steady for game 2.

Tonight, two pitchers whose records could use a little polishing match up as the St. Louis Cardinals welcome the Miami Marlins to Busch Stadium to open a three-game series. Cardinals hurler Adam Wainwright has not picked up a win since May 20, while Pablo Lopez’s win in his most recent start last week was his END_OF_DOCUMENT_TOKEN_TO_BE_REPLACED