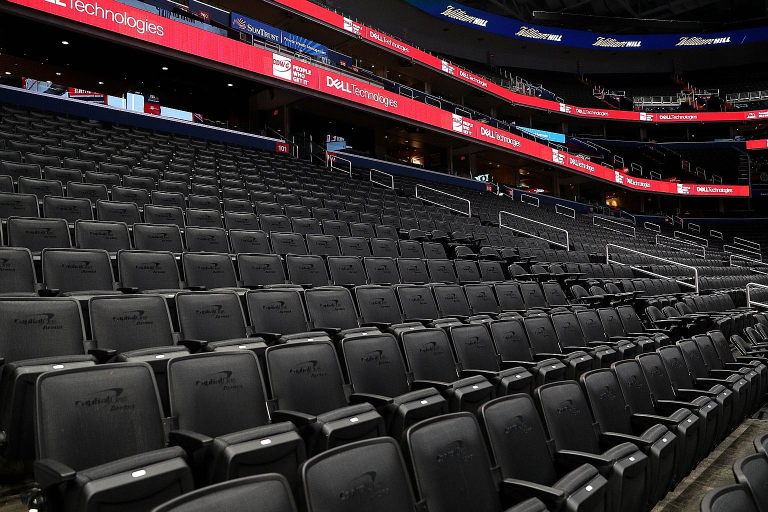 When the COVID-19 outbreak finally became engraved on the minds of Americans, the NBA was the first league to postpone the remainder of its season.

If you remember, it was a Wednesday night (March 11) when the Dallas Mavericks were hosting the Denver Nuggets in a nationally-televised game on ESPN, and the announcement came down that Utah Jazz player Rudy Gobert tested positive for the disease, which led the league to suspend all games indefinitely. In the following days, other leagues would follow in those same footsteps.

Here we are – seven weeks later – and there still has not been any progress made on when professional sports might return. The NBA, which was at the forefront of player, team, and personnel safety, has a lot of backing from team executives and agents to just cut their losses and cancel the season. After all, it would give the league a fresh start in hopes of planning things more carefully for next year.

While that would be a great idea, planning the games for next year hasn’t begun happening yet. Some local and state governments are still weighing options on canceling large-gathering events until 2021. Even some of the larger companies like Facebook and Microsoft have put off events until July 2021.

“It is the responsibility of the league office to explore all options for a return to play this season,” said an NBA spokesperson. “We owe that to our fans, teams, players, partners, and all who love the game.

“While our top priority remains everyone’s health and well-being, we continue to evaluate all options to finish this season. At the same time, we are intensely focused on addressing the potential impact of COVID-19 on the 2020-21 season.”

As we move closer and closer toward what would have been the end of the NBA season, there is still no word on what the official plan is just yet. In fact, NBA commissioner Adam Silver is allowing teams in cities with no restrictions to open facilities so that those players can begin working out on their own, or in limited groups.

“I’m surprised because (Silver) always errs on the side of caution and doing what’s right,” said one NBA agent. That same agent also said he thought Silver would have officially canceled the season by now.

Dr. Anthony Fauci, the White House’s health advisor on the coronavirus pandemic, believes that most sports won’t be able to return this season.

“If you can’t guarantee safety, then, unfortunately, you’re going to have to bite the bullet and say, ‘We may have to go without this sport for this season,'” said Fauci.

Then, there is the factor of money. Sports marketing executive Marty Conway estimates the NBA would lose $1 billion if the season is canceled. The total loss is based on media, corporate sponsorships, and game-day revenue.

The NBA definitely doesn’t want to lose all that money, so ideas from games with no fans in Florida or Las Vegas to protected bubble environments have been tossed around. Nonetheless, nothing is for certain in terms of making sure everyone is healthy.

“You’re saying, ‘You guys go ahead and risk getting the disease, as long as we have TV money,'” said longtime sports television executive Neal Pilson. “Are we going to know enough on May 1 or June 1, to schedule live sports on July 1 or August 1? I doubt we will know enough in the next 30 to 60 days to project live sports.”

At the end of the day, the players and everyone else involved in the league need some answers and direction as to where they’re going next. Not to mention, fans would like to know where the season is going – whether it’s good news or bad news.