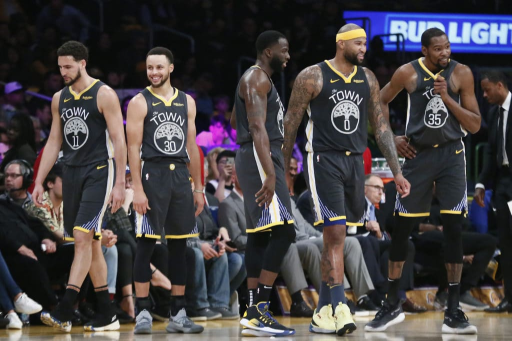 After a very exciting regular season, the top eight in the West are set, so without further ado, the previews begin.

Despite finishing with just 57 wins (lowest in Kerr era), the Warriors are back on top after serving as the #2 seed last year. Their matchup with the Clippers will not be as some expect it to be. The Warriors are primarily healthy, but Steph Curry did leave the team’s second-to-last regular season game with an injury, and he did not return.

The Clippers, on the other hand, shook their roster up in a significant way at the trade deadline, when they traded their most-likely All-Star candidate in Tobias Harris. The return from that deal was highlighted by Landry Shamet. This is a defense-first team that features a number of lockdown defenders and players who can sure knock down the outside shot.

The series will not be a cake-walk for Golden State, who has gone unchallenged in the opening round for four-straight years.

Prediction: Clippers take one at home, so GS in 5

Looking at this matchup on paper, some may think it favors the Spurs. Going against a Nuggets team that is lacking in playoff experience among its starters, and a team with a lot of youth. They are stocked with savvy veterans who have championship experience and are used to being on this stage. Led by DeMar DeRozan and LaMarcus Aldridge though, they have two of the best players who can’t hit a three.

Denver is led by superstar Nikola Jokic, whose ascension to the top has continued to amaze. The starting back-court of Jamal Murray and Gary Harris, along with their backups Monte Morris and Malik Beasley, have the ability to splash home jumpers whenever they choose to. Mike Malone has done a GREAT job this year.

Denver will have the upper hand, and after missing the playoffs for the past few years, they return home by advancing.

Prediction: Spurs win one in Denver, one at home. Nuggets in 6

Playing just six guys in their season finale in an effort to keep everybody rested, Portland was still able to come away with a win to slide into the #3 spot. They got swept while serving in this same slot last postseason by the Pelicans, so we’ll see what this year brings. OKC, on the other hand, was able to end the year with five straight wins after a long drought, so we’ll see if they are able to carry some of that momentum in.

The most intriguing part of this matchup will be watching the duo once known as the “Stache Bros” in Enes Kanter and Steven Adams duking it out against one another. The series is not only going to come down to the rebounding battle but the play of each team’s stars. Can CJ and Dame both score enough to help Portland build leads? Can “Playoff P” wake up after disappearing in the opening round last year? OKC has lost in the first round in both years since KD’s departure. Can Russ help change the narrative?

Prediction: The series will be competitive, and feature MUST-WATCH basketball… but the pick is… OKC in 6

Now this is a series! Houston is coming off a WCF appearance in a year where they were nearly impossible to consistently beat. Utah took down OKC in what was a surprise to many folks watching around the league. Both of these teams are led by their impressive shooting guards, and dominant two-way big men. Utah has three-point wings in Korver, Ingles, and Crowder. Houston will be getting triples from Gordon, Paul, Harden, Tucker, Green, House, Shumpert. Everyone but Capela/Nene can hit them.

This is no doubt the toughest series to predict, but if Utah is able to stifle Harden enough to MAKE CP3 constantly be the one to beat them, they could have an outside chance. It has to be a team defensive effort. Houston just had to make enough threes and have Capela limit Gobert’s rebounding.

Prediction: Houston in 7. It will be an AWESOME series.