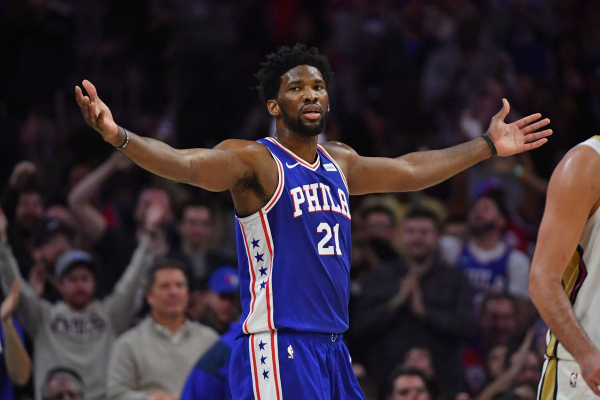 The Brooklyn Nets stunned the Philadelphia 76ers in the opening game of this best-of-seven series, but the Sixers have responded in a big way. Philadelphia has won three straight games to take a commanding 3-1 series lead over the Brooklyn Nets and will look to close it out on Tuesday night. This series has been extremely physical, and there have been plenty of ejections, and don’t expect Game 5 to be any different.

Philadelphia is looking to take the next step and reach the Eastern Conference Finals this season, but they still have plenty to prove. Brooklyn wasn’t supposed to be a playoff team this season, but they have been giving the Sixers all that they can handle. Brooklyn stunned the Sixers with a 111-102 victory in Philadelphia in the series opener, and they will look to do the same thing in Game 5. The Sixers appear to be completely healthy finally and would love to close out the series in this game and earn some extra rest. Philadelphia is an -8.5 point favorite over the Brooklyn Nets in Game 5.

All-Star center Joel Embiid has been battling a knee injury throughout this series, but he has been dominant when he has been on the floor. Embiid is averaging 25.3 points and 13.7 rebounds per game against the Nets and has been able to deal with their physical play. The Nets really don’t have an answer for the big man, and the Sixers need to continue to pound the ball inside. Philadelphia is shooting 49 percent from the field in this series as a team, and Embiid is a big reason for this terrific shooting.

Point guard Ben Simmons was booed off the court by the Philadelphia crowd in Game 1 of the series, but he has responded in a big way to lead this Sixers team. Simmons is averaging 18.3 points and 8.0 assists per game and has also done a terrific job on the defensive end of the floor. The Sixers are one of the deepest teams in the entire league, and their depth has been able to wear down the Nets in the latter stages of each game.

The Brooklyn Nets are capable of extending this series to a sixth game, but they are going to have to shoot much better from the three-point line. Brooklyn is shooting just 33 percent from the three-point line as a team but is still taking 34 shots from deep per game. Caris LeVert is knocking down almost 50 percent of the shots that he takes, but he can’t seem to shake the very good Philadelphia defense. There is no doubt that Brooklyn will continue to launch three-point shots in this game.

Point guards D’Angelo Russell and Spencer Dinwiddie have done their best to carry this Nets team in this series, but they can’t do it alone. Russell and Dinwiddie have combined for more than 40 points per game, and they know how to lead each unit of this offense. The Nets have given up more than 120 points per game in the last three losses, and they are going to have to figure out a way to slow down the 76ers.

Even though the Philadelphia 76ers have gotten three straight comfortable wins, the Brooklyn Nets have been extremely competitive. There is no love lost between these two teams, and you can expect a ton of chippiness in Game 5. Brooklyn just doesn’t have an answer for Joel Embiid, and that will be a huge problem again in Game 5. Bet the Philadelphia 76ers -8.5 over the Brooklyn Nets.