NBA Futures Odds: Milwaukee Bucks Should Be a Hot Ticket After Miami Sweep 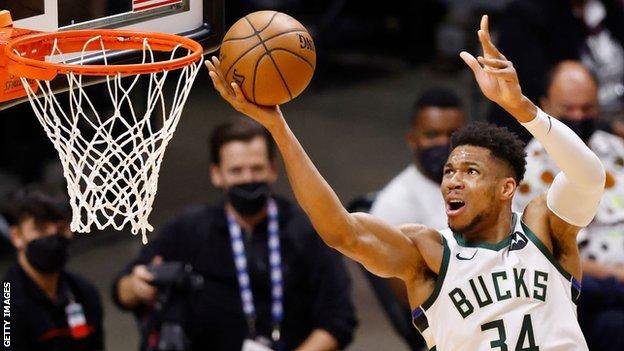 This season, the Bucks finished third in the East, but their chances look better than ever to win something significant.

I never like to put too much emphasis on revenge, but the Bucks certainly looked very motivated to beat the Miami Heat in the first round of the playoffs this season. The first game was tight but after that, they found another gear that Miami just couldn’t match. Milwaukee became the first team to secure a place in the second round of the playoffs and only Brooklyn, their next opponent in the East, has lower odds in the conference to win it all.

Is this the same Milwaukee Bucks team? The next series will determine that, but they could not have provided a more encouraging first-round impression.

Milwaukee Bucks Worth Backing Against the Favored Nets

Amazingly, the sweep has done no real impact on Milwaukee Bucks futures odds, which presents a buying opportunity.

The Bucks will be playing the Nets next and get a bit of a rest advantage over the East’s #2 seed. The Bucks wrapped up their sweep of the Heat on Saturday, while the Nets finished off a 4-1 series win over the Boston Celtics last night.

Rest is always helpful, but the Bucks are far from an old team, so extended rest is not going to give them much of an advantage. They did lose guard Dante DiVincenzo in the last series, but he is done for the year so a few extra days is not going to make a difference for that situation.

While rest may not help the Bucks, there is an advantage for Milwaukee that the Nets are having to play more games. Health is critical to all team’s chances but especially Brooklyn, whose three stars have all missed chunks of time this season. This is a fragile team, and the more games they have to play the more likely one of their stars is injured. In what could be a closer series a game or two missed by Kevin Durant or Kyrie Irving could make a big difference.

I was hot on the Bucks entering the playoffs, and everything we have seen has only reinforced that opinion. They looked really sharp in the sweep over Miami, and with Brooklyn and Philadelphia also looking strong in their first-round series, the NBA futures markets have not changed much.

Buy Now to Get the Best Value on the Milwaukee Bucks

There is a great opportunity to back the Bucks right now. At FanDuel Sportsbook, you can get +500 to win the NBA Finals and +250 to win the Eastern Conference. At this point, both bets present lots of positive value and hedging opportunities, especially with the Nets likely to be overvalued.

Right now the 76ers are the top team in the East, in terms of seeding, but they are priced higher than even Milwaukee. That means that the Bucks might even be the favorite if they played Philadelphia after beating Brooklyn. That makes it an even better situation to get down on the Bucks because their value might erode a little if they knock out the Nets.

You can feel great about making a Milwaukee future right now and then using a hedging strategy if they actually get to an elimination game. You can repeat that a couple of times in the Eastern Conference and have even more outs for the Finals if you go with that bet.

Now is the time, unless you think the Bucks are still a fraud. I don’t. They might not win it all, but they can definitely make you some money.