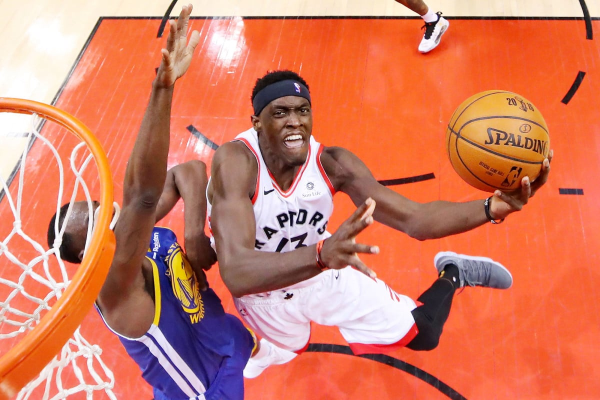 Game 1 was a really interesting game because I think it showed a lot of what I wanted to see in the series when it came to a personnel standpoint. I think that most things went the way I expected when it came to a schematic perspective, but the Raptors were the better team when it came down to executing. However, I don’t know that it means that they will continue to be that. The line on this game is -2 in favor of the Raptors at home, which means that Game 1 seems to have swayed the line about a point in the winning team’s favor.

The first thing I do when looking at a series as a whole is attempt to understand which matchups both teams will attack and how they will do in those areas. Then you want to try and understand the mismatches and how those can or cannot be masked.

After the first game or two, you need to take a step back from your initial thoughts and see how things have gone according to your initial perspective. We have seen multiple matchups in this postseason that looked one way initially and completely flipped down the road.

The biggest thing you will notice from analyzing this box score is that there was basically one important outlier in the game. Pascal Siakam was 14-17 from the field including 2-3 from the 3-point line. Siakam had a career game in Game 1, but we have actually seen him do this a few times already in these playoffs, and simply put, don’t count on it.

I love Siakam’s game and have been a fan for a while, but he doesn’t have the offensive skill set to score 30 points semi-consistently. Siakam has a really interesting offensive game, and it is one that I wish a lot more players adapted. It revolves around trying to score easy points.

You will often see Siakam score on weak side putbacks or by leaking out after an opponent’s shot and getting a fastbreak layup. There is nothing wrong with these things, but they are things that can be stopped if you put a defensive emphasis on them after they hurt you once. His performance was eerily similar to the performance he had in Game 1 vs. Philadelphia.

Other than this, I think that everyone was right around their norm. I think that the Golden State guards will see relatively good matchups, and I expect them to do well here, which they did in Game 1. Draymond had a rough game, but he isn’t going to pop off for 20+ often anyways.

Kawhi and Lowry were disappointing, but I wouldn’t expect a ton from them over their averages anyways. The Warriors were a little below expectations from the field but made 94% of their free throws.

The biggest change that I see here is that we will not have a Pascal Siakam blow-up game again. Now, there is almost always a blow-up game, and I think that the Warriors guards are the most in-position to blow up. That being said, I like the Warriors on the road here getting 2 points. I think they win this game outright.