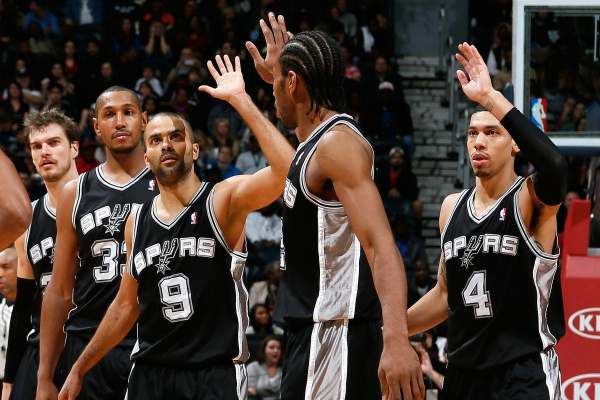 Two of the best franchises in the NBA will square off in San Antonio on Sunday night. The San Antonio Spurs will host the Golden State Warriors in a battle of recent NBA Champions, but both teams have plenty of question marks this season. This game will also feature two of the best coaches in the NBA, Gregg Popovich and Steve Kerr, going head to head.

This will be the second game in two nights for the Golden State Warriors after taking on the Dallas Mavericks on Saturday. The Warriors enter this weekend with a 12-4 record and lead the Pacific Division by two games. San Antonio has lost three straight games to fall to just 7-7 on the season. The Spurs sit in second place in the Southwest Division, trailing the Memphis Grizzlies by 1.5 games. Both the Spurs and Warriors could desperately use a win in this game.

The Golden State Warriors are going through their roughest week in recent years, and a lot of the problems are self-inflicted. Draymond Green was suspended for a game earlier this week after a verbal altercation with Kevin Durant. Rumors have begun to circulate about Durant leaving the Warriors after the season, and all of this has affected the Warriors play on the court. To top it off, Stephen Curry is still out with a groin strain and will not play in this game. Head coach Steve Kerr will need to pull off a great coaching job to get his team ready to play this weekend.

San Antonio Spurs head coach Gregg Popovich is looking for more consistent play from this team. The Spurs have lost five of their last six games after getting off to a 6-2 start. The Spurs just lost all three games on their most recent road trip, and their offense was a big reason why. On the season, the Spurs are averaging just 107.9 points per game this season. They still feature a top-10 defense, which has become a staple under Popovich.

While the offense as a whole has struggled this season, DeMar DeRozan cannot be lumped into that group. The shooting guard is averaging 25.6 points per game in his first season with the Spurs after a stellar career in Toronto. LaMarcus Aldridge is averaging a double-double with 17.4 points and 11.0 rebounds per game this season. The Spurs have just five players averaging double-figures this season, and they are clearly looking for more depth on offense.

These are two very proud franchises that have been at the top of the NBA for the last decade. Both teams have gone through rough patches at times this season, but the Spurs and Warriors should both be playoff teams in the Western Conference. The Warriors will be without Stephen Curry in this game, and that will make a huge difference. Look for the San Antonio Spurs to beat the Warriors on Sunday and continue the miserable week for Golden State.