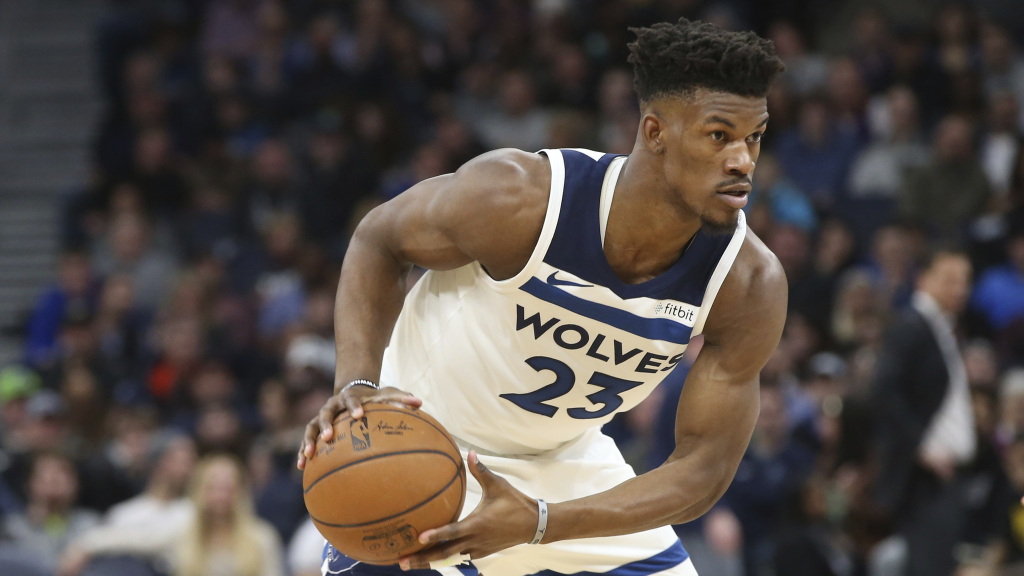 A pair of Western Conference foes will get together on Friday night; as the Minnesota Timberwolves take on the Golden State Warriors. Both teams have high hopes for the postseason, with the Warriors as the back to back defending champions, and the Timberwolves looking for a second straight trip to the postseason.

Golden State has started this season with an 8-1 record. The Warriors have won 6 straight games, and at home this season, they are 4-0. Golden State is scoring a league-high 125 points per game. For Minnesota, they are coming off back to back wins, including their most recent over Utah without the services of Jimmy Butler. Butler is expected to play in this game Minnesota is 4-4 on the season and tied with the Clippers and Pelicans for the 8th and final playoff spot in the Western Conference.

The Golden State Warriors come into this game as massive home favorites. The Warriors are -11 over the Timberwolves, with a very high total. The total for this game between these two Western Conference rivals sits at 243.

The Golden State Warriors are rolling right along since their road loss at Denver. Since that loss, the Warriors have scored 120+ points in each of their last six games. The most recent win saw them pour 131 in on Golden State. The Warriors had 90 points at halftime of the win over the Bulls, only to settle with 149 for the game.

The Warriors have stars all over the court. If DeMarcus Cousins was in action, they would have 5 All Stars in their lineup. Golden State is led in scoring by Steph Curry with his 33 points per game. Kevin Durant, Klay Thompson and DraymondGreen are also putting up sensational numbers. Green is the top assist man for Golden State with 8.2 per game.

The Warriors are seeking to get back to 60 wins in the regular season after getting just 58 a season ago. The three previous seasons, the Warriors won 67, 73 and 67. Golden State holds a two game lead on the Sacramento Kings for the top record in the Pacific Division.

There is all sorts of drama in Minnesota, and most of it comes from their top scorer Jimmy Butler. Butler did not play in the win over the Jazz, which paved the way for Derrick Rose scoring 50. Butler is scoring 22.5 points per game, while big man Karl Anthony Towns is adding 10.6 rebounds per game. Starting point guard Jeff Teague is adding nearly 7 assists per game.

Butler still would like traded, and he is even questionable to play in this game. Andrew Wiggins has been in and out of the lineup with injuries, which explains their up and down start. The Timberwolves started the season with road losses to the Spurs and Mavericks, with a home win over Cleveland, sandwiched in.

The Timberwolves over their last two games are scoring 126 points per game and allowing 122.5. If the game is close, Minnesota has had experience playing in tight games. The Timberwolves are only ahead of the Oklahoma City Thunder in the Northwest Divisional standings.

Thriller by the Bay

With Jimmy Butler, the MinnesotaTimberwolves can compete in this game, and have a chance to win late. We know that Minnesota has experience late, but the better team is Golden State. With Butler playing, the Timberwolves have enough scoring with their three-headed monster, and Rose coming off the bench to compete. When push comes to shove though – the combination of Curry, Durant and whoever else feels like knocking down shots is going to be enough. The Warriors win this game, but Minnesota covers the spread.

One more side note – this game features the only two players in the NBA this season that have scored 50+ points in a single game. DerrickRose and Klay Thompson. If you like points; they will be scored on Friday night.