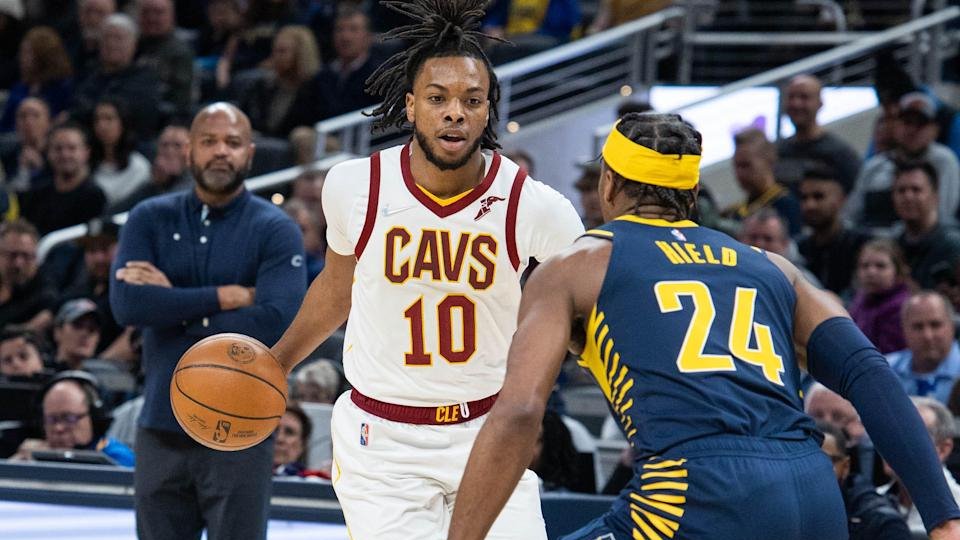 Entering the final day of the regular season, there is a lot left to decide with NBA playoff and play-in seeding. One of the most important games will take place in Cleveland, as the Cavaliers will host the Milwaukee Bucks.

The Cavs head into their regular season finale with a play-in spot already locked up, but it is not yet known where they will be playing.

They have the same 43-38 record that the Brooklyn Nets do, but the Nets hold the tiebreaker and therefore would host the Cavs in a #7 vs. #8 matchup on Tuesday night. But if the Nets somehow lose to the Indiana Pacers at home and the Cavs do their part and take down the Bucks, the Nets vs. Cavs matchup will be in Cleveland instead.

The Bucks aren’t set as the #2 seed, as the Celtics could take it with a win in Memphis over the Grizzlies and a Cavs win over the Bucks. But, fortunately for both the Celtics and the Cavs, securing the best possible seed does not appear to be a major priority for the reigning NBA champions.

As per the latest news, Giannis Antetokounmpo, Khris Middleton, Brook Lopez, and Bobby Portis are all not expected to take the court in Cleveland. After all, the Bucks opted to save their bodies and their best form for the playoffs last season, and it worked out pretty darn good in the end.

But will the Cavs take advantage of this generosity and get the win that puts their fate squarely in the hands of the Pacers? Or will the Bucks still manage to secure the #2 seed in the East even with Giannis and others absent?

Will the Bucks’ Scoring Streak Come to an End with Key Players Rested?

With five of their top six scorers set to miss the game–Grayson Allen (hip) is also out–a rather impressive streak for the Bucks will be in real jeopardy.

Since being held to 99 points in a 16-point loss in their most recent trip to Cleveland, on January 26, the Bucks have not been held under 100 points. Milwaukee has hit the century mark in 31 straight games. Here’s a breakdown of their scoring in that stretch:

So, even though they might well lose out to the Celtics for the #2 seed, the Bucks are very clearly one of the leading 2022 NBA championship favorites. A title repeat will not come easy, but it won’t be easy to send them packing either.

With so many of their key offensive contributors putting their feet up for the regular season finale, extending their streak to 32 will be a tough task, especially against the Cavs. The Cavs have already held the Bucks under 100 points twice this season, which is no small feat when you consider that Milwaukee has hit triple digits in 69 of 81 games to date.

But will the Cavs make the most of the opportunity that they will have? Their recent form is certainly not inspiring.

All-Star big man Jarrett Allen suffered a fractured middle finger against the Raptors on March 6 and has been out since, which has been a big blow. Allen is making progress in his recovery, but he won’t be in action for this matchup. When he went down, the Cavs went 37-27. Since then, they are only 6-11.

The Cavs also had to play five consecutive games without NBA Rookie of the Year favorite Evan Mobley, who returned for Friday’s loss to the Nets after being sidelined with a left ankle sprain.

With Mobley joining Allen on the injured list, the Cavs had a rough stretch, losing four of five and giving up 110+ points in each of the losses.

The Bucks won’t have a ragtag bunch of scrubs on the court in this one. Jrue Holiday appears to be available, along with Wesley Matthews, Pat Connaughton, Jordan Nwora, and Jevon Carter.

That’s certainly not a lineup that you want to be trotting out in a meaningful game–or rather, a meaningful game that you are trying your hardest to win–but against a team that has not been near its best defensively recently, there’s enough in that group to keep the 100-point streak going.

But if the Cavs don’t take care of business in this matchup, regardless of the result in Brooklyn, it will be tough to envision them being one of the two teams to advance from the Eastern Conference’s play-in games.

The Cavs may be on a pretty rough run as the regular season comes to a close, but Garland has certainly been trying to do his part to reverse the team’s results.

Garland has also had a number of good perimeter performances recently, hitting three or more threes in five of his last seven games. In that stretch, he has made 23 of 44 (52.3 percent) from outside. With the form that he is in and this being game in which his team will need him to show up and show out, both of these props are great picks.

The 2022 Formula 1 season is only six races deep, but the race for this season’s championship alerady appears to be down to just two drivers. Last season, Red Bull driver Max Verstappen claimed his first Formula 1 World Drivers’ Championship in highly controversial circumstances, with Lewis Hamilton denied what would have been a record-breaking END_OF_DOCUMENT_TOKEN_TO_BE_REPLACED