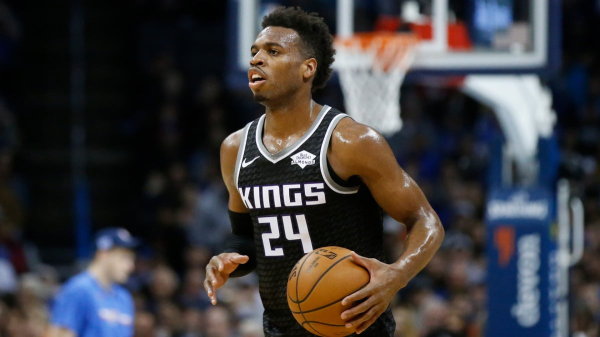 Friday night features a matchup of East versus West as the Milwaukee Bucks (33-6) travel to the Golden 1 Center to take on the Sacramento Kings (15-23). This is a David versus Goliath-type game, as the Bucks rank first overall in the Eastern Conference while the Kings come in a disappointing 11th in the West. Tipoff for this one is scheduled for 10 pm ET.

The Bucks come into this one having won six of their last seven games, including a 107-98 win over the Golden State Warriors on Wednesday. Their lone loss in that stretch was a 126-104 loss to the San Antonio Spurs. At this point, the Bucks look like the team to beat in the East, as they have a commanding five-game lead over the second-place Miami Heat.

For the Kings, it has definitely been a rough start to the season. At 15-23, they sit in 11th in the West, 15.5 games behind the first-place Lakers. They come into this one having won three of their last four, including a 114-103 win over the Phoenix Suns on Tuesday.

Prior to that, though, they had lost eight in a row. They will look to keep the win streak going on Friday against a tough Bucks team.

The Bucks come into this one as eight-point favorites despite playing on the road.

One Of The NBA’s Best

There are a lot of great players in the NBA, but few of them come even close to being as good as Giannis Antetokounmpo is. Antetokounmpo, also known as the “Greek Freak,” is averaging 30.2 points, 12.8 rebounds, 5.5 assists, 1.3 steals and 1.1 blocks per game this season. With him leading the charge, it is not shocking that the Bucks have only lost six games.

He hasn’t done it alone, though. The impressive thing about the Bucks is not only do they have Antetokounmpo, but they have plenty of talent around him. Khris Middleton has been dynamic himself, averaging 18.8 points, 5.7 rebounds and 3.9 assists, while Eric Bledsoe has chipped in 14.9 points, 4.6 rebounds and 5.3 assists per game.

Despite a rough start to the season, there is some talent on the Kings. Bobby Hield is starting to come into his own as a shooting guard, averaging 20.4 points, 5.1 rebounds and 3.1 assists per game. Point guard De’Aaron Fox has also been solid, averaging 18.3 points, 3.9 rebounds, 6.8 assists and 1.3 steals per game.

Unfortunately for the Kings, Richaun Holmes (13.1 points, 8.5 rebounds) has been ruled out for this one, and Marvin Bagley III (13.7 points, 6.9 rebounds) is questionable.

Taking The Bucks To Win And Cover

In the previously mentioned battle of David versus Goliath, I just have a hard time seeing David winning this time. The Bucks have shown that they are not only the best in the East, but they are one of the best in the entire league.

The Bucks have one of the best players in the NBA in Antetokounmpo, and Sacramento just doesn’t have the skill or depth to run with the Bucks. Despite playing on the road, I see the Bucks controlling this one from the get-go and covering the eight-point spread. For my money, I am taking Milwaukee.