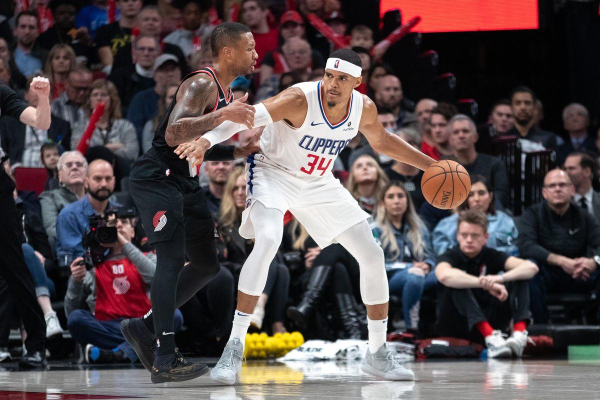 The Clippers and Lakers will square off for a showdown in Los Angeles on Friday night. This is the first matchup between these rivals this season, and there will be plenty of excitement inside of the Staples Center. Both the Clippers and Lakers are playing well this season, and are battling each other for second place in the Pacific Division standings.

The Clippers come into this contest having won three of their last four games including an impressive 127-118 over Sacramento earlier this week. The Clippers come into this game with a 20-14 record and are within three games of the Golden State Warriors in the division. The Lakers enter this game with a 20-15 record after losing to the Kings on Thursday night in their first full game without LeBron James. Despite the loss on Thursday, the Lakers are much improved this season and look like a real contender in the Western Conference.

The Clippers are favored at -5.5 in this matchup.

No LeBron Could Be An Issue For Lakers

LeBron James suffered a groin injury on Christmas Day and is expected to miss a few games until he is fully healed. The absence of James will be a huge test to a young Lakers squad, who struggled mightily a season ago without him. LeBron leads the team with 27.3 points, 8.3 rebounds, and 7.1 assists this season, and his leadership will also be missed. The Lakers need to find a way to piece together a few wins to keep them in the race until he returns.

Kyle Kuzma and Brandon Ingram are two of the players who will be called upon to step up without LeBron in the fold. Kuzma is averaging 18.1 points per game this season and is shooting 48 percent from the field. Ingram is averaging 15.5 points per game this season but should get more scoring opportunities without LeBron on the floor. The Lakers still have plenty of talent on their roster, but those pieces will need to step up.

The Los Angeles Clippers are one of the biggest surprises in the NBA this season, and they show no signs of slowing down. The Clippers are getting the job done on offense this season, pouring in 115.9 points per game, which is the third-best scoring average in the league. Los Angeles could use some work on defense, allowing 114.7 points per game, but their offense has been good enough on most nights. Look for the Clippers to try to speed up the game against the Lakers.

Tobias Harris has been the main offensive weapon for the Clippers this season, but he has had plenty of help. Harris is averaging 21.5 points and 8.2 rebounds this season to lead the team and is playing at an All-Star level. Sixth Man of the Year candidate Lou Williams leads the team with 4.9 assists per game, while also pouring in 17.6 points per game. The Clippers don’t have a big name star player on their roster, but they have plenty of talent to compete in the Western Conference.

The Clippers have long been trying to get out of the shadow of the Lakers in Los Angeles, and this just might be the team to do it. It will be interesting to see how the young Lakers react to playing without LeBron James, but you can expect them to take a step backward. The Lakers will need to replace a ton of scoring without James, while the Clippers have been putting up points all season long. Bet the Los Angeles Clippers to beat the rival Lakers on Friday night.