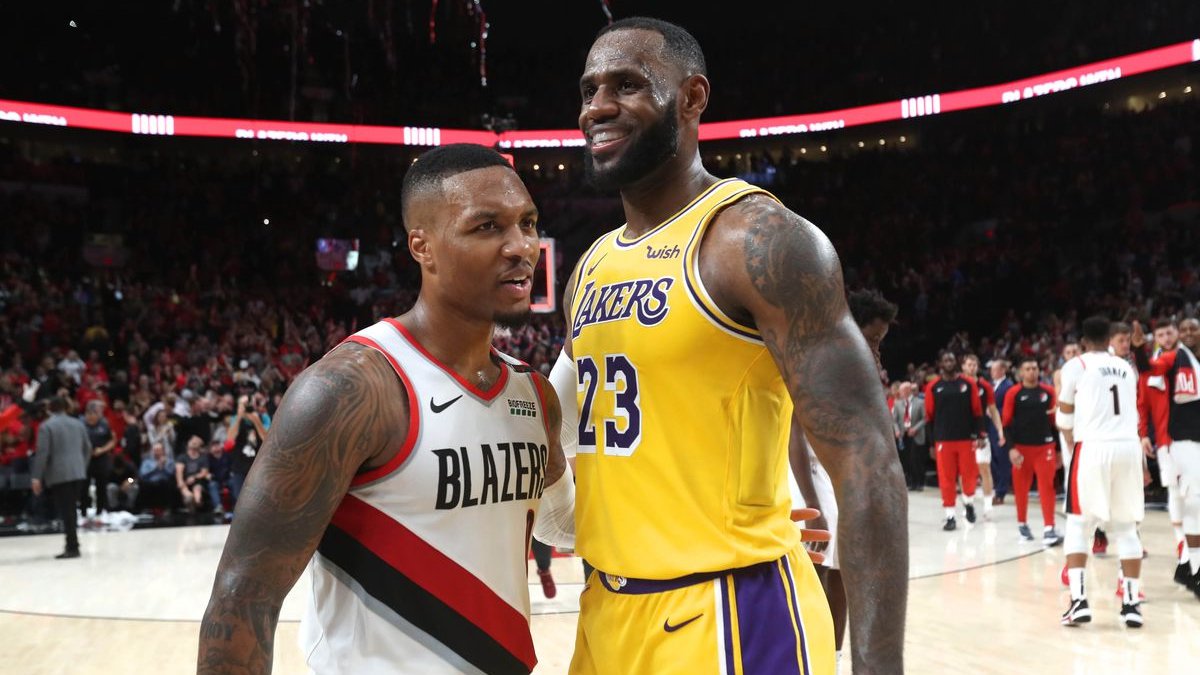 The new NBA season has not started pleasantly for Damian Lillard or the Portland Trail Blazers. The Blazers won last night against the Indiana Pacers to break a three-game losing streak, but they have mustered just four wins in their first nine games.

A big part of that is Damian Lillard’s early shooting struggles. Lillard has long been one of the NBA’s elite scorers, but his shot has not been falling so far.

As much as some like to think that elite athletes shouldn’t have slumps this severe, they are as human as anyone else, it is a major, major overreaction to say that there is something seriously wrong with Lillard or that this is how his entire season is going to go. A turnaround is imminent, and we’ll soon enough see him light teams up on a regular basis once again.

But for now, it is a tough sight to see one of the NBA’s most prolific performers off of his game for a long stretch. Lillard has shot below 40 percent from the field in seven of nine games, and after averaging more than four made threes per game each of the last two seasons, he has made four or more only twice so far. Astoundingly, he has missed all of his attempted threes in a game three times already. Last season, he did that the same amount of times the entire season, regular season and postseason included.

But there is a good possibility that Lillard might start to shake his slump tonight as the Blazers host the LeBron-less Lakers.

Career Numbers Against Lakers Point to Positive Performance for Lillard

While there is also a rush to search for issues with the Lakers, especially with last season in mind, it does have to be said that their only losses since losing their first two games of the season…are both against the Thunder, of all teams. That doesn’t really make a lot of sense, but then again, a lot of things don’t make sense in sports and in sports betting, do they?

That said, they happen to be the perfect slump-busting opponent for Lillard, as they are one of his favorite teams to play against.

With those numbers in mind, it’s a good night to consider Lillard props. You don’t have to jump on all of them, but a few especially stick out: points, to score 30+ points, and the points + rebounds and points + rebounds + assists combos.

Damian Lillard player props are via FanDuel Sportsbook as of Saturday, November 6, 2021 at 5:25 p.m. ET.

For what it’s worth, if Lillard doesn’t have his best game of the season tonight against the Lake Show, don’t bank on it being in the Blazers’ next game. The Clippers, who host Portland on Tuesday night in TNT’s late game, are arguably Lillard’s least favorite opponent from an individual standpoint. Lillard averages only 19.4 points per game against the Clippers, his lowest average by some distance against any team (the Celtics are next at 21.1 points per game). And the Clippers are one of only three teams against whom Lillard has shot under 40 percent, with the Celtics and Memphis Grizzlies being the other two.

The 2022 Formula 1 season is only six races deep, but the race for this season’s championship alerady appears to be down to just two drivers. Last season, Red Bull driver Max Verstappen claimed his first Formula 1 World Drivers’ Championship in highly controversial circumstances, with Lewis Hamilton denied what would have been a record-breaking END_OF_DOCUMENT_TOKEN_TO_BE_REPLACED