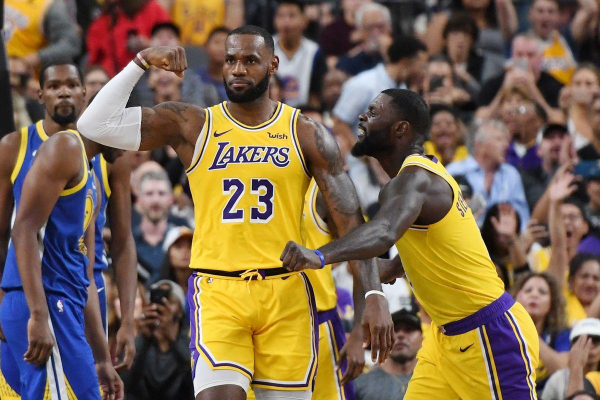 Lebron returns home on Wednesday, but this time, he will be wearing the purple and gold of the Los Angeles Lakers. While emotions will likely be running high, don’t think that will distract Lebron from trying to have a big night. Just take the Lakers’ last game for example. Facing the Miami Heat in Miami, the team and city that Lebron first won a championship with, Lebron went off for 51 points and 8 rebounds. With a return to his hometown to face a weak Cavaliers team, Lebron may be able to replicate that success.

On the Cavaliers side, they are currently a mess. They have struggled to find any consistency and to add to matters, they have had some drama as of late with J.R. Smith, who is taking a leave of absence from the team as they work to possibly move him. Regardless, the two will matchup on Wednesday when the Lakers (9-7) travel to Quicken Loans Arena to take on the Cavaliers (2-13). Tipoff is scheduled for 8:00 pm ET.

The Los Angeles Lakers come into this game as 9-point favorites, despite playing on the road. The over/under on points scored is set at 221.

On both sides of the ball, the Lakers have been the better team. According to basketball-reference, the Lakers rank 9th in the NBA in adjusted offensive rating at 112.16 while the Cavaliers come in at 27th with 105.77. On the defensive side, the adjusted defensive rating has the Lakers ranked 18th at 110.24 points and the Cavaliers falling to dead last at 116.34 points. In others words, on average when taking opponents strength into consideration, the Lakers are scoring more and giving up fewer points on defense.

The Lakers have finally put together a good stretch of basketball and that has them back over the .500 mark this season. As predicted, the success revolves highly around Lebron James. On the season, Lebron is averaging 28.8 points, 7.7 rebounds and 6.9 assists per game. Like he has done so many times throughout his career, he is carrying a team that only has average talent and making the players around him better than they really are.

The absence of Lebron this year has really illuminated how good he was and how much he had to carry the team as the Cavaliers have been brutal without him. At 2-13, they have struggled to sustain any kind of momentum and have lost 7 of their last 8 games, including a 113-102 loss to the Detroit Pistons on Monday.

Technically, the leading scorer in terms of average points per game has been Kevin Love with 19. The problem, though, is Love has only played in 4 games this season, further depleting an already rough lineup. With Love out, Jordan Clarkson has been the leading scorer averaging 15.4 points per game. Aside from Clarkson, George Hille (12.6 points), Rodney Hood (12.9 points), Cadi Osman (10.7 points, 4.8 rebounds), Collin Sexton (13.2 points), and Tristan Thompson (10.1 points, 10.5 rebounds) have been their leading producers.

It is just going to be a long season in Cleveland this year. They are without a true star and wins are really going to be hard to come by. Looking at their season, I would consider picking the Lakers to win even if Lebron wasn’t playing, so with him in the lineup, I am taking the Lakers not only to win, but to cover the 9-point spread. Take the Lakers at -9.