Will the Instability of the Houston Rockets Cost Them The Game Against the Los Angeles Lakers? 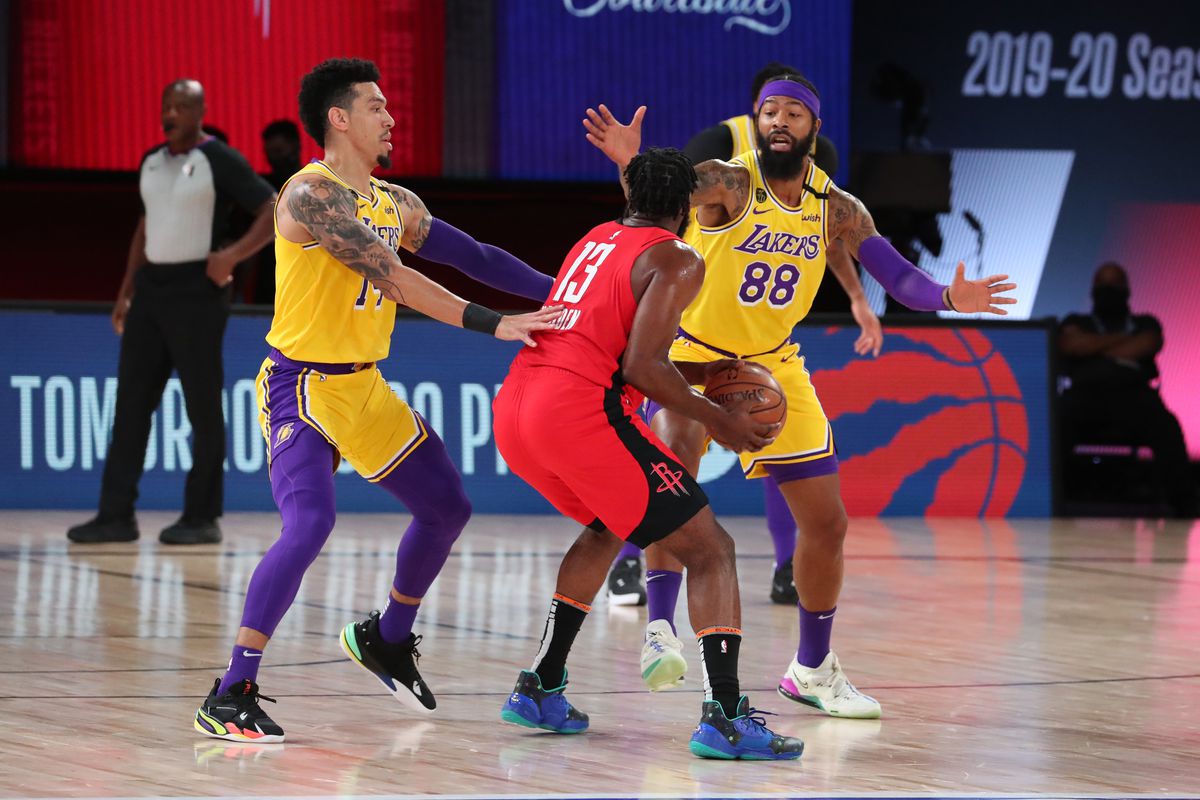 Even as every NBA game promises to be an intense matchup, the Los Angeles Lakers squaring up with the Houston Rockets is more of a clash of the titans. The Lakers were responsible for sending the Rockets home in the Western Conference Playoffs, dashing their hopes of contesting for the championship. Perhaps, this will be a retaliation for the Rockets, or just any day at the office for the Lakers as they go on to assert their dominance in the league. Both teams will be meeting for the first time in the 2020-21 season, and it promises to be a riveting contest. The Lakers will have to the Toyota Center, Houston, Texas, on Sunday, January 10, 2021, and will tip-off at 7 PM EST.

The Lakers, even though they blew a 5.5 spread in their last match against the Chicago Bulls are 0-4 away from home. Asides from them being the champions, this is another reason why they are favored to win with a -174 Moneyline on FanDuel. The spread is only -4 (-110), which suggests that this will be a very close contest. The Rockets are coming off a resounding thrashing of the Orlando Magic 132-90 but, it is not enough to have them as favorites against the champions. The Rockets’ Moneyline odd stands at +146 at FanDuel.

The Los Angeles Lakers are on a 7-3 run in the Western Conference but are undoubtedly missing Anthony Davis. It has not been the worst start for the champions but is also not the best, considering that they have played the second easiest schedule in the NBA this season. However, King James is continually carrying the team on his back, just as he has done in season’s past. LeBron James leads the team in scoring, averaging 24.5 points and 7.8 assists per game. In the close win against the Chicago Bulls in their last outing, LeBron recorded 28 points, 7 rebounds, and 7 assists.

The new roster of the Lakers has also proved very effective as Dennis Schroder and Marc Gasol have hit the ground running. It is impossible not to note the contributions of Montrezl Harrel, who finished the game against the Bulls with 17 points and a team-high 14 rebounds coming off the bench. The introduction of Davis might be the boost the Lakers need to blow every other team out of the water. However, with his status being on a day-to-day basis, it is unlikely that we see the same Lakers that came from a one-game loss to winning the next four against the Rockets in the 2019-20 season Playoffs.

Will the Instability in Houston Cost Them The Game?

James Harden is an exceptional basketball player who has since requested to be traded as he wants to play in a team that can contest for the championship. His request has sparked controversy, and the team is now unstable. So far, the Rockets have not gotten into their stride, as they are on a 3-4 run, and are ranked 12th in the Western Conference. However, it will be a battle of the James’ as James “The Beard” Harden is always a threat whenever he is on the court. In the Orlando Magic thrashing, Harden was not a big contributor, as relates to points, as he recorded only 15 points and did not make a trip to the free-throw line. But he made sure his teammates had easy buckets as he recorded a whopping 13 assists on the night.

The Rockets will want revenge against the Lakers but are 0-3 against possible playoff teams so far in the 2020-21 season. The Lakers have an impressive four wins in four games away from home and will be looking to stretch it out to five in five. It will be a close contest as we might see both James’ spend more time on the court to help their teams to a victory. The Lakers are better positioned to win the game, however, it will likely be by a small margin.