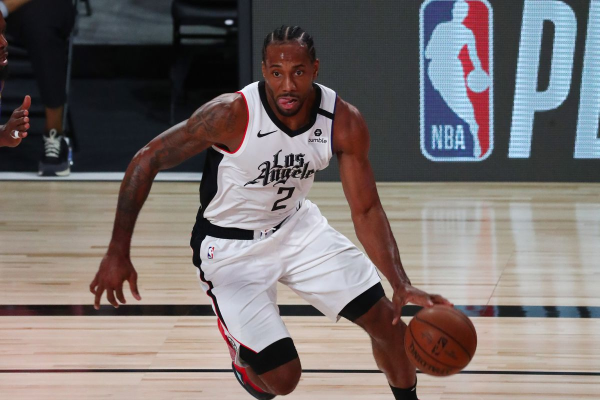 Monday night features a Western Conference showdown as the Los Angeles Clippers (1-1) square off with the Denver Nuggets (1-1). This is the third game of the best of seven semifinal series. Tipoff for this one is scheduled for 9:00 pm ET from the Advent Health Arena.

After getting blown out in Game 1, the Nuggets came back with a vengeance in Game 2, beating the Clippers 110-101. In the victory, Jamal Murray (27 points, three rebounds, six assists) and Nikola Jokic (26 points, 18 rebounds, four assists) led the way for the Nuggets.

In the Game 2 loss, Paul George led the Clippers with 22 points, eight rebounds, and three assists. Surprisingly, forward Kawhi Leonard struggled, only managing 13 points. He did add 10 rebounds and eight assists, but the Clippers need him to be more of a factor on the offensive side if they are to win Game 3.

If you are betting the series winner, Los Angeles is still the overwhelming favorite at -1050. The Nuggets are at +630 to win the series.

On the defensive side, it is the Nuggets who hold the slight edge. They come in 11th in points allowed per game at 109.6. The Clippers rank 14th overall, allowing opponents an average of 110.3 points per game.

Leonard and Clippers Look To Get Back On Track

It was certainly a rough shooting night for Kawhi Leonard in Game 2. He went 4 for 17 from the field, including 0-for-3 from long range. His postseason performances have shown that he will be better, though.

This postseason, he is averaging 29.9 points on 52.8% shooting. He is also adding 9.1 rebounds and 5.3 assists per game. The Clippers will look for a bounce-back game from Leonard, and if he does, they should be in good shape.

While Leonard struggled, Paul George played well. Despite a sluggish start to the postseason, George has turned it on lately. In 8 games this postseason, he is now averaging 19 points, seven rebounds, and 3.9 assists per game.

Anyone who watched their first series with the Jazz knew that the Denver Nuggets were a better team than what they showed in Game 1. Having tied it up at one apiece, they are looking to shock the Clippers and take the series advantage on Monday.

To do so, they will need Jamal Murray and Nikola Jokic to continue to play at a high level. This postseason, Murray is averaging 28.9 points on 52.4% shooting while also adding five rebounds and 6.2 assists. For Jokic, he is averaging 25 points, 8.7 rebounds, and five assists per game. As evident in Game 2, when they get rolling, they are tough to contain.

Clippers Win, But Can They Cover?

This one comes down to Kawhi Leonard for me. He has to play better than Game 2, and I expect that he will. It is an interesting matchup of superstars as you have Leonard and Paul George on the Clippers versus Nikola Jokic and Jamal Murray on the Nuggets.

However, the difference is the bench with the Clippers having a far stronger and deeper supporting cast. For that reason, I see them winning Game 3.

Now that the feeling out process between the two teams is behind them, I anticipate this one will be closer than either of the first two games. While I like the Clippers to win, I do like the Nuggets at +7.5.